With more people working from home, the pressure to ban the noisy blowers is building. 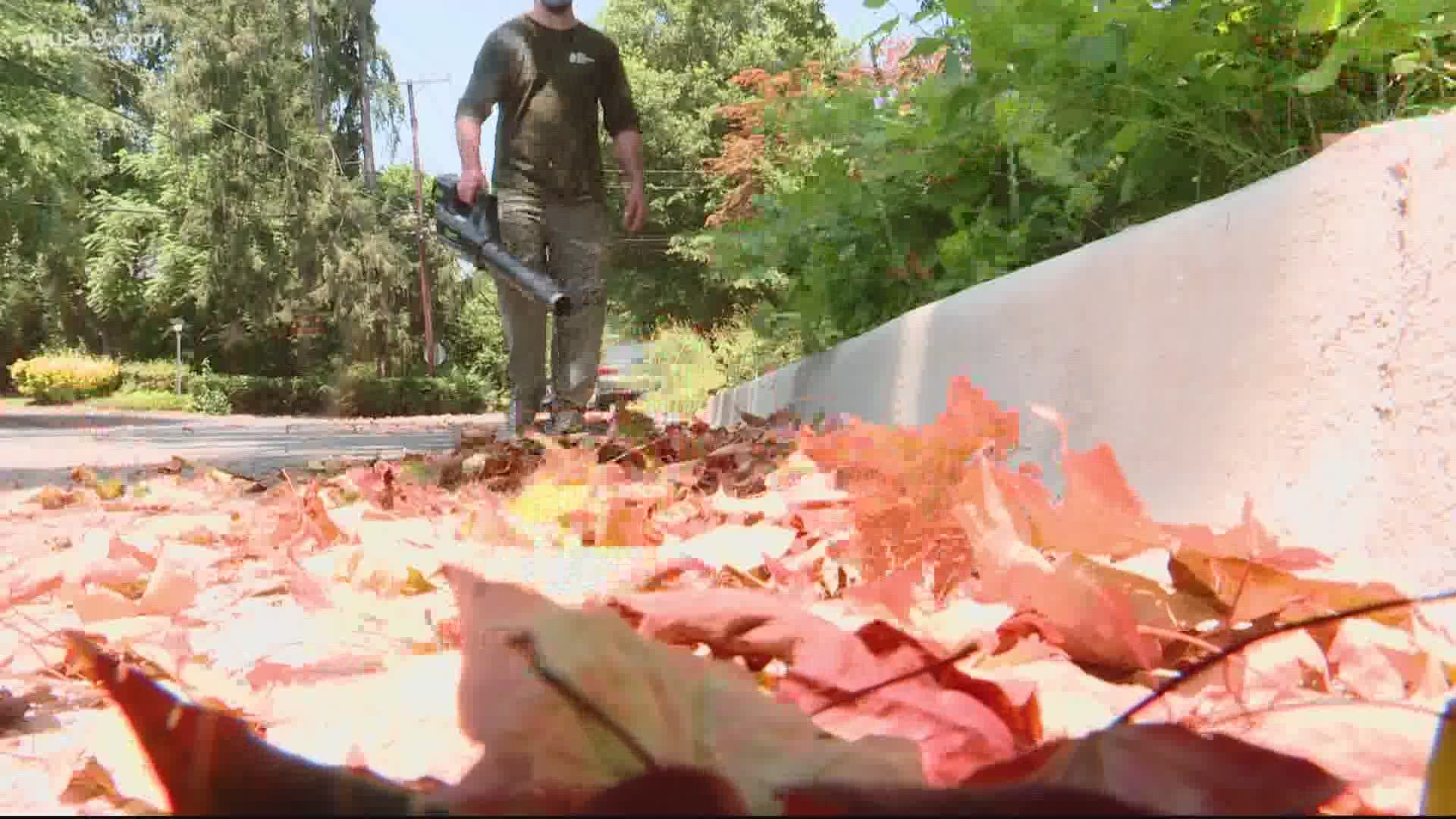 CHEVY CHASE, Md. — The town of Chevy Chase, Maryland is considering a ban on gas-powered leaf blowers. If the measure passes it would mean landscapers would have to make a costly switch to battery-powered blowers.

Those in favor of the ban say the move would cut down on noise and pollution.

“The noise is really irritating when everyone is at home," Stuart Sessions, the man advocating for the ban, said.

Sessions said with so many people now working from home due to the pandemic, the pressure is mounting with a petition to speed up their elimination.

"Public sentiment is strongly in favor," he said.

Sessions is on the town’s environment committee, which has been working toward a ban for years. He said the gas-powered blowers are big polluters, due to the gas and the noise.

A scientific study by the nonprofit Quiet Communities cited evidence that they really are more annoying.

“The low-frequency noise from the gas blowers both travels farther and penetrates walls and windows, which the noise from the battery blowers doesn’t do," Sessions said.

If the town moves toward a complete ban, it would match the timing with neighboring D.C. and Chevy Chase Village, which will have similar bans coming into place for the start of 2022.

Landscaper Paul Golob said the phased-in approach is important because of the expense of switching. Batteries cost hundreds of dollars each, so an extended period of time allows landscapers to replace their old gear as it ages out.

“To run it can be expensive," Golob said. "Once you do it you don’t have ongoing costs though, so it’s a capital investment."

Golob said limiting days will affect landscapers who often need weekends to make up missed work due to weather. Still, he’s chosen to work with battery power because he said new technology now makes it possible to work with it economically. He said the decreased pollution is not only better for the environment, but it's also better for the health and safety of workers.

The Chevy Chase Town Council will be holding a public hearing about the ban on Wednesday, July 8.