Cause of death released for CDC scientist Timothy Cunningham

The CDC scientist went missing nearly a month before he was found dead. 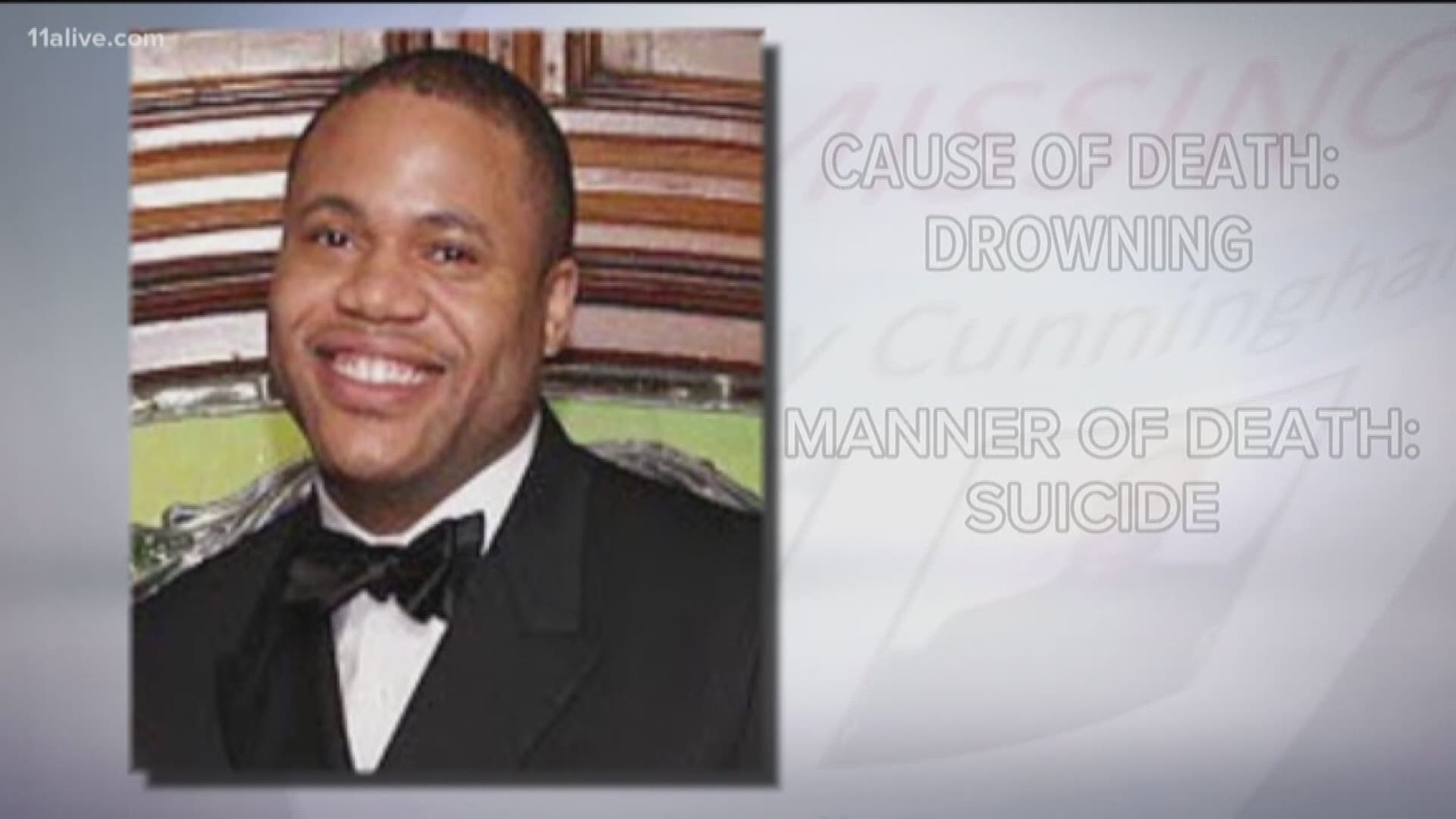 The cause and manner of death for CDC scientist Timothy Cunningham has been released by the Fulton County Medical Examiner's Office.

Cunningham, 35, went missing in February and was found in the Chattahoochee River nearly a month later. His disappearance sparked a massive search and garnered national attention as conspiracy theories swirled.

A fisherman found his body in a hard-to-reach part of the river. The Atlanta Fire Department's team had to enter the water 200 yards downstream to get to the body in a muddy section of the river near Donald Lee Hollowell Parkway.

Gorniak also said marijuana was in his system when he died but it did not contribute to his death.

Based on everything they have found so far, the medical examiner's office determined the cause of death as drowning finding no other obvious cause or signs of physical trauma before death.

The only things police could confirm from the scene were that Cunningham was wearing his jogging suit where he was found and had three small crystals - similar to those police said he collected - in his pocket.

Despite the official ruling, many 11Alive viewers are still skeptical of the outcome.

11Alive took some of your concerns to a medical examiner, not connected to the case, to find out how a drowning can be ruled a suicide.

On Facebook, Joni Byers Powell remarked that it sounds really hard to commit suicide by drowning, as the body's natural instinct is to fight for air.

Kris Sperry, the former chief medical examiner for the Georgia Bureau of Investigation replied that that's a common misconception.

"In cold water – and this was during February when he went missing – when someone jumps into cold water, the first thing that happens is cold shock," Sperry explained.

Vicki Smith questioned who's to say Cunningham didn't fall in and get swept away, then drowned. To that, Sperry explained that investigators go through a painstaking process that starts with X-Raying the body to rule that out.

"See if there are any bullets or fractures of bones to the body, and then doing a very careful autopsy to find evidence of any injuries that may explain why the person is dead or why they couldn't get out of the water," Sperry said.

Veronica Scott wanted to know how they came to the conclusion of suicide and not an accidental drowning.

"Reaching the determination of a suicide in a case like this – because really, if there is any question or inconsistencies, then we just won't do it – quite honestly is the easiest thing to do," Sperry explained.

We're expected to learn more about the circumstances around Cunningham's death when police release their entire case file. That's expected some time this week.

►Missing CDC scientist's father: There were concerning messages before disappearance