Fencing at other parts of the perimeter appeared unchanged Saturday morning. 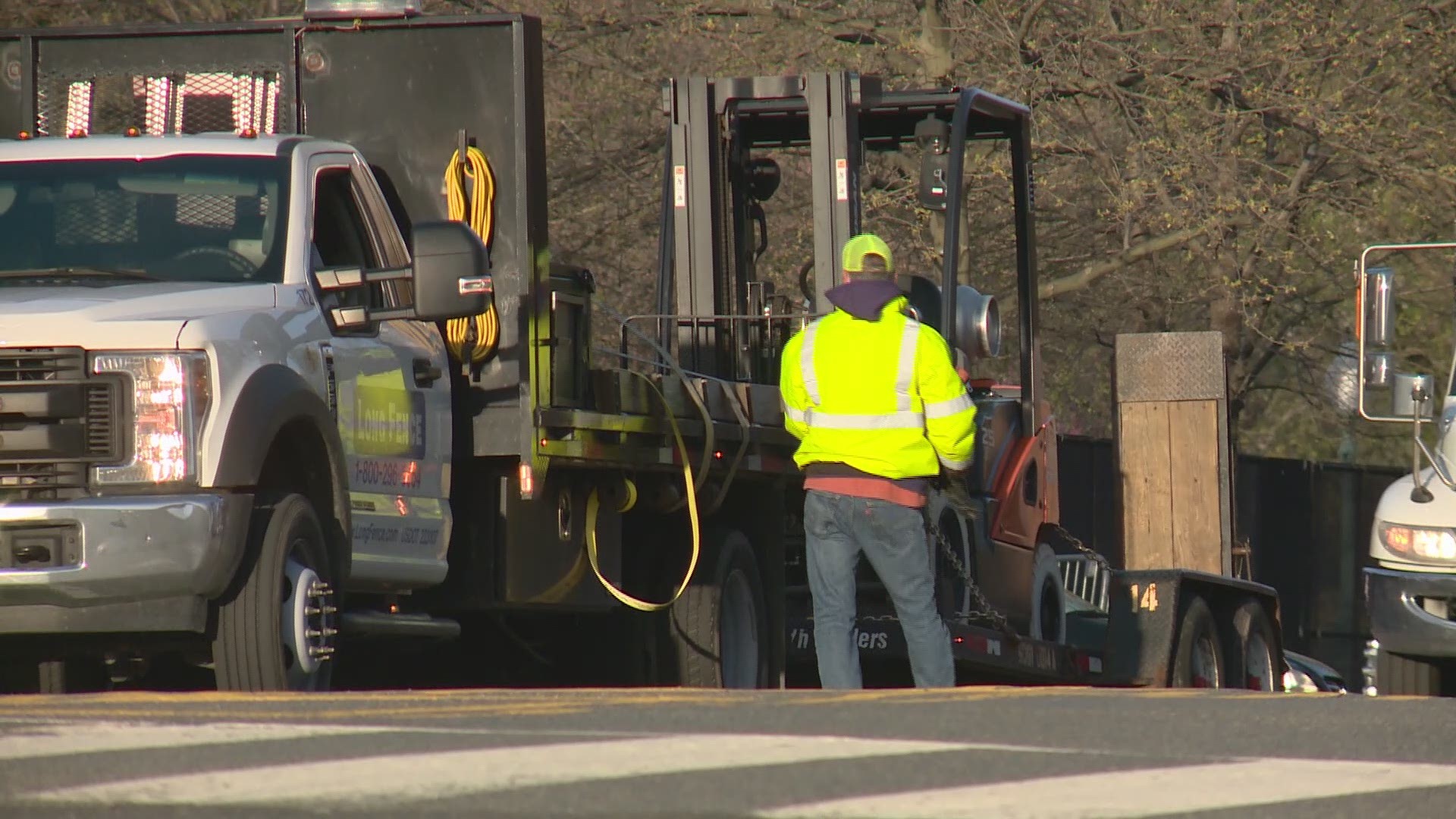 WASHINGTON — Work crews were back at the Capitol early Saturday morning, modifying the fencing at the checkpoint where Friday's fatal attack on officers took place.

Crews appeared to use clamps to reinforce the fencing near the site and heavy machinery was employed to install a few new concrete barriers.

Those new additions did not block the vehicle lanes at the checkpoint Saturday. Instead, they appeared to bolster an island of protection officers could stand behind while on guard between the two lanes.

Other parts of the Capitol fencing perimeter appeared unchanged Saturday morning. Capitol Police have not yet responded to a request for more details about the modifications, or how long they may be in place.

She misses the openness of the Capitol, but thinks the fence is a good idea for now.

"I believe that safety is important," she said. "Safety first. So right now, this is what's going to keep us safe."

Neil McKee, a visitor from Tennessee, understands why the fence is up.

But he hopes the attack on officers doesn't lead to a more permanent installation.

"It just goes to show you when somebody is in their mind going to do something, it's hard to stop a single person," said McKee.

The barriers carve out an ‘island’ between the entrance and exit lanes...but the lanes themselves are not blocked by concrete@wusa9 https://t.co/8HlHd8pJBB pic.twitter.com/juk45aVJVy

McKinney wants the fences to come down too, but she thinks some change will be necessary before that's a safe step to take.

"We need to be able to move freely and not look over your back and wonder who is someone who is going to hurt you," she said. "Too much hate."

Amidst all the turmoil at the Capitol in 2021, there has also been an outpouring of support for the men and women who work to keep it safe.

Saturday morning, Capitol Police thanked well wishers for the sympathy they've received from around the world following the loss of Officer William "Billy" Evans, saying the support is "appreciated beyond words."

The U.S. Capitol Police Department is deeply grateful for the support we’ve received from around the world. We wish we could respond to each one of you. Please know your sympathy is appreciated beyond words. pic.twitter.com/4wJTiKtJTj