The majority of people taken into custody were charged with curfew violation, unlawful entry or a combination of the two. 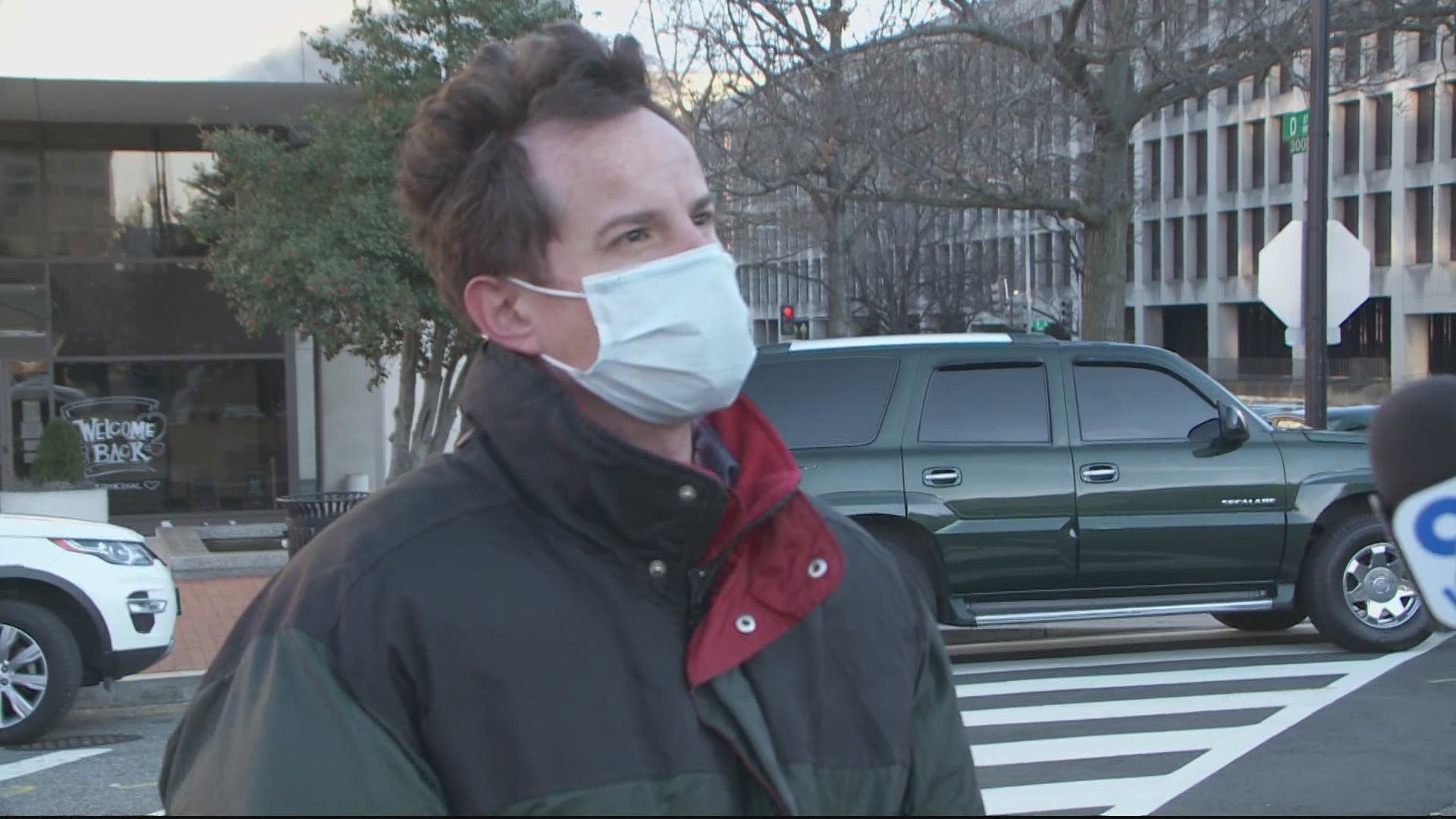 WASHINGTON — As he walked out of DC Metropolitan Police’s Central Cell Block holding tank after facing a judge on curfew violation and unlawful entry charges, Jonathan Doll said he didn’t support Wednesday’s storming of the US Capitol Building by pro-Trump rioters.

“Surrounding the Capitol is one thing, but going in and invading their workspace. That’s wrong,” Doll said. “But we needed to be there.”

Doll was one of 83 people criminally charged by MPD and Capitol Police after the riots. Seven were charged on guns or ammunitions charges, and three for assaulting a police officer.

Of the 69 people arrested by DC Police, 26 of them were arrested at the US Capitol Building. The US Capitol Police also made 13 arrests for unlawful entry of the U.S. Capitol, and one additional arrest on the owner of a vehicle where pipe bombs were found.

The majority of people taken into custody, like Doll, were charged with curfew violation, unlawful entry or a combination of both.

Only 18 of those arrested are people from DC, Maryland or Virginia. Some of the suspects are from as far away as California, Colorado and Wyoming.

Forty-seven were arrested because of disobeying the curfew put in place by DC's Mayor Bowser from 6 p.m. on Wednesday until 6 a.m. on Thursday. One person was arrested for possession of a prohibited weapon, which earlier Wednesday was described by DC Police as "illegal fireworks."

DC Police Chief Robert Contee III said the search continues for others who snapped selfies committing crimes or were photographed by others during the riot.

Those images include a man who calls himself the “Q-Shaman,” dresses like a Viking and is a regular at protests in Phoenix, Arizona.

Contee said MPD has shared the photos with the FBI, area airport authorities and the DC Hotel Association to help with locating the persons of interest.

“As we speak we have members of the Metropolitan Police Department that are scouring area hotels, businesses ect, trying to identify some of these individuals that still may be taking up residence within our city.”