D.C. Police are investigating the matter as a possible hate crime, as a suspect remains at large. 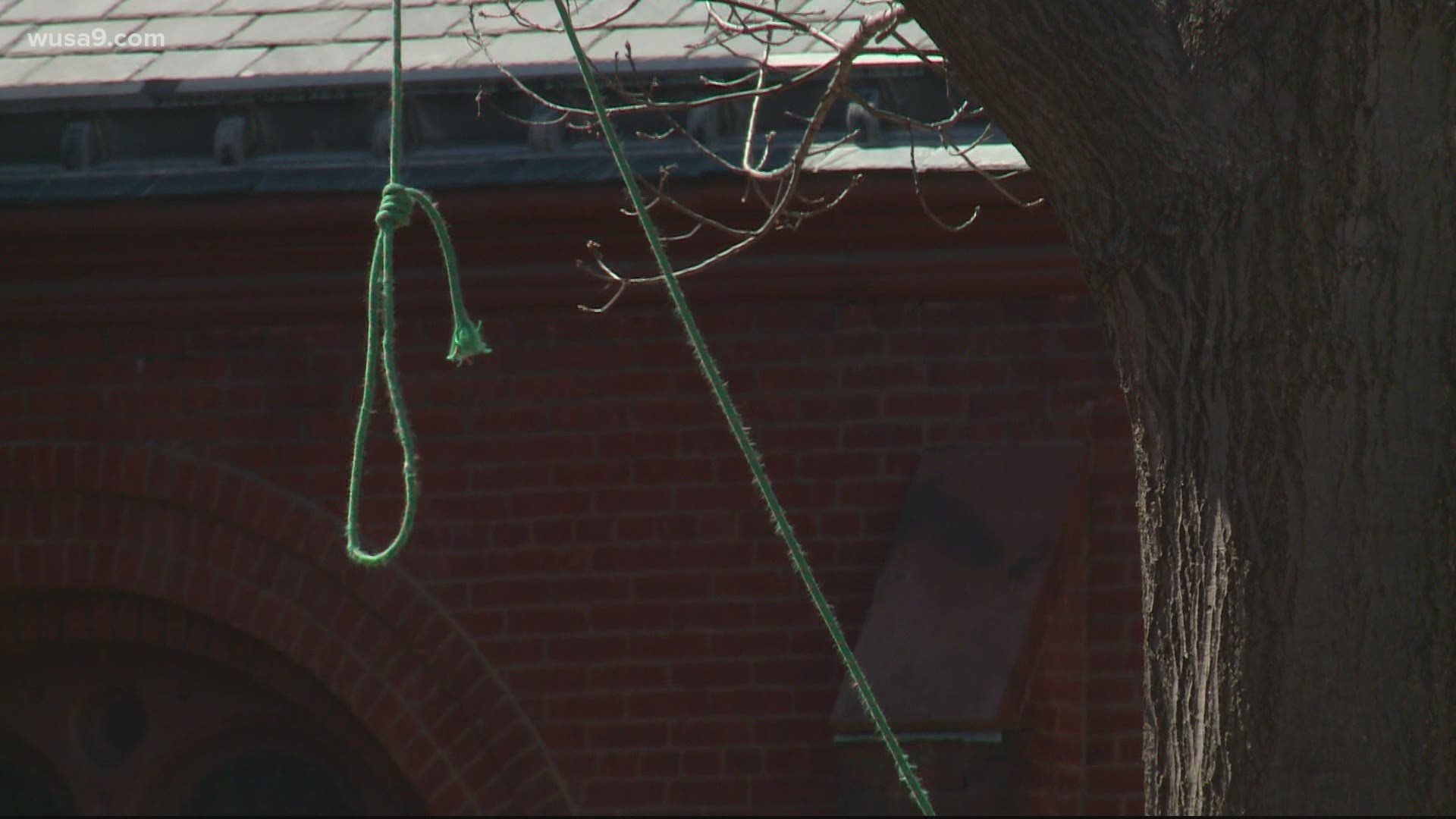 The church sits only blocks away from the U.S. Capitol, at 301 A Street, S.E. According to D.C. police, a member of the parish found the noose within the church courtyard around 11 a.m.

"When I got here and saw that they had taken the care to do two, three, four coils, and really make it not look like a slipknot,  but a noose, that was horrifying to me," said the Rev. Michele Morgan in an interview.

"A despicable symbol and act of hate. MPD has been on [the] scene and is working with church leadership," Allen wrote. "Denounce it loud and clear – hate has no home here."

A noose was found today at St Marks Episcopal Church on the Hill. A despicable symbol & act of hate. MPD has been on scene & is working with church leadership. Denounce it loud & clear - hate has no home here. pic.twitter.com/ClJDwHZnWm

Police have not yet indicated whether detectives have narrowed down any suspect information concerning the incident.

"These types of offenses are taken seriously and are entirely unacceptable," said MPD spokesperson Hugh Carew. "Anyone with information is asked to call (202) 727-9099 or text your information anonymously to 50411."

As a suspect remains at large, Morgan evoked a higher authority, issuing a message for whoever is responsible.

"God can transform everything, and God can redeem everything, including hatred," Morgan said. "To display that level of hate, and to try and create fear in the world, is moving away from God every single day. And we can do better than that."

RELATED: 'Somebody still knows how to tie a noose' | Bubba Wallace wants to move forward after noose incident