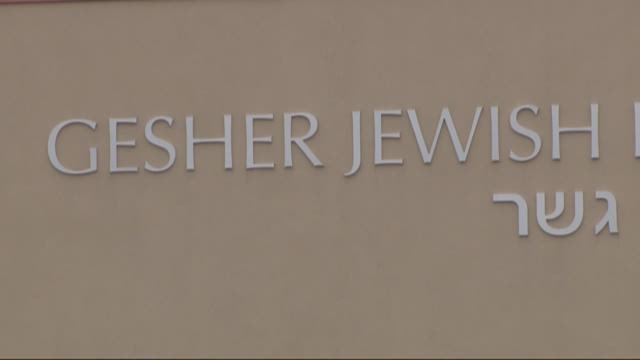 In both cases, police found nothing. But, it made for a rough start to school.

When the bomb threat came in to the Gesher Jewish Day school Monday morning, it was a scary thing for students. The school went into crisis mode and everyone was told to run and get out.

"I was sort of freaking out, on the inside, to be honest. But, I tried my best to keep calm and hold it together on the inside," said eight-grader Rome Kapen, 14.

In his nine years at the Gesher Jewish Day School in Fairfax, he has never experienced a bomb threat. Until Monday.

"I think it's kind of scary," said Rome.

The call came in around 9:15 a.m. Kapen's 12-year-old sister Michaela was in math class.

"Another teacher came into my room and starting screaming, 'Run to the black top!' and me and all my friends just sprinted to the black top. We were like, clueless. Then, they moved us back. And that's when we really started to get freaked out. We didn't know what was happening," said Michaela Kapen.

A bomb threat also came in Monday morning to the Charles E Smith Jewish Day School in Rockville. In that case, school officials said it was an automated call with a voice that said, "Jewish souls will be lost."

"Maybe it's the politcal climate, the international climate. I think you just have a lot of turmoil across the world and so you're going to see a lot of that starting to rear it's head," said Karen Kapen, the students' mother.

Police investigated at both schools and found nothing. A substitute teacher answered the call at Gesher and was not certain if it was an automated call, according to Head of School Dan Finkel.

"Nothing like this has happened before. Until now.," said Rome Kapen, who explained that it made him feel unsafe.

"I think he's about as safe here as anyplace else. We travel internationally all the time. You take precautions and I think they do a good job (at Gesher). I mean, they have as secure a campus as they could possibly have," said Karen Kapen.

Finkel said he was compiling information to sent home to parents to help them talk to their children about what happened.