The Wizards and Mystics teams are marching from Capital One Arena to the MLK Memorial in honor of Juneteenth. 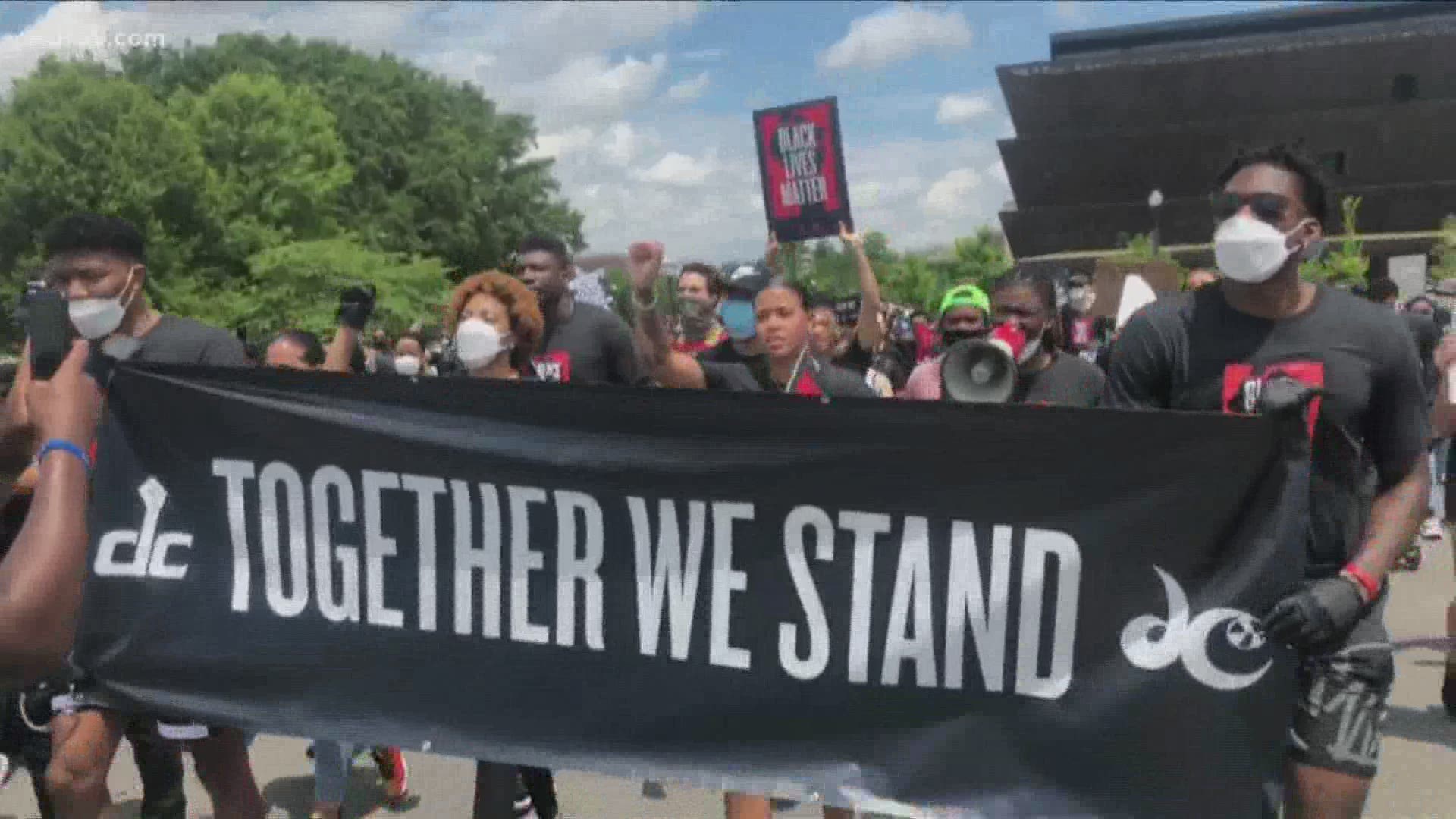 WASHINGTON — Washington Wizards shooting guard Bradley Beal shared an emotional encounter he had with police when he was pulled over on I-495 two years ago.

"I've been pulled over with four hoopers in the car before. And we've all been taken out searched before because we were Black, riding in a White neighborhood," Beal said.

Beal shared the details during a march Friday with the Washington Wizards and the Washington Mystics on Juneteenth in downtown DC, calling for police reform.

"It happened here two years ago. I got pulled over on 495, where an officer asked me to step out of the vehicle," Beal said. "I'm literally on the side of the highway with my wife, me, and one of my friends sitting on the median."

Beal then described in detail what the officer, who was not identified, said to him.

"He comes up to me and says, 'What if I f*** up your Monday and put you in a headlock and arrest you right now?' I didn't do anything," Beal said.

Beal said because he was a Black athlete, driving a nice vehicle, he was wrongfully profiled.

"How am I supposed to respond to that? I would just be waking up with an ESPN headline saying my interaction with police," Beal said. "It doesn't happen to just me, it happens to everyone, everywhere. It's everywhere."

Friday is Juneteenth, the day commemorating the freedom for the last of enslaved populations in the remote location of Galveston, Texas -- two and a half years after the Emancipation Proclamation was signed in 1863.

The end of slavery in the United States is often recognized by President Abraham Lincoln’s Emancipation Proclamation. But the holiday commemorating the freedom of African Americans, Juneteenth was recognized only after the last slaves were told about the president’s order on June 19, 1865.

On that day in 1865, Union troops led by Maj. Gen. Gordon Granger arrived in Galveston, Texas, with news that the Civil War was over, and that all remaining slaves were free. Lincoln announced the Emancipation Proclamation that had declared their freedom in September 1862. The order was issued during the Civil War and effective Jan. 1, 1863.

Dozens of planned demonstrations throughout D.C. come in the wake of four weeks of protest over police brutality and George Floyd's killing. Those coming to rally will mix the joy of the holiday with the passion for change.

RELATED: Juneteenth history: Why today is so important to the Black community and what you may not have learned in school