D.C. Mayor Muriel Bowser, who spoke with Whoopi Goldberg Friday morning, said that she would donate a replica sign to the museum honoring Juneteenth. 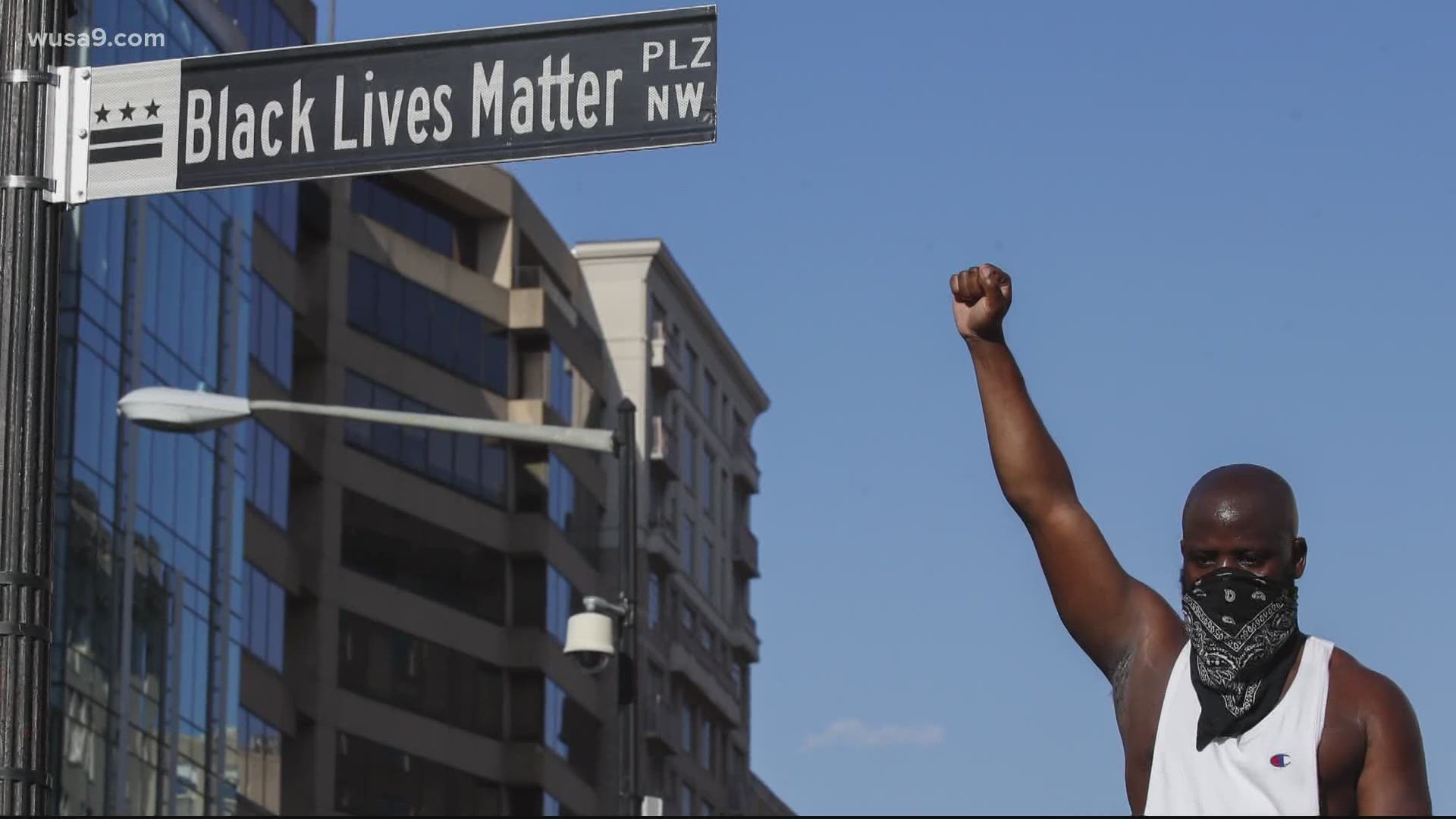 Bowser, who appeared on The View Friday morning, told Whoopi Goldberg that she would donate a replica sign to the museum honoring Juneteenth.

"As mentioned to Whoopi Goldberg today on The View, on Juneteenth, we delivered to Dr. Crew and the NMAAHC a piece of history," Bowser said in a tweet. "A sign of hope in these trying times."

On June 6, a Black Lives Matter mural was painted across several blocks of 16th Street early that morning. The city cleared the street so painters could finish the mural.

Bowser said one way the city is working to combat graffiti is with art, saying the city reached out to artists through the District's Mural program.

WUSA9 spoke to the man, Wayne Pettus, who designed the sign that hangs high over Black Lives Matter Plaza.

"I believe every generation gets that moment where it's like, 'Boom, this is the defining moment where the world changed after that,' and I do believe we're in that moment now," Pettus said.

Pettus can tell his grandchildren he played a pivotal part in the movement for racial justice and equality. Pettus is a sign fabricator for DDOT and he designed the sign that hangs right across from the president's driveway.

"In particular, it gives me so much pride and joy because of what it means. There's a direct message, and the message is very clear," Pettus said. "I've seen a lot of pride in the sign and what it means, so that's the happiest thing I can take away, is that the sign is making people proud."

Pettus is an aspiring rapper who goes by Benxett. Surprisingly, his own personal pleas for racial justice and harmony have vaulted into the spotlight through his job with the city.

"I never really thought the two worlds would collide, to be honest with you," Pettus said.

Recalling the moment he was asked to design the Black Lives Matter Plaza sign, Pettus said he was both honored and grateful that D.C. Mayor Muriel Bowser has stepped beyond words and took a firm stand at the moment.

"I think, if we continue at the rate we're going, in years to come, we will definitely look at this as a moment in history when things certainly changed," Pettus said.