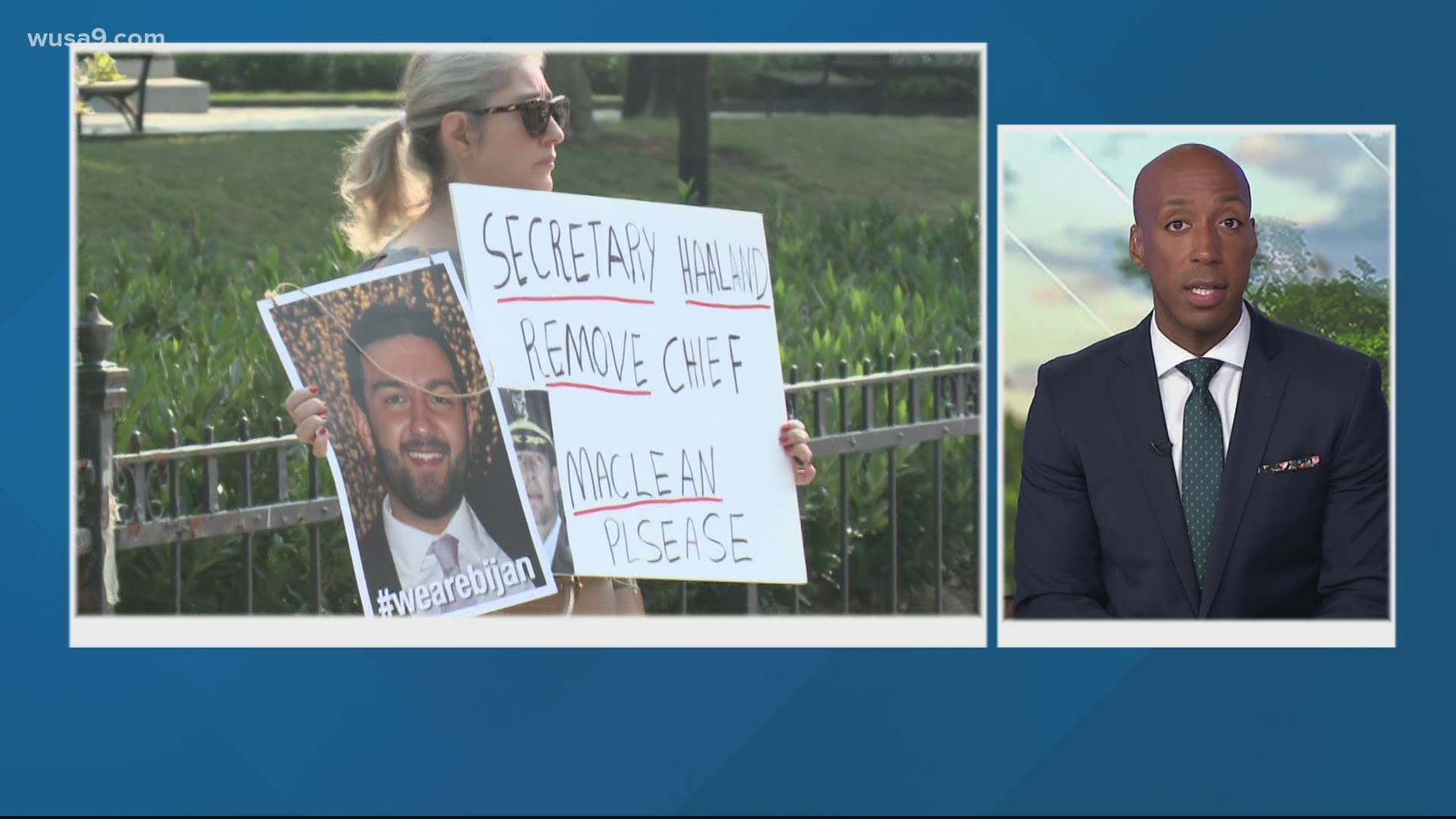 WASHINGTON — The parents of Bijan Ghaisar plan to gather outside the U.S. Department of the Interior (DOI) to protest the appointment of former U.S. Park Police Chief Robert MacLean to head a new task force reviewing law enforcement policies in the wake of violent clashes with protesters in Lafayette Park in 2020.

MacLean, who is now the director of the DOI's Office of Law Enforcement and Security, was chief of the Park Police in 2017, when two Park Police officers fatally shot Ghaisar.

Alejandro Amaya and Lucas Vinyard shot Ghaisar multiple times on Nov. 17, 2017. Vinyard and Amaya face up to 15 years in prison if convicted on charges of involuntary manslaughter and reckless handling of a firearm.

The Ghaisar family says as chief, MacLean ignored their pleas for information and refused to release the names of the officers involved in the fatal shooting at the time.

"MacLean's appointment to this new task force focused on accountability and transparency among law enforcement agencies at the DOI is an affront to the Ghaisar family and casts doubt on the process and its ultimate result," Kelly and James Ghaisar said in a statement released Monday.

In a statement released last week, Rep. Don Beyer (D-VA) called MacLean "the wrong person for the job," after it was announced the MacLean would chair the DOI task force.