Silica sand and zeolite may be coming to a school field near you. It's a newly popular infill for artificial turf fields. 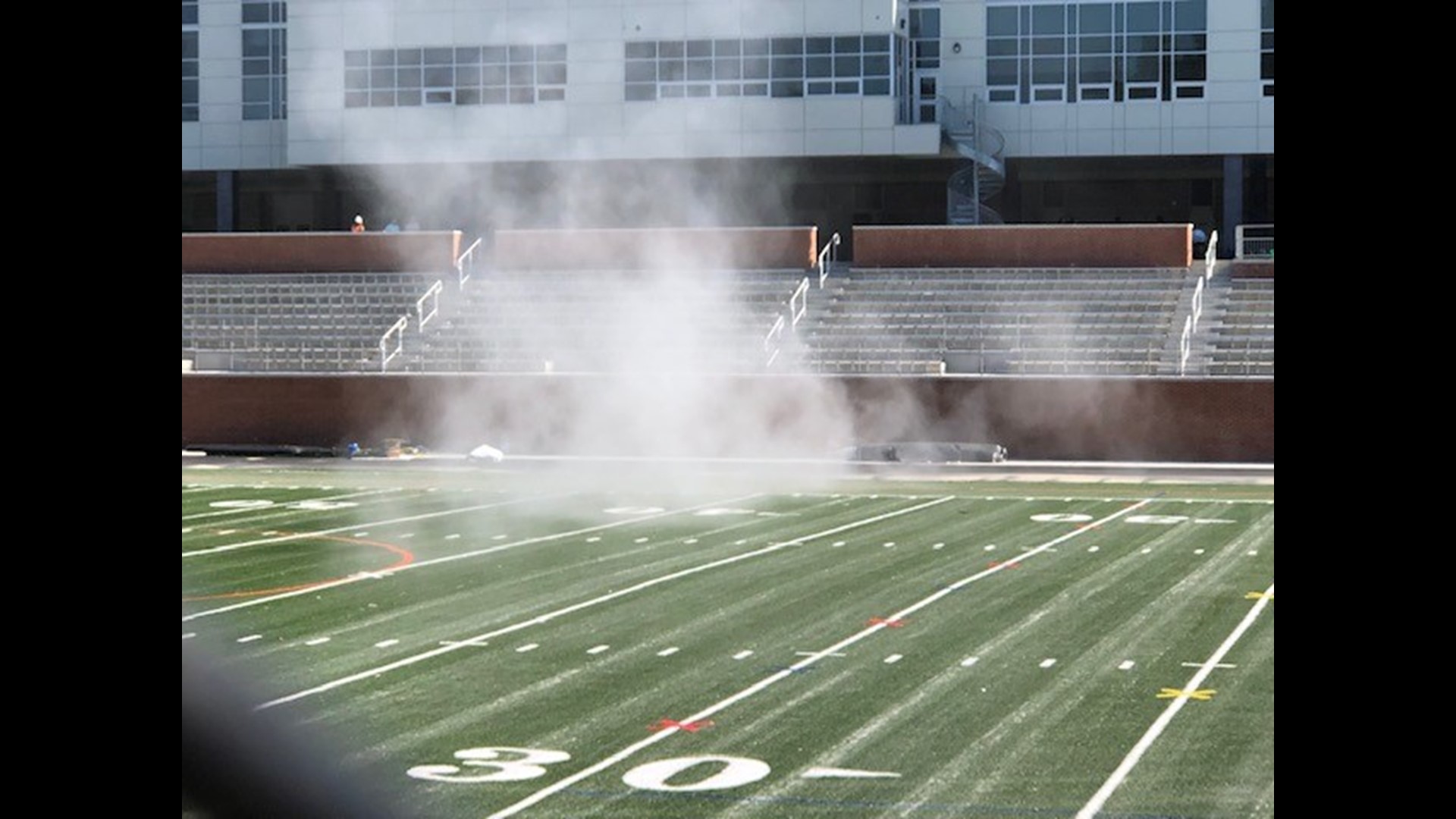 “It was just flying everywhere. You can see three doors down from me, my neighbors were watching it going over the top of the roofs,” neighbor Pat Barnhart said.

“I grew up in mining camps where people died from silicosis,” neighbor Jim McCallum added.

“You are not supposed to inhale the dust. As alarmed as I was for neighbors, I was just as alarmed looking at the workers,” parent volunteer Amanda Farber said. “This is not dust that you want to mess around with.”

When WUSA9 arrived Wednesday morning, we spotted crews getting new instructions while still kicking up dust with their gear. Hess Construction managers declined to talk to us. By the afternoon, they brought out a water truck to keep from kicking up potentially hazardous dust clouds.

Silica sand and zeolite may be coming to a school field near you. It's a newly popular infill for artificial turf fields.

Montgomery County Public Schools project director tells WUSA9 that with the additional safety measures demanded by neighbors, they should be complete by Thursday.