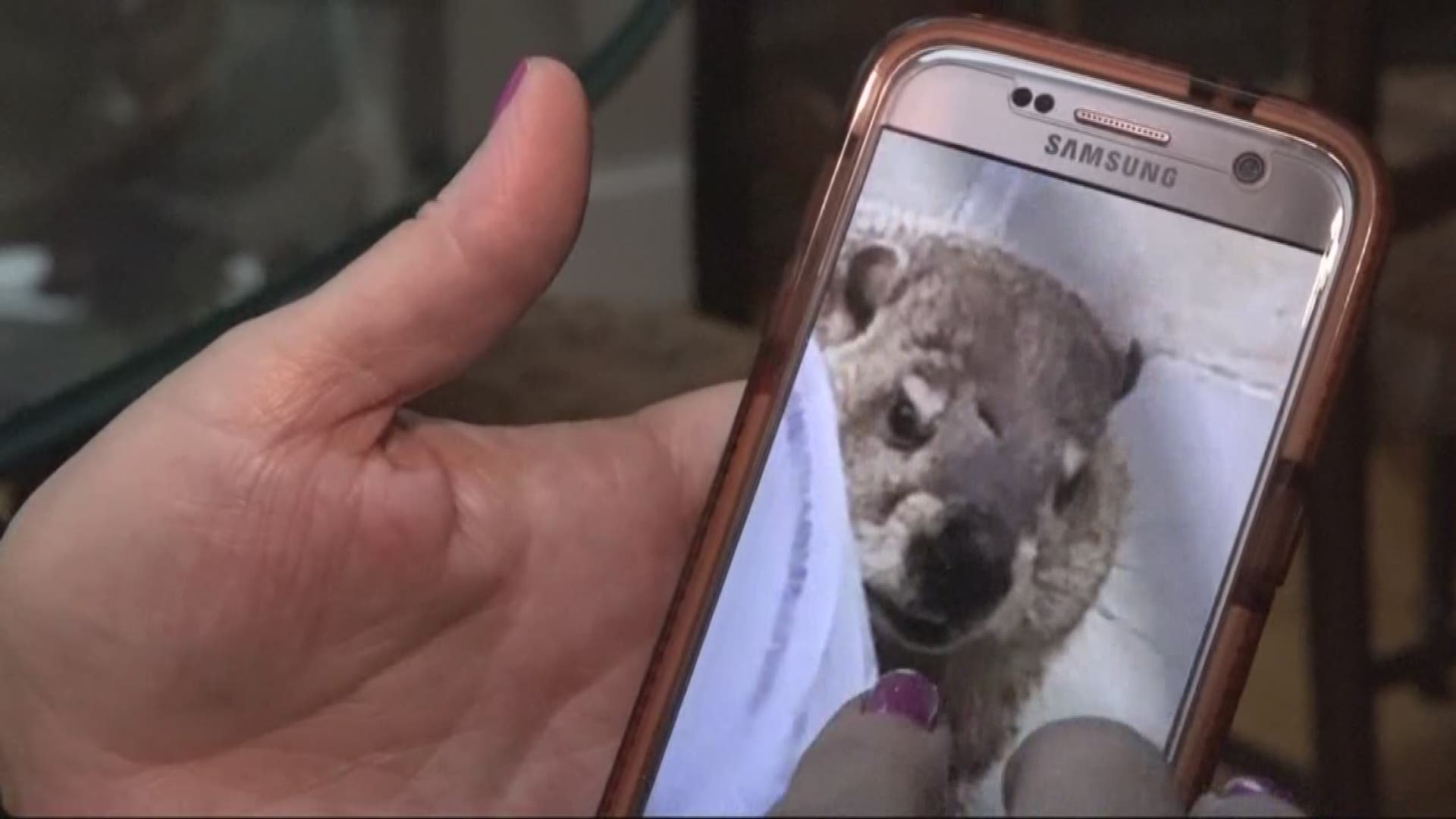 A Bethesda family says they had quite the scare, after what they believe was a rabid groundhog that was trying to attack them.

Stephanie Heideman says that her family had just finished lunch on Thursday when she noticed a groundhog coming after her at her parent's home in Bethesda, Md.

RELATED: Groundhog with rabies is captured at Maryland Zoo

A Bethesda family says they had a scary encounter with a rabid groundhog. What wound up happening on @wusa9 at 5 pm pic.twitter.com/vP7m3dky7O

The family screamed and shut the door on the groundhog who proceeded to harass the family and slam itself into windows for 15 minutes until it finally left.

In Montgomery County, 11 animals so far have tested positive for rabies. Most of them are raccoons. The family met with animal control today, who said the animal was most likely rabid. They advise that anyone who comes in contact with a rabid animal should call 911.