3 things to know: Bay Bridge construction will cause major delays

Drivers should expect major delays on the Bay Bridge. Here are three things you need to know. 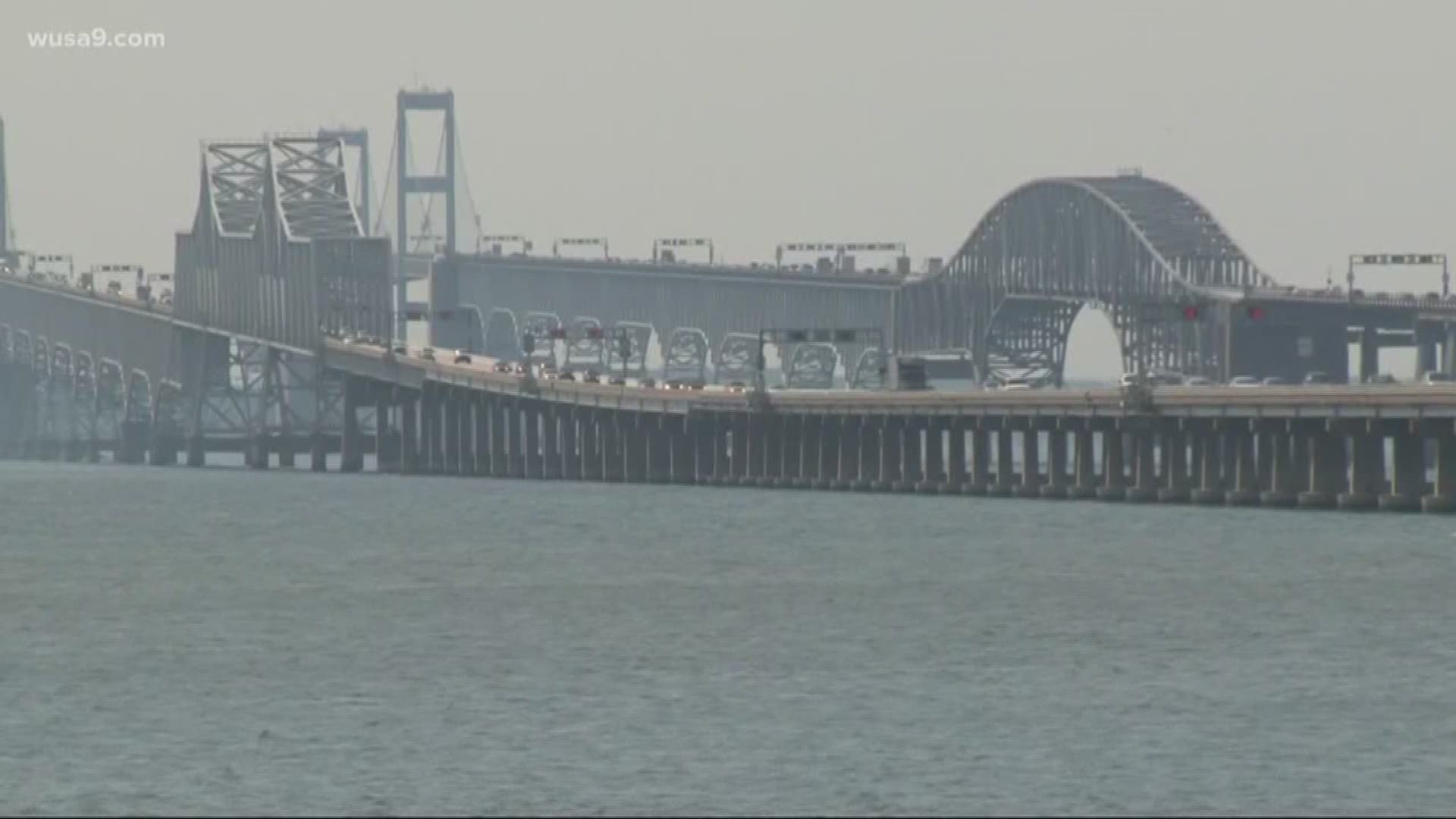 ANNAPOLIS, Md. — Drivers should expect major delays on the Bay Bridge as traffic on the westbound bridge is being squeezed from three lanes to just two.

Here are three things you need to know.

One of the three lanes is reversible to help with traffic flow, but there will be no more two-way traffic on the westbound bridge starting Monday.

The third lane to the far right is shut down which means – between the two bridges – there will only be two lanes going each way across the Chesapeake Bay.

The lane closure is part of a $27-million rehab project that will bring new signs, steel rails, and replace surfaces.

The upgrade is expected to be completed in Spring 2021.

#3 How will the construction and closures affect drivers?

The Maryland Transportation Authority warned there will be delays as drivers get used to the new traffic pattern.

However, the right lane will fully reopen between Memorial Day and Labor Day next year for the summer travel season.

The transportation authority is already working out a plan to help with major backups.

It just announced on Friday that if traffic backs up to I-97, traffic going westbound will be held for short periods of time to allow eastbound drivers to get through.