After the commissioners court approved to relocate the monuments, author Ryan Holiday wrote a check for $10,000 for the funding of the relocation process. 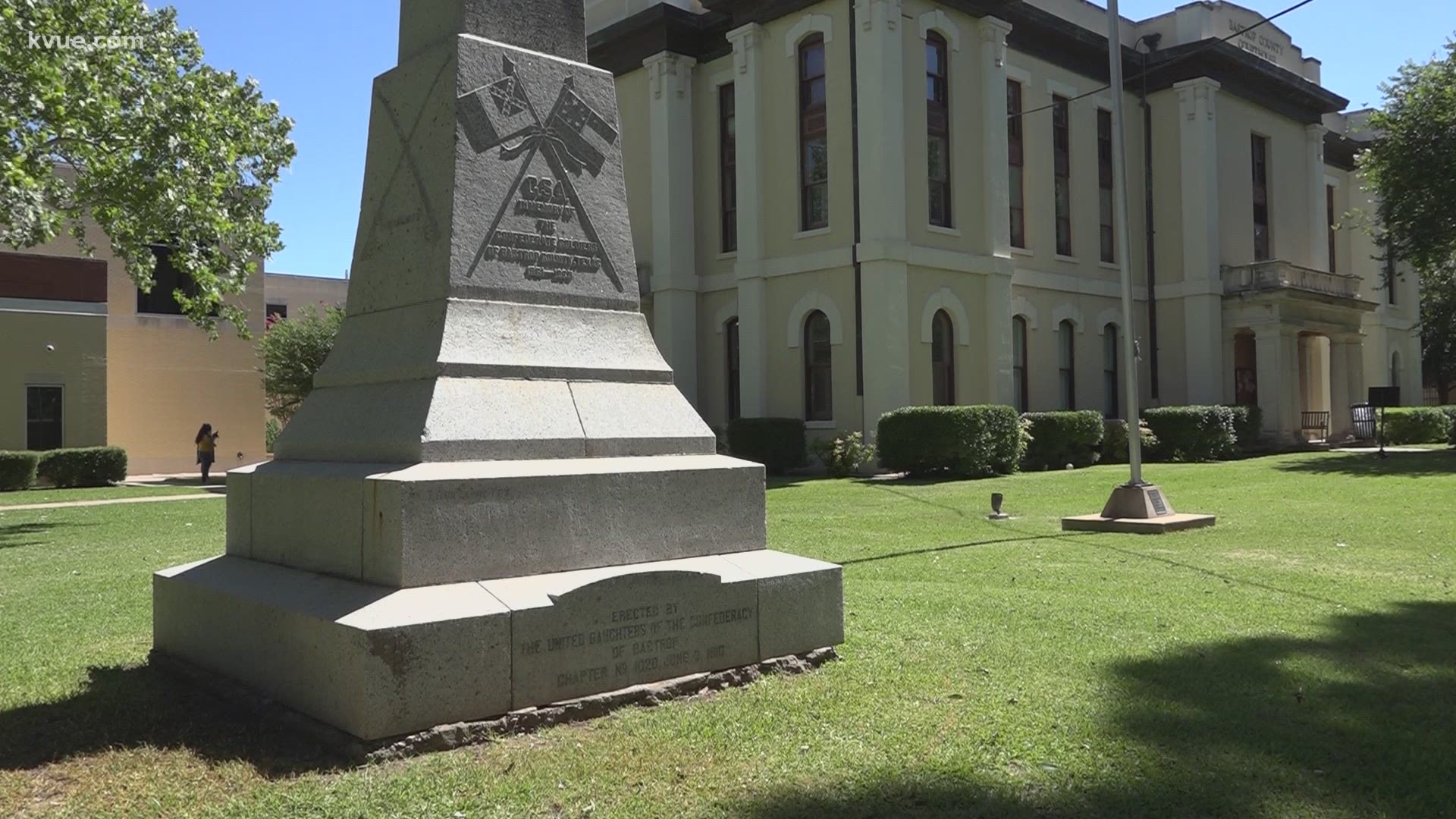 AUSTIN, Texas — Aside from raising his children in Bastrop County, author Ryan Holiday writes books on applying the philosophy of Greece and Rome to modern-day context out of his Main Street office in Downtown Bastrop.

It's just blocks from the Bastrop County courthouse, where two Confederate monuments stand.

"... And so as we would pass the statue, it always struck me as strange that on the, you know, in front of the courthouse that citizens of all races and gender have to walk through," Holiday told KVUE Monday, "we're paying to maintain a monument that was explicitly put up to celebrate the disenfranchisement of a significant portion of of of Bastrop citizens."

So when the most recent efforts began for removing and relocating the monuments, Holiday worried that there wouldn't be enough funding for the statues to move.

"I just didn't want money to be an issue as far as doing what's obviously the right thing here," Holiday said.

After the Bastrop County Commissioners Court voted to approve the process to relocate the monuments, Holiday wrote a check for $10,000 to be put toward the fundraising for the relocation.

He posted about why he decided to do it on Instagram.

A relocation committee was created to handle the process of relocating the monuments, which according to co-chair Cheryl Lee, is currently working with Deep in the Heart Foundry of Bastrop to establish a final budget for dis-assembly, transport and re-assembly, and have been reaching out to additional firms for comparable bids.

The preliminary estimate for relocating the monuments is somewhere between $15,000 to $25,000, making Holiday's contribution a big boost for the committee.

"... and I just thought, 'I don't want anyone to be able to say we can't afford to do what we'd like to be able to do,'" Holiday said. "I feel very privileged to give a donation of this size. But I'm in a position to do that because the system worked for me. And I feel like everyone who the system has worked for is obligated to try to make the system as fair and respectful of everyone else as possible."

KVUE has reported in the past on how some feel the monuments standing in a public space could be used as an educational tool. Holiday said he realizes there are people who make the argument that removing and relocating the monuments is erasing history.

"... which is the exact opposite of my profession. I love history. I write about the Civil War. I think there are fascinating, complicated figures on both sides of them. But it's very hard to deny the historical reality of why these statues went up," Holiday said. "I think it's essential that we learn from history. But just because something is historical doesn't mean that it deserves a place, let's say, on the prominent grounds of a county courthouse."

Currently, the committee says they've found two viable site locations within Bastrop County, but have not yet been able to give specifics on where.

The committee said they report updates to the comissioners court every second regular session meeting of the month. The next report date is Sept. 28.

Tropical Storm Beta track: How will Austin and Central Texas be impacted?