The Arlington County Sheriff's Office launches a breast cancer awareness campaign in honor of two survivors who work there. 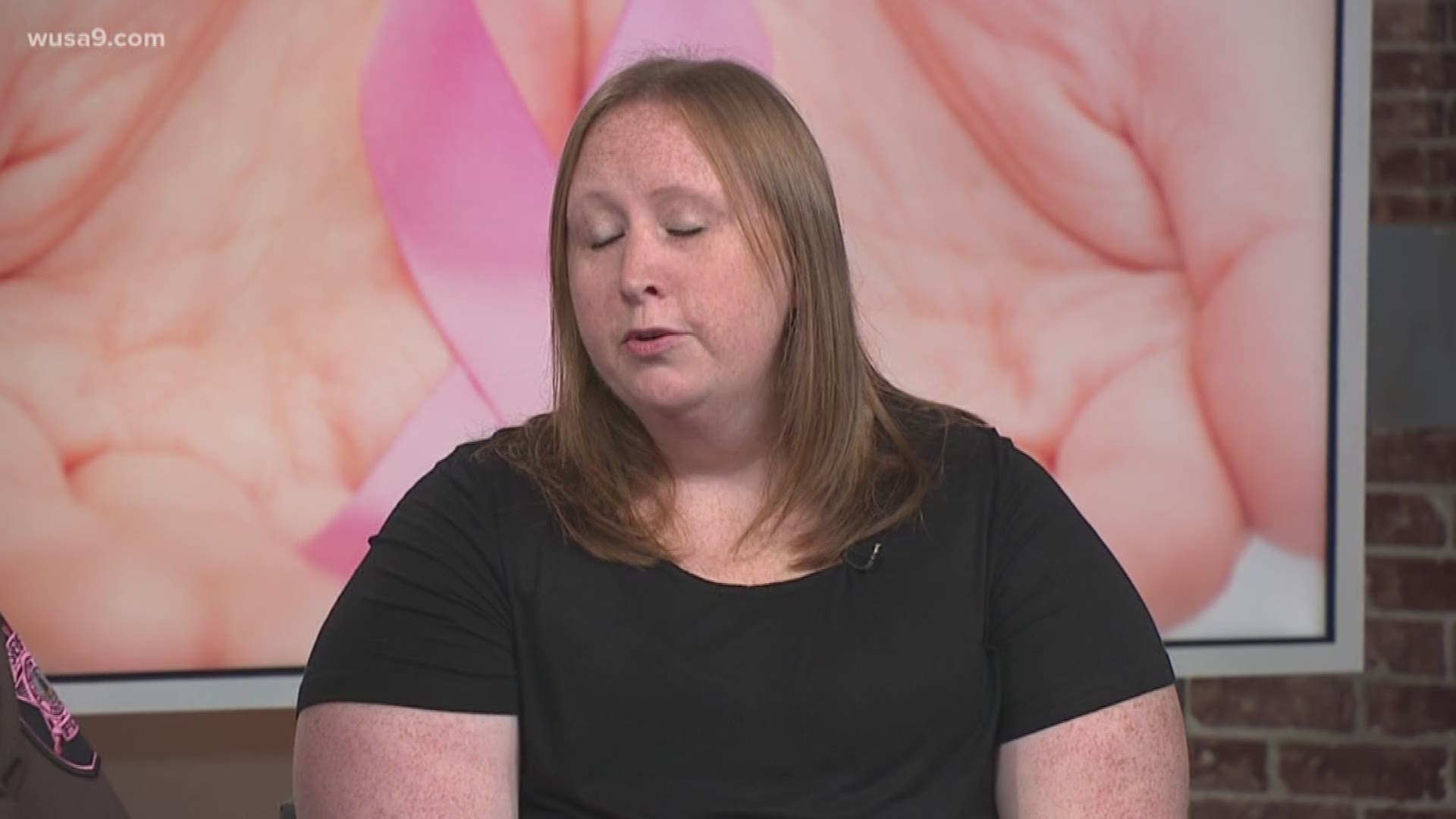 ARLINGTON, Va.- Breast cancer hits close to home for the Arlington County Sheriff's Office, which has launched a campaign to raise awareness about early detection and preventative care.

Over the last six years, two employees at the county's sheriff's office have been diagnosed with breast cancer. Cpl. Shelia Turner got the news in 2016. Inmate Service Counselor Kyle Denny was diagnosed in 2012. Today, both survivors are cancer-free.

"I never thought in a million years that I would have it, " said Cpl. Turner, who like her colleagues, are wearing pink t-shirts under uniforms decorated with pink patches and badges for October. "But, it came and it was devastating.”

“But, I had good doctors who explained everything we needed to do because it was caught at an early stage,” she said.

"I was diagnosed when I was only 28," Denny said. "When you're first diagnosed and you don't know anyone your age that's diagnosed, it's important to find other women who know what you're going through."

Cpl. Turner and Denny have a family history of breast cancer which is why they have always valued the importance of early detection.

In honor of their survival and the stories of others, the office has partnered with Virginia Hospital Center for a Takedown Breast Cancer campaign.

The money raised will go to purchasing early-detection education materials and providing preventative care for women who don't have access to resources that would detect the disease sooner.

On Saturday, the department kicked off its campaign with a community event at the Arlington County Courthouse.

Those who came out had the opportunity to decorate sheriff cruisers with pink ribbons along with a donation of 10 dollars. They also had a chance to meet the office's K-9 Hooper and take pictures with an inflatable 8 ft. Deputy Friendly.

Giveaways were provided for people who wanted to support the cause.