With temperatures in the 90s over the past couple of days, residents are concerned about their health and safety. 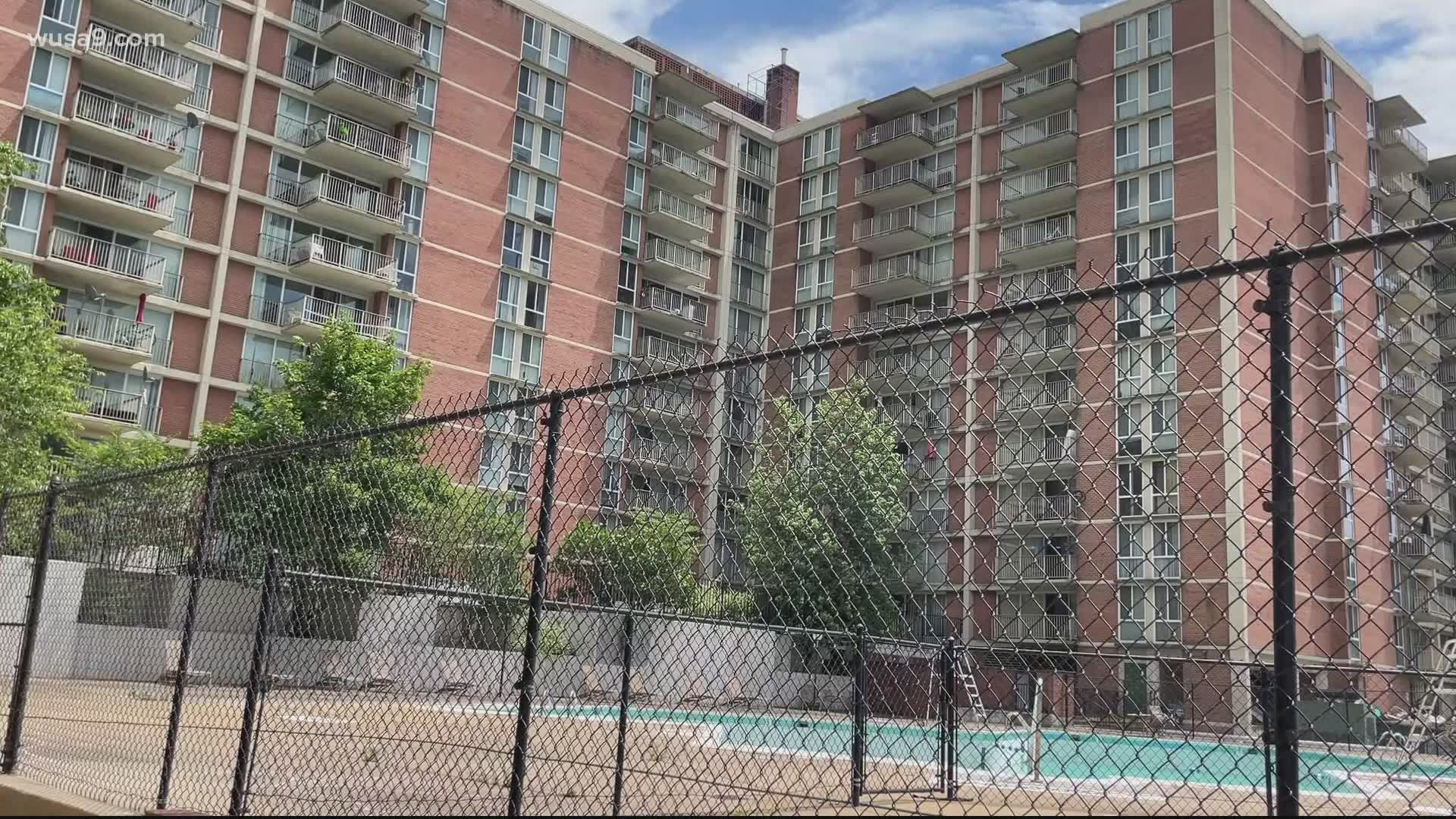 WASHINGTON — Hundreds of people who live at a Southeast D.C. apartment building have been living without air conditioning for weeks.

The management company released a statement on Thursday saying the air will be working soon.

"The HVAC system at Marbury Tower’s 2330 building is up and running. It will take up to 24 hours to get to each apartment because of the size of the building."

With temperatures in the 90s over the past couple of days, residents are concerned about their health and safety.

Tamicka Lewis has been living in the complex for three months. She chose this complex because the utilities were included in the monthly rent, but the conditions are becoming unbearable.

"I have a nine-month-old who has a very rare skin condition, who can't be in this type of, extreme conditions and not only that, we have mold growing in our unit, and they have not done nothing about it and last night having no air, that's not good," Lewis said.

The issue is happening at the Marbury Plaza Apartments on Good Hope Road SE.

“The air conditioning unit is out,” Wayne Jackson told WUSA9.

Some people showed how they were living with fans stacked in their rooms to try and stay cool.

Jackson described the conditions as miserable and said he and his neighbors have been living in those circumstances for nearly a month.

The issue became more of a problem in the past few days as temperatures soared to the 90s and the city declared a heat emergency during the heatwave.

Dedra Diggs lives in the complex with her daughter and grandson and has underlying health problems.

“If it’s too hot, my body temperature starts going down, and then I start getting sick – like bout to throw up and stuff and that makes it even worse,” she described.

WUSA9 reached out to Edgewood Management, the company that manages the building, to get to the bottom of what was going on and what was being done to fix the problem.

"Following repairs to the plumbing and HVAC systems at the 2330 Building at Marbury Plaza, management discovered that there was limited airflow to the lower floors and no airflow to the top floors. Upon further investigation, it was determined that the circulating pump, which pushes air to all floors, had failed. Management immediately ordered the necessary part to complete the repair. We anticipate the repairs will be completed and the HVAC fully functional by Thursday, June 10th.

Our top priority is our residents and ensuring their health and safety during this time. Here are the steps we are taking to help provide relief to our residents while repairs are underway:

“When you’re on the opposite side of the bridge, nothing gets done over here,” Diggs expressed.

Residents told WUSA9 the A/C problem is only the tip of the iceberg and that there is a long list of other grievances they have with management at the property.

While people we spoke with are happy to hear the air is expected to be working again on Thursday, they said it should have never taken as long as it did without better accommodations.