Two students at a time in 7-Eleven: Racist or reasonable?

A handwritten sign on the door of an Anacostia 7-Eleven has stirred big controversy online. Some say there have been limits in both white and black neighborhoods. 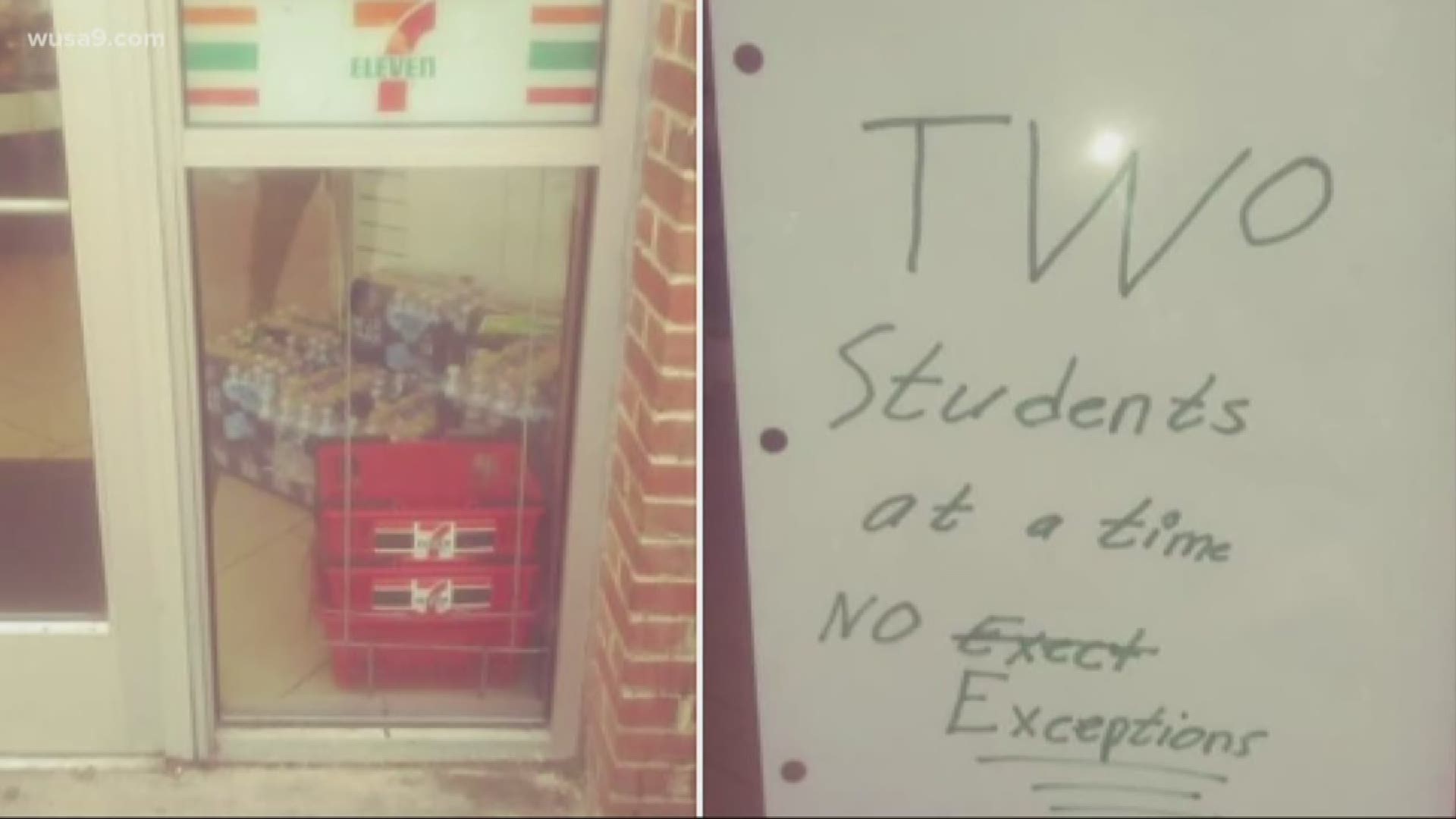 WASHINGTON — A little sign is generating a big controversy in Anacostia.

The Anacostia 7-Eleven posted a notice that only two students were allowed inside at a time in the predominantly African American neighborhood  -- and Facebook blew up. Some cried racism. Others saw a reasonable precaution.

When asked about the controversy, the franchisee tore down the sign and then denied it had ever been there, calling the police. Officers then told me we had the right to film the story from the public sidewalk out front.

The franchisee, who declined to provide his name, kept coming back to complain about young people allegedly stealing from his store. He showed me a video of a large group of young men locked inside the store by a security officer after allegedly stealing items.

"I think it's absolutely about race," another customer, Leon Matthews, said. "They look at us and our color and language and automatically say, hey, somebody is stealing."

Others claimed to have seen these kinds of signs around for decades, in both white and black neighborhoods.

"I think it's a fine idea because people around here steal, and they don't want people stealing their stuff," Tereko Dearman said

But Michael Gordon disagreed, instead seeing a more racist approach. "I don't think they would do that over in Georgetown at the 7 Eleven," he said.

What do you see? Join in the debate that's still raging on our Facebook page, Bruce Leshan TV.

Credit: The Original Great Ward Eight (District of Columbia)
A sign posted on a 7-Eleven in SE stirred up some controversy.