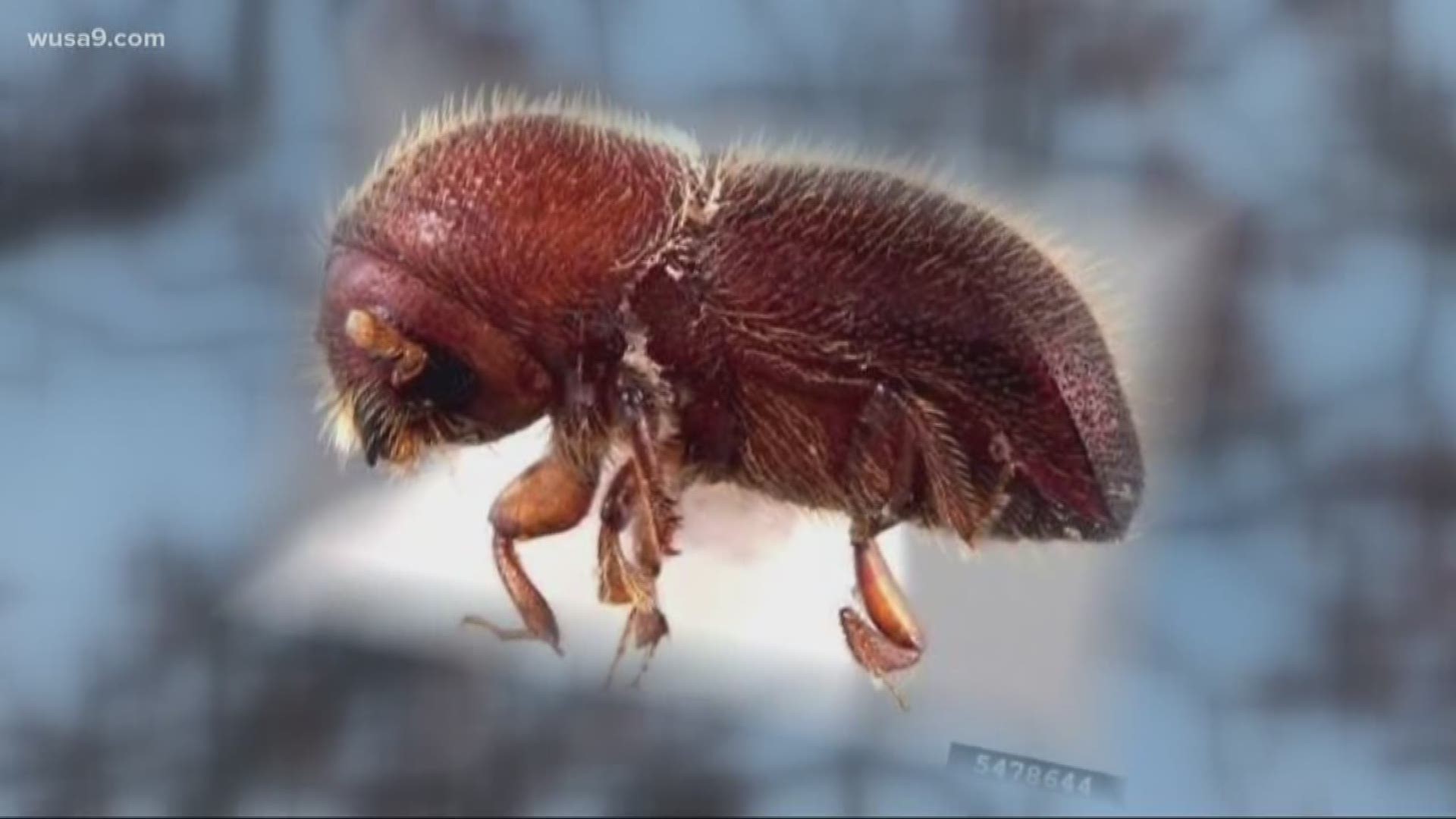 SILVER SPRING, Md. — Howard Sumka is stunned at how fast a mature hickory on his property line with Sligo Creek Park went from leafy green to completely dead in a few short weeks.

"It's heartbreaking," Sumka said, as he showed WUSA9 the telltale powdery sawdust residue piled at the base of the stricken tree.

The sawdust was produced by a common tree-boring insect called the Ambrosia beetle.

The tree, like many others in Silver Spring, Takoma Park and similar neighborhoods, was attacked as it struggled to recover from two seasons of extreme weather according to University of Maryland Entomologist Dr. Michael J. Raupp.

Such trees are now dying in large numbers more quickly than ever, Raupp said.

"We're in an extraordinary situation, with record rainfall back in 2018, the wettest year on history here in Maryland," Raupp said. "You pile on top of that now, the hottest July since records have been kept. You've had two major stressors. You've got trees that are balanced on a knife's edge and it's simply not going to take a lot to push them over the edge.  And what's putting them over the edge is these Ambrosia beetles."'

It's so bad in Raupp's opinion that he worries landmark tree-lined streets like Massachusetts Ave., and leafy sites like the National Cathedral may lose so many trees the character of the areas will be forever changed.

There are also more beetles Raupp said. They are benefiting from shorter, milder winters to reproduce additional generations each season.

RELATED: What’s killing all the rockfish?

"It's a big deal," Castrogiovanni said. "When they attack they emit a fungus that overwhelms the tree and ultimately kills the tree."

Castrogiovanni says trees can be saved with an application of insecticide if the infestation is caught quickly enough.  Frequently it is not, he said.

Castrogiovanni recommends that property owners have routine surveys of their property done by licensed tree experts.