Alexandria city officials said it was part of a “freedom walk”. 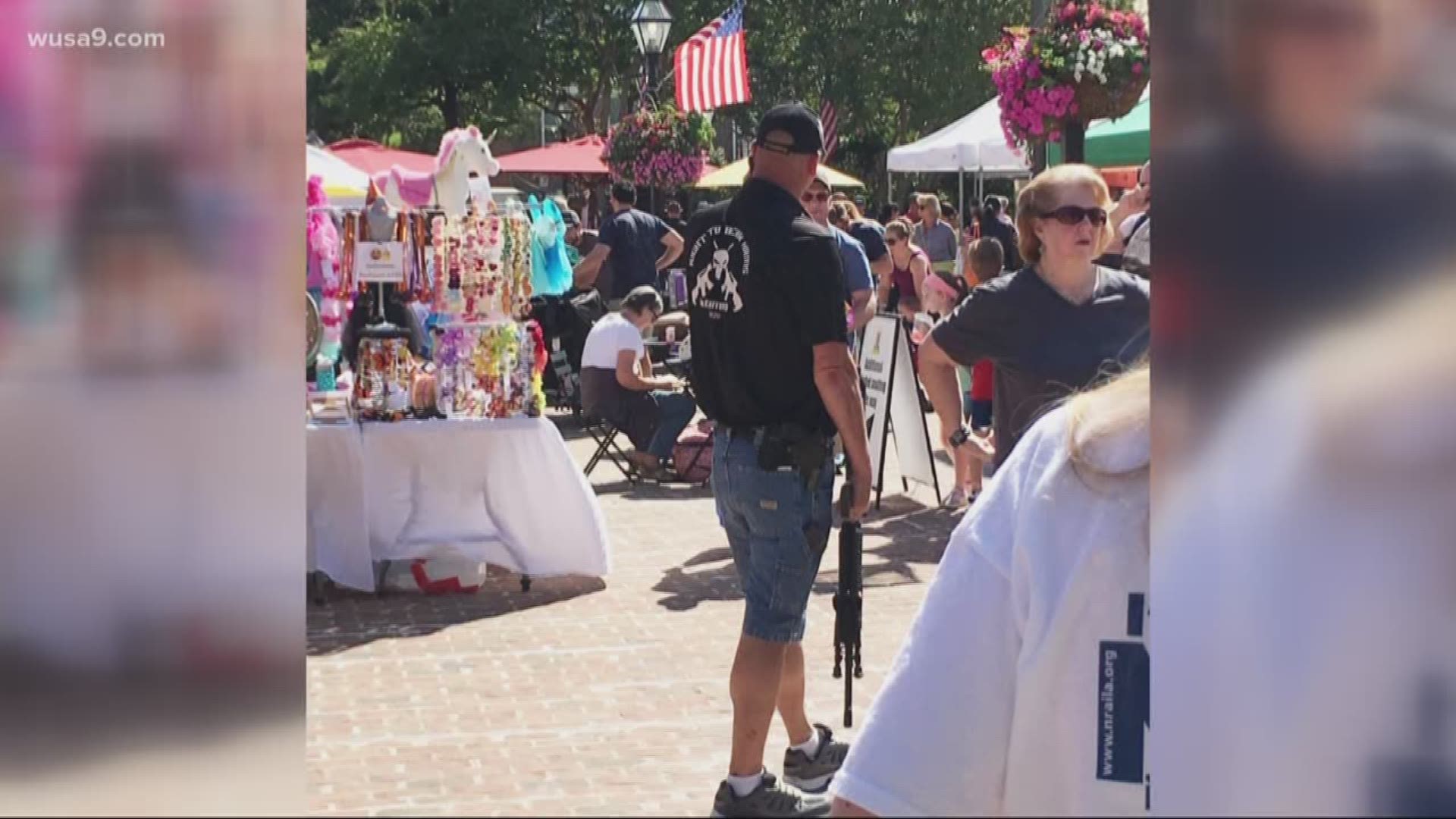 “It was one individual with one long assault rifle,” Mellenie Runyon said. “You could see the clip capability that it wasn’t just something that could fire off more than one round. It had that ability to shoot off multiple rounds.”

Runyon has been selling her skin care products at the market for ten years, but said this caused her to feel unsafe.

“We had no idea how many were going to go through and that stops your world,” Runyon said. “You can’t leave, you can’t just walk away like the customers or people walking through. You’re stuck there as a vendor and that makes a difference.”

Runyon said a vendor asked police what they could do, and police told them there was nothing to be done.

Credit: WUSA
Runyon said as uneasy as this made her, she’s just as concerned at how oblivious people seemed.

Alexandria city officials released a statement that said city authorities were aware that people were concerned. The statement also said that the people walking around had let the city know they were coming ahead of time.

“The Right to Bear Arms-Richmond group advised the Alexandria Police Department in advance of their intent to conduct a "freedom walk" with five to eight participants carrying firearms in Old Town,” Alexandria’s Communication Director Craig Fifer said. “Unfortunately, localities in Virginia are prohibited by state law from applying community standards to the use and display of firearms."

Runyon said as uneasy as this made her, she’s just as concerned at how oblivious people seemed to the demonstration.

RELATED: Officials: A Maryland man bought 35 guns, but lied about who they were for

Credit: WUSA
Runyon looked out of her booth and saw the group making their way through the market.

“I think it’s sad that this is what our country has accepted and said it's okay to go in our streets as an everyday occurrence,” Runyon said. “For the most part people were talking around as if it’s no big deal as if we’ve become numb to it and that’s sad, I think.”

Fifer said the city has requests to the General Assembly that would put in place common sense gun regulations, such as the ability for localities to regulate how guns be used in government facilities.

WUSA9 has reached out to Right to Bear Arms-Richmond group and will provide their statement when available.