According to police, there are several factors at play. 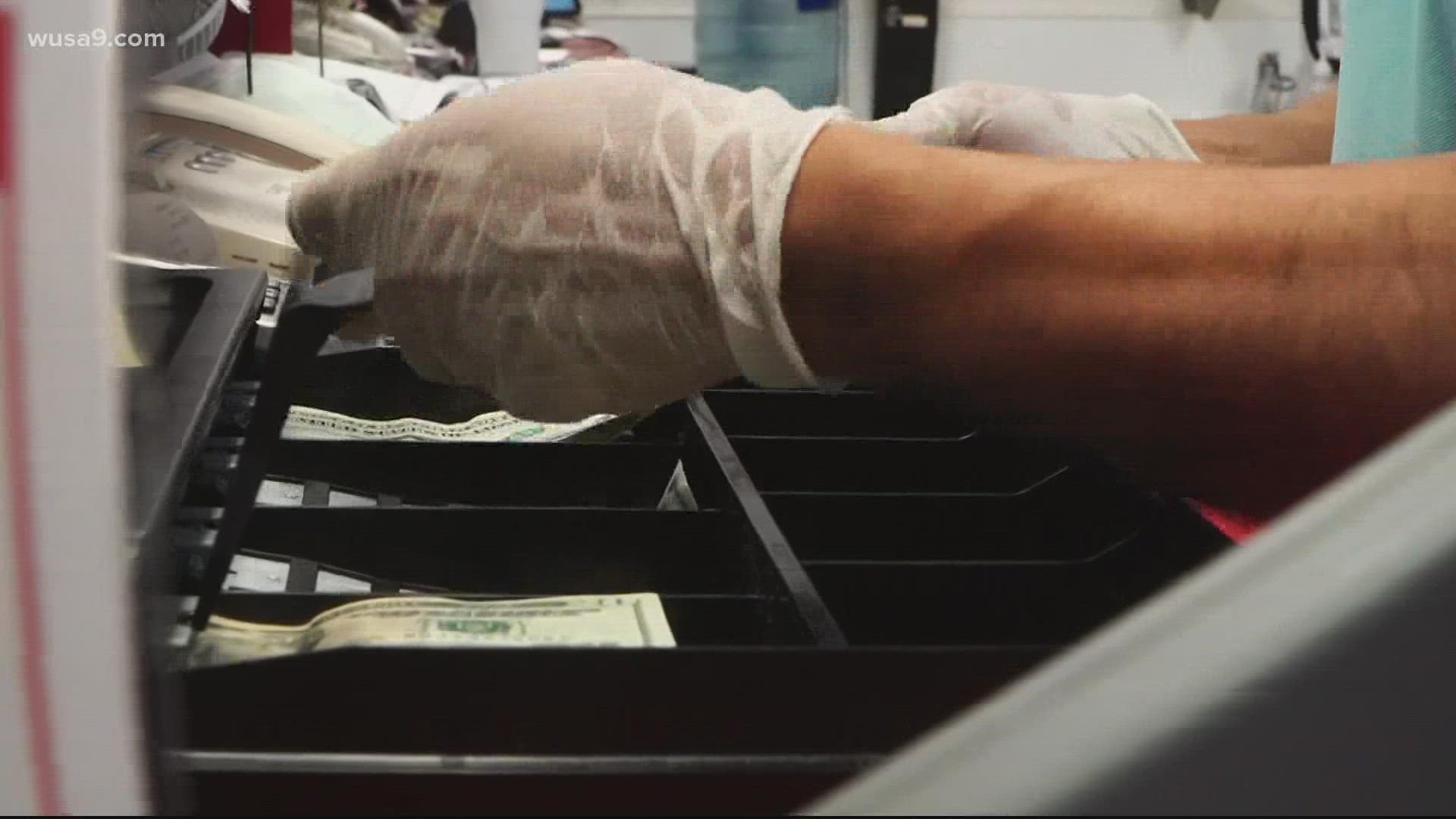 ALEXANDRIA, Va. — Alexandria City Police confirmed that they have seen a spike in burglaries and DWIs, and that there are several factors at play.

The DWI increase was expected, police say, and is due to bars lifting COVID restrictions.

As for the burglaries, police blame the anti-Asian attacks we saw earlier this year around the country and a known street crew in Fairfax County who police said are responsible for a string of smash-and-grabs. More than 100 businesses have been burglarized including five in the Pickett Street Plaza in the city’s west end.

Farshad Rowshandal has owned the Big Bite Pizza shop in the 600 block of S. Pickett street since 1997. The business was burglarized for the very first time in April.

“From the surveillance camera, it looks like the [suspect] threw a big rock through the window and broke it,” Rowshandal said. "He walked in and looked at the register, ripped it out and took it.”

“We came here, and they already broke the window and took the machine,” owner Alem Kassa said, gesturing to the cash register, “We feel bad. That’s the business.”

But according to the latest numbers, this crime trend is bad for business.

Alexandria Mayor Justin Wilson said the report, released to the Health and Safety Coordinating Committee, showed some challenges that he said the police department is “committed to addressing.”

As for what these numbers look like in real life, Rowshandal said he’s still dealing with the burglary and will head to court in late September. Police arrested one juvenile in connection to the burglary.

Besides the surveillance camera, they’ve made a few additional changes to prevent another break-in from happening again.

“We leave the cash register open now so they see there’s nothing in it,” he said with a slight chuckle.

The numbers aren’t all bad.  Aggravated assaults are down and police said there have been no murders this year in Alexandria.