BETHESDA, Md. — If you’ve been watching FBI Most Wanted on CBS, you know just how hard federal agents work to track down killers.

But one of our region’s most brutal alleged killers has never been caught.

There are some in law enforcement who will never give up the hunt – like former backwoods ranger Dwight McCarter.

"We’re at Jakes Creek Trailhead," McCarter said as we followed up to the spot in Great Smoky Mountains National Park where investigators say Bishop dumped his blood-spattered family station wagon.

In 1976, McCarter was part of a massive, weeks-long search for the accused killer.

"One of the rangers noticed the car, and he thought maybe it was a backpacker," McCarter said. "They run the plate and it turns out that guy was wanted by the FBI. And then it turned into a rather large search here. Just people squeezed in everywhere."

Images from an alleged mass murder 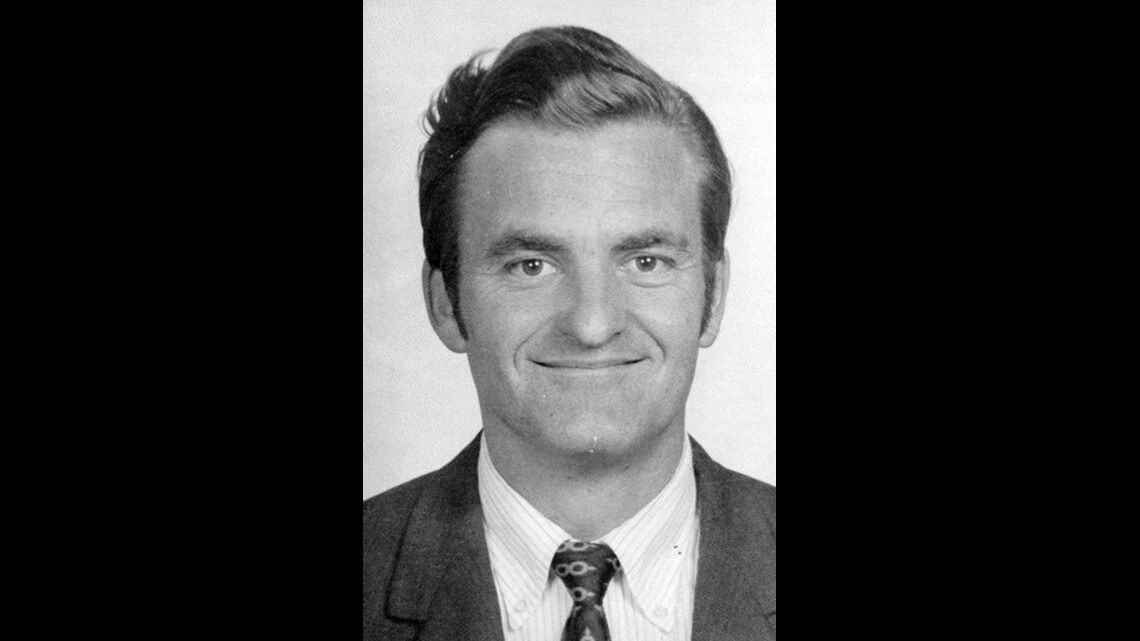 "This is Bishop’s family. You know, you would have thought they were the perfect family," said Montgomery County Sheriff Darren Popkin, scrolling through pictures of the Bishops. "They seemed to be very happy. They would go to the beach. Go skiing."

Sheriff Popkin has been haunted by the murders since he was a teenager in the Carderock Springs neighborhood off River Road. "I was 14... I had some friends that lived literally right down the street from them."

Bishop was a US Foreign Service Officer. He’d been in military intelligence. He aspired to be an ambassador.

Deeply ambitious, investigators said he’d been passed over for promotion and was struggling financially. He'd been seeing a psychiatrist, according to investigators.

"He wanted to portray this perfect family that was kind of carefree, had lots of money. And actually, they were running out of money," said Sheriff Popkin.

Investigators said on March 1, 1976, Bishop told his boss he was sick, went to the Sears at Montgomery Mall, bought a sledgehammer and a gas can, fueled up the station wagon, got a shovel and pitchfork at a Bethesda hardware store, went home – and killed his wife, his three sons, and his mother.

"He took the hammer he had bought and beat her over the head and killed her in just a terrible, terrible, horrendous way," said Popkin. "The boys were already in their pajamas; they were in their beds. He went room by room and beat them to death one by one. The blood pattern will show you that he goes back to the front of the house, then he killed his own mother."

Police said he spared the family dog, piling Leo into the family station wagon with the bodies.  Investigators said he drove south to North Carolina, dumped the bodies in a grave he'd dug and set them on fire, and then drove to the Great Smoky Mountains and vanished.

He was on the most wanted list for a few years, and there have been credible sightings in Italy, Sweden, and Switzerland. But every lead has turned up dry.

"They are just a beautiful family and that’s really what continues to drive me every time I see their beautiful faces," said Popkin.

"I think he’s gone," said McCarter. "I think he finally realized what he’d done. And he came here (to the Smokies), and he couldn’t get no peace."

Bishop would be 83 now, so if he’s alive, there may not be much time left to bring him to justice.