A 4-year-old with autism was having a 'meltdown' on the Metro. Then this officer stepped in to help

Taylor Pomilla posted a heartfelt thank you to the officer on Facebook last week, but didn’t get his name. They were reunited on Wednesday. 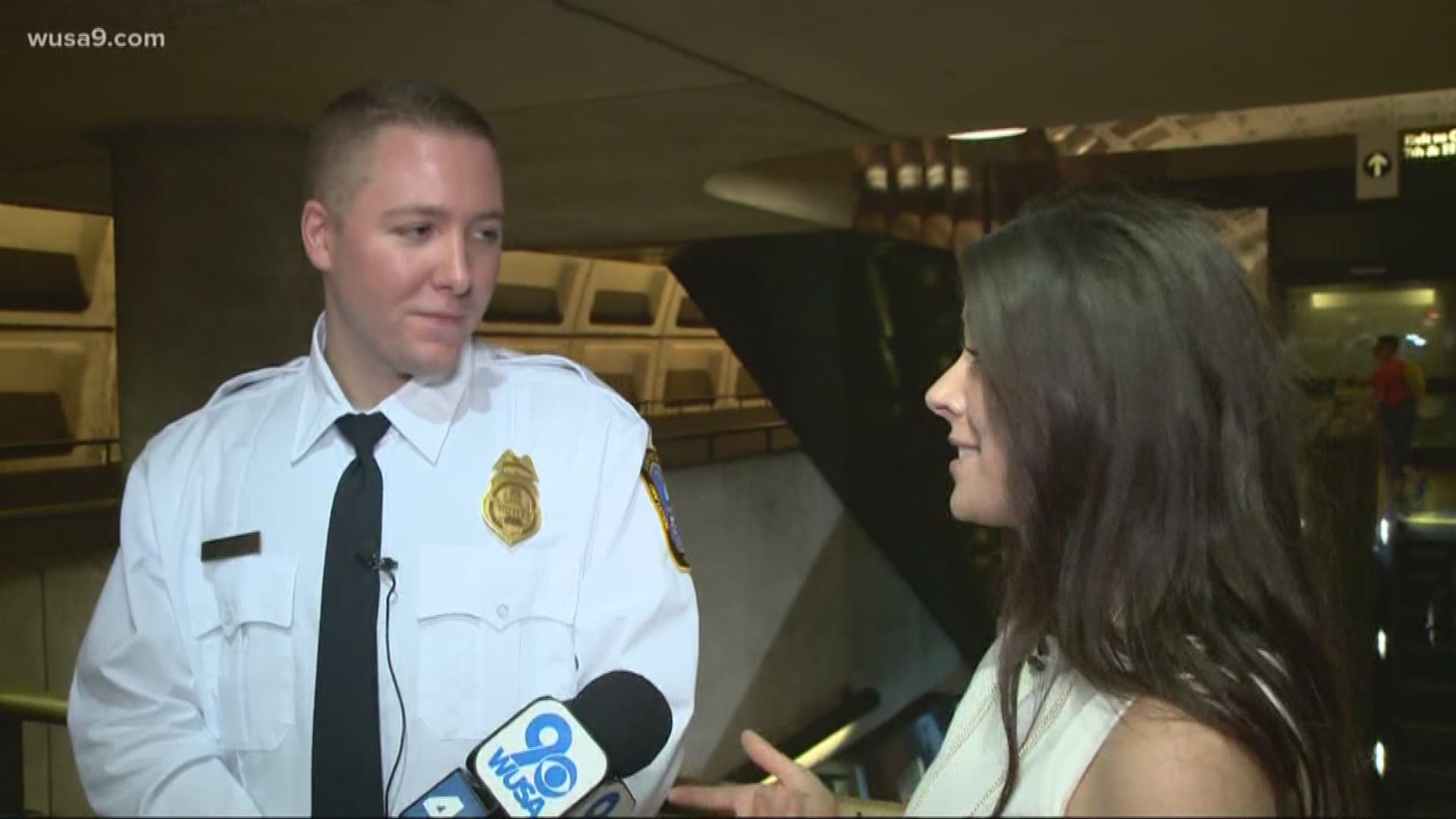 WASHINGTON — After a “big meltdown” during the evening commute last week, a D.C. mom and her son with autism were reunited with the officer who escorted them home.

“It’s not as lonesome as it might feel sometimes,” said Taylor Pomilla while wiping away tears. She met Officer Dominic Case at the Gallery Place station Wednesday.

“What you posted was the nicest thing anyone has ever done for us,” Officer Case said.

RELATED: Metro officer calms 4-year-old with autism having a 'meltdown' on train, escorts him home

Pomilla posted a heartfelt thank you to the officer on Facebook last week, but didn’t get his name.

"This officer completely went out of his way to help Andrew. He honestly restored my faith that there are good people still left in the world," she wrote.

Her post went viral. It included a picture of Officer Case holding Andrew’s hand, which he did the whole ride home.

When the trip was over, Case also let Andrew have his badge.

A single mom, Pomilla was stunned. “It was a perfect ride and honestly, just to breathe for a second was nice.”

Prior to the moment Officer Case helped calm Andrew, he was kicking, hitting and pulling his mom's hair during the rush hour Metro commute. Pomilla explained how nothing she did would help calm her son.

"He started rolling on the floor, screaming, his shoe fell off and he flung it across the train, all while I’m on the floor trying to calm him down (in a dress) with all the candy I had," she wrote.

“I just approached them as I would approach any situation. I have a 4-year-old boy the same age," Case explained.

Officer Case has been with the Metro Transit Police Department for five years and said he participates in an annual autism sensitivity training.

Pomilla told Case that Andrew has autism as soon as he approached.

“I tried to get down to his level and distract him a little bit. Metro can be a scary place, even for adults,” he said.

Case will be honored at the WMATA board hearing Thursday.