Officials say these cases are part of the nearly 200 reported in 22 states. 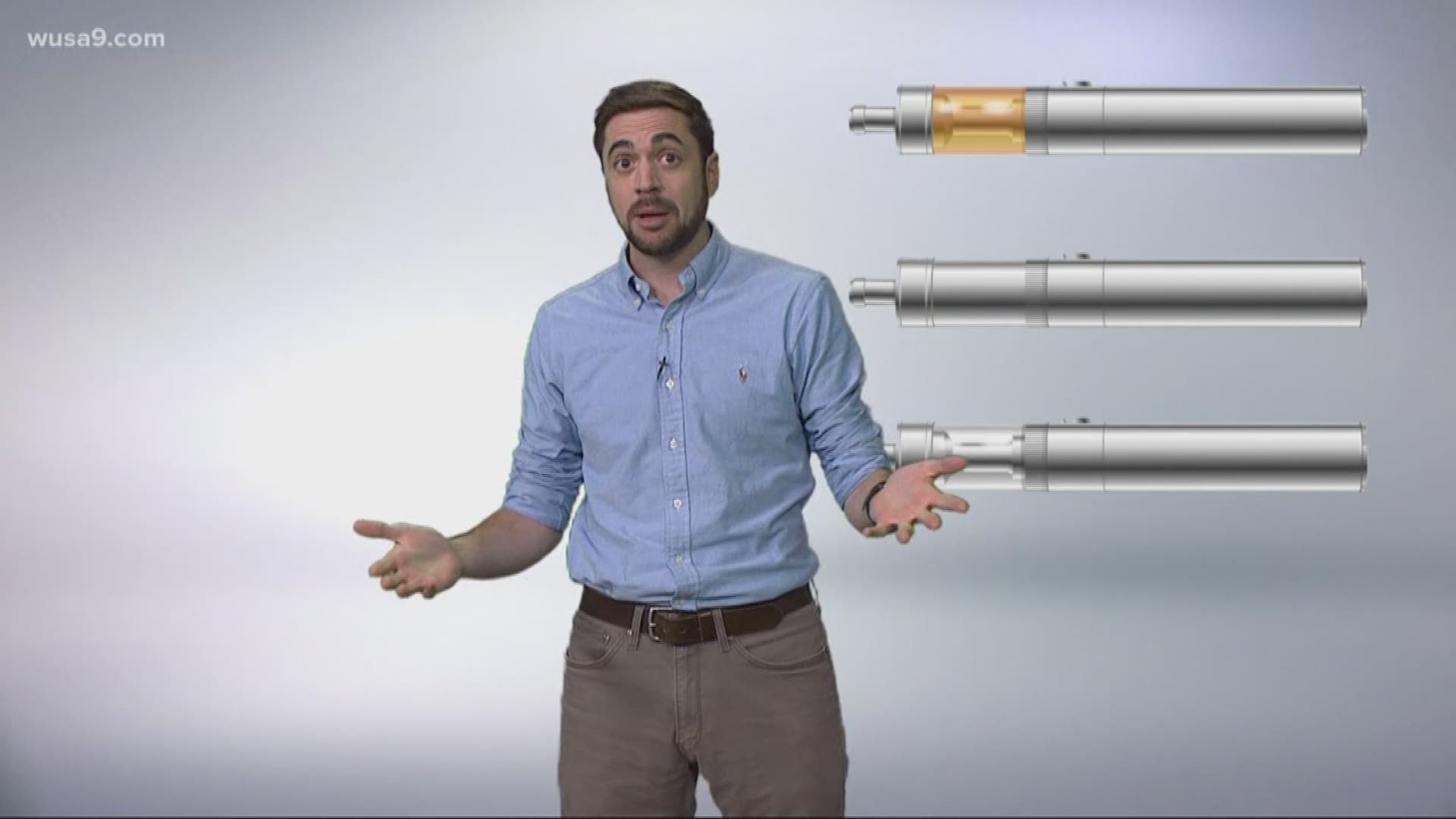 MARYLAND, USA — Five people have been identified who in the last month developed severe lung illness after vaping, a press release from the Maryland Department of Health said.

The Maryland Department of Health and the Maryland Poison Center at the University of Maryland School of Pharmacy identified the individuals.

Respiratory symptoms reported by patients included shortness of breath, pain associated with breathing and a cough. Other symptoms included fever, nausea, vomiting and diarrhea, the release said. But the cases displayed "no clear infectious cause and all required hospitalization."

These five cases are part of the nearly 200 reported incidents of vaping-related illness in 22 states, resulting in at least one death.

"The Maryland Department of Health is taking this issue seriously and is working with local health departments, the Centers for Disease Control and Prevention and the Food and Drug Administration to identify anyone who may be experiencing similar symptoms," MDH Deputy Secretary for Public Health Frances Phillips said.

"This is a serious and potentially [life-threatening] illness," Bruce Anderson, Executive Director of the Maryland Poison Center, said. "If you have used e-cigarettes or vaped in the past weeks or months, and you start to have trouble breathing, stop using these products and seek immediate medical attention."

RELATED: Do 'vaping' warnings deter users? Here's what some had to say

The release said many vaping products have been found to contain substances that can be toxic when inhaled, and might not be listed on product packaging.

"There is so much we don’t know about the contents of these products. The best way to keep yourself safe is to not use e-cigarettes or vapes," Dawn Berkowitz, Director for the MDH Center for Tobacco Prevention and Control, said. "We know quitting is hard, but there are resources available to help. Trained professionals are available 24/7 to help you stop vaping or smoking."