An ANC Commissioner is calling for drivers to slow down along Wheeler Rd. 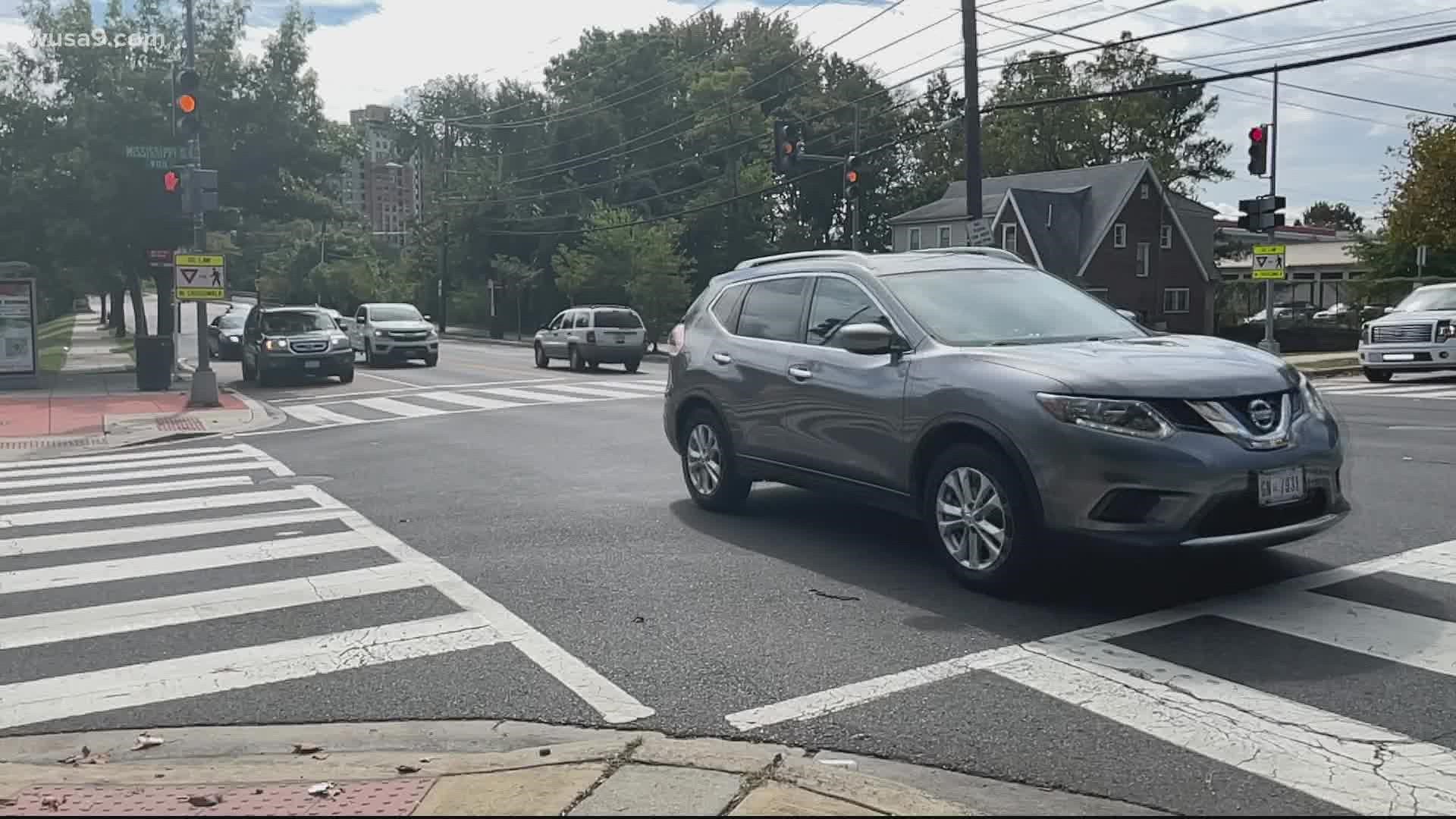 WASHINGTON D.C., DC — Slow down, that’s the message from leaders in Southeast D.C.

Two children and their father are still recovering after being hit by a Jeep while crossing Wheeler Road SE at Mississippi Avenue Wednesday morning.

Just a day after three people were hit, some drivers sped through the same intersection. Many drivers were following the rules, obeying the no turn on red signs, but one driver went around another car at a red light to make a right turn. Thankfully, nobody was in the crosswalk.

There are three schools in that part of Congress Heights. The speed limit is reduced to 15 mph.

We checked with the District Department of Transportation (DDOT) – and we saw they have identified Wheeler Road SE as a "high crash corridor."

In the study, it showed the most common type of accidents are rear-ending crashes, but between 2017 to 2019, the study found there were 16 crashes involving pedestrians, bicyclist or fatal crashes

Adofo said ultimately those who drive in this area need to be more responsible in keeping their neighbors safe.

DDOT has also asked people who live in this community to take the Wheeler Road Survey. It’s a way for you to make sure your voice is heard.

RELATED: Children between the ages of 6 and 9 struck by car while walking to school, police say