A 30-year-old died after being shot in Virginia on Thanksgiving. 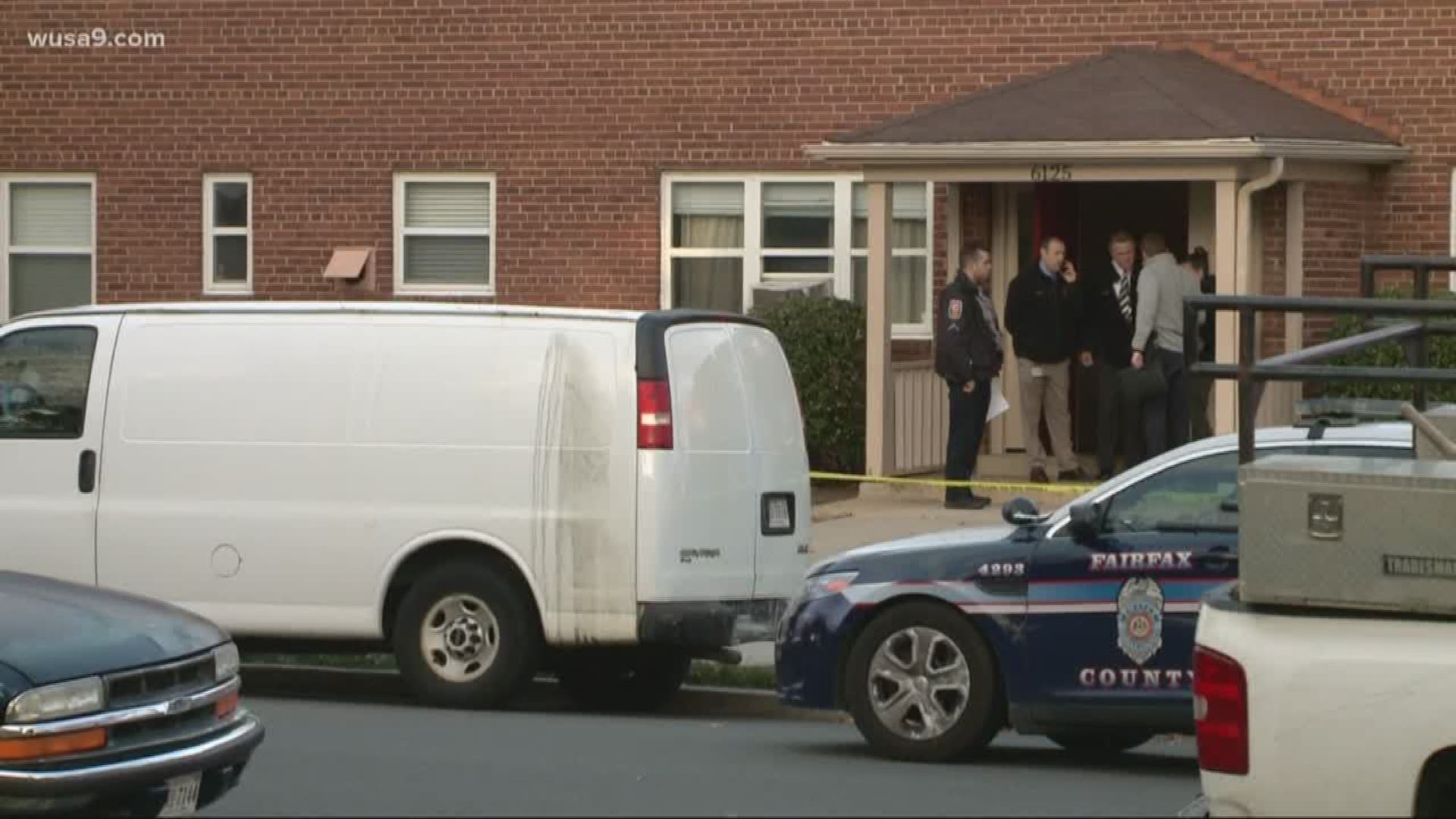 WASHINGTON — A 17-year-old boy is in custody after he fled the Northern Virginia area following a deadly shooting in Springfield, Virginia on Thanksgiving. The teen was arrested in North Carolina.

Detectives worked to identify the suspect, and once he was identified, felony petitions for murder and use of a firearm in the commission of a felony were obtained, police said.

Detectives tracked the suspect and received information that the teen was in North Carolina, police said.

"Detectives coordinated with the Buncombe County Sheriff’s Office and the suspect was safely taken into custody," police said. "The suspect will remain in the custody of the Sheriff’s office until extradited back to Fairfax County."

A 30-year-old man has died after being shot in Springfield, Virginia on Thanksgiving afternoon, police said.

Police said the 30-year-old male victim was taken to a local hospital after being shot in the 6100 block of Dinwiddie Street in Springfield, Virginia Thursday afternoon.

The preliminary suspect was a Hispanic teen, who's 5-foot-7 and was wearing a white jacket and dark pants. Fairfax Police originally said they believe the suspect and the victim knew each other.

On Thursday evening, Fairfax Police confirmed the identity of the victim as 30-year-old Ever Deras-Borjas of Springfield. Authorities said that when they were called to the scene, they found Deras-Borjas suffering from upper body trauma and gave him first aid before taking him to a nearby hospital. Police said that it was at the nearby hospital where Deras-Borjas succumbed to his injuries.

The Office of the Chief Medical Examiner will conduct an autopsy to determine the cause and manner of death, according to police.

Fairfax Police asked residents to avoid the area earlier in the day, as authorities were still investigating the scene.