The Port of Baltimore handles about one million tons of salt per year. 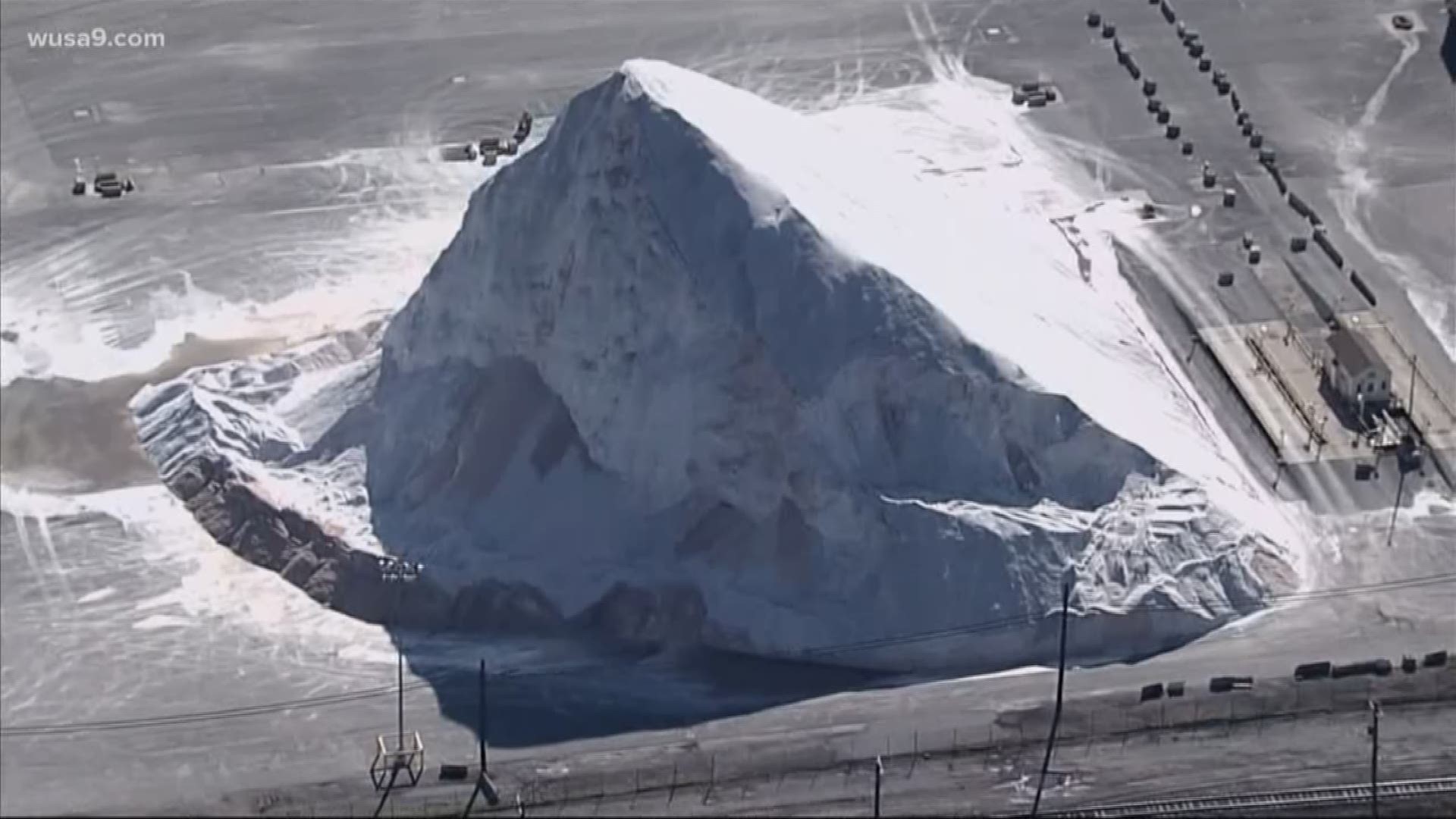 BALTIMORE — The mountains of salt piled in Baltimore's port and looming over I-95 near the McHenry Tunnel can conjure images of alpine mountains or perhaps an iceberg that has somehow drifted in.

The salt is shipped to Baltimore from mines in the Atacama desert in Chile and from Baja salt flats in Mexico, according to John Coulter, President of Rukert Terminals, which has handled salt shipments for decades in Baltimore.

The Port of Baltimore handles about one million tons of salt per year, Coulter said. The Baltimore piles are the primary source of road salt in large parts of Pennsylvania, Maryland and Virginia, terminal operators said.

The operator of one terminal handling salt estimates the largest pile could be as high as a 10-story building.

RELATED: Beet juice brine -- it's not just for Thanksgiving, but also for snow removal

The SHA reports adequate supplies of salt for the upcoming season.

Credit: wusa9
Imported salt from Chile and Mexico piled high at Locust Point in the Port of Baltimore

While salt is used on roadways across the DMV when it snows, some are opting out of using salt. Instead, they're using beet juice brine.

Yes, salt is traditionally has been used for keeping roads and sidewalks from turning icy. But this can only be effective at melting snow with temperatures as low as the mid-20s.

RELATED: First flakes of the season possible next week in DC, MD, VA

So this year, D.C. will be making a new mixture of beet juice brine to pre-treat roadways up to 72 hours ahead of a winter weather event. They did use beet juice along with rock salt last year. But this year, this will help to reduce the overall salt used on roads.

D.C. has invested in brine making equipment, so that they can make additional brine themselves ahead of any upticks in a number of winter events. They're going to add more focus on keeping bike lanes and sidewalks cleaned, which are major means of transportation for residents during winter events.

Salt will still be used to treat roads though, and most of it will come from these 10-story mounds in Baltimore.