The city's first-ever initiative is being met with some skepticism 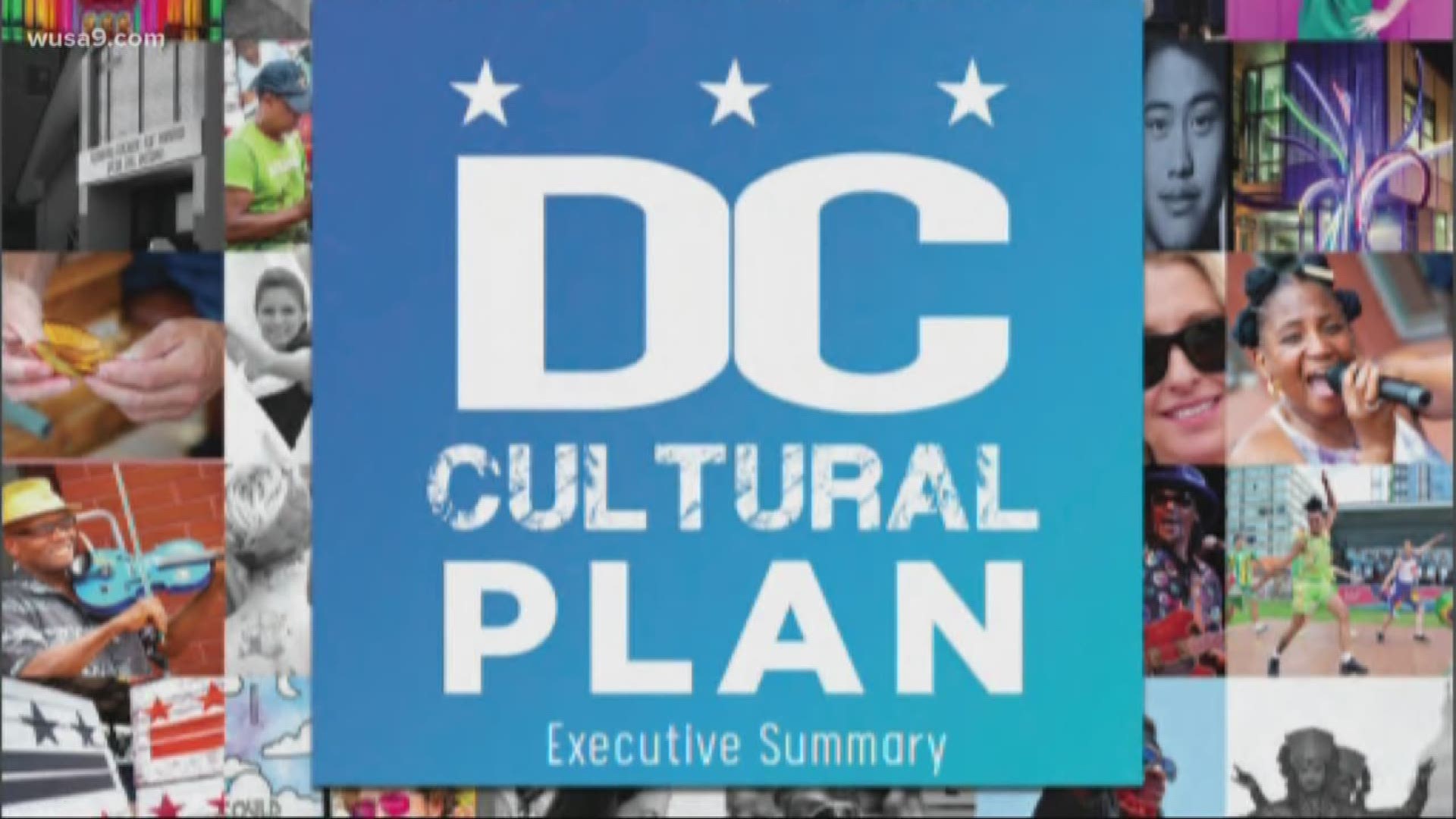 For years, artists in the District have been asking the city for more support.

“People—they don’t look at D.C. as a like, a center point for creativity,” said photographer Adedayo Kosoko, pointing to the lack of dedicated creative spaces as a major challenge for local artists.

“A lot of people are leaving from D.C. to go to Baltimore, where the rents are much cheaper,” said artist Stephen Benedicto. “Sustainable, low rents for artists would change the entire art scene here.”

Hoping to address some of their concerns, last week the city unveiled its first ever Cultural Plan, which details how the city will set aside over $8 million to help grow Washington’s art scene by investing in infrastructure, financial aid for artists, and programming.

But after reviewing the 224-page document that was five years in the making, many in D.C.'s art world remain skeptical.

DC Cultural Plan
Mayor Bowser's DC Cultural Plan lays out a vision with 28 policy and 8 investment recommendations on how the government and its partners can build upon, strengthen, and invest in the creators, spaces, and consumers that support and create culture within the city.

“We’re worried that the Cultural Plan is framing a lot of the facility support as loans, instead of grants,” explained Mark Chalfant, of the Washington Project for the Arts.

Some are also concerned about the plan’s timeline - or lack thereof.

“Currently in the plan they’re not really sure when they’re going to be creating incentive programs for landlords and things like that,” said Chalfant.

“We want it to move forward faster. There are a lot of steps in the plan which aren’t rolling out in year one. And it’s not really clear what year they do roll out in,” he added.

This week local artists will meeting with DC Council Members and the Mayor's Office as part of ArtsAction DC’s “Arts Advocacy Week" to try and find solutions. They say it's crucial the community and government officials work together to keep D.C.’s art scene growing.

“There’s a lot of truth in art. And D.C. does feel very buttoned up. So this city in particular really needs that honesty. Especially right now, in just kind of the climate that we’re in,” said Benedicto.