Loudoun County Judge James Fisher accused an alleged domestic violence victim of being intoxicated and held her in contempt of court. She spent two days in jail. 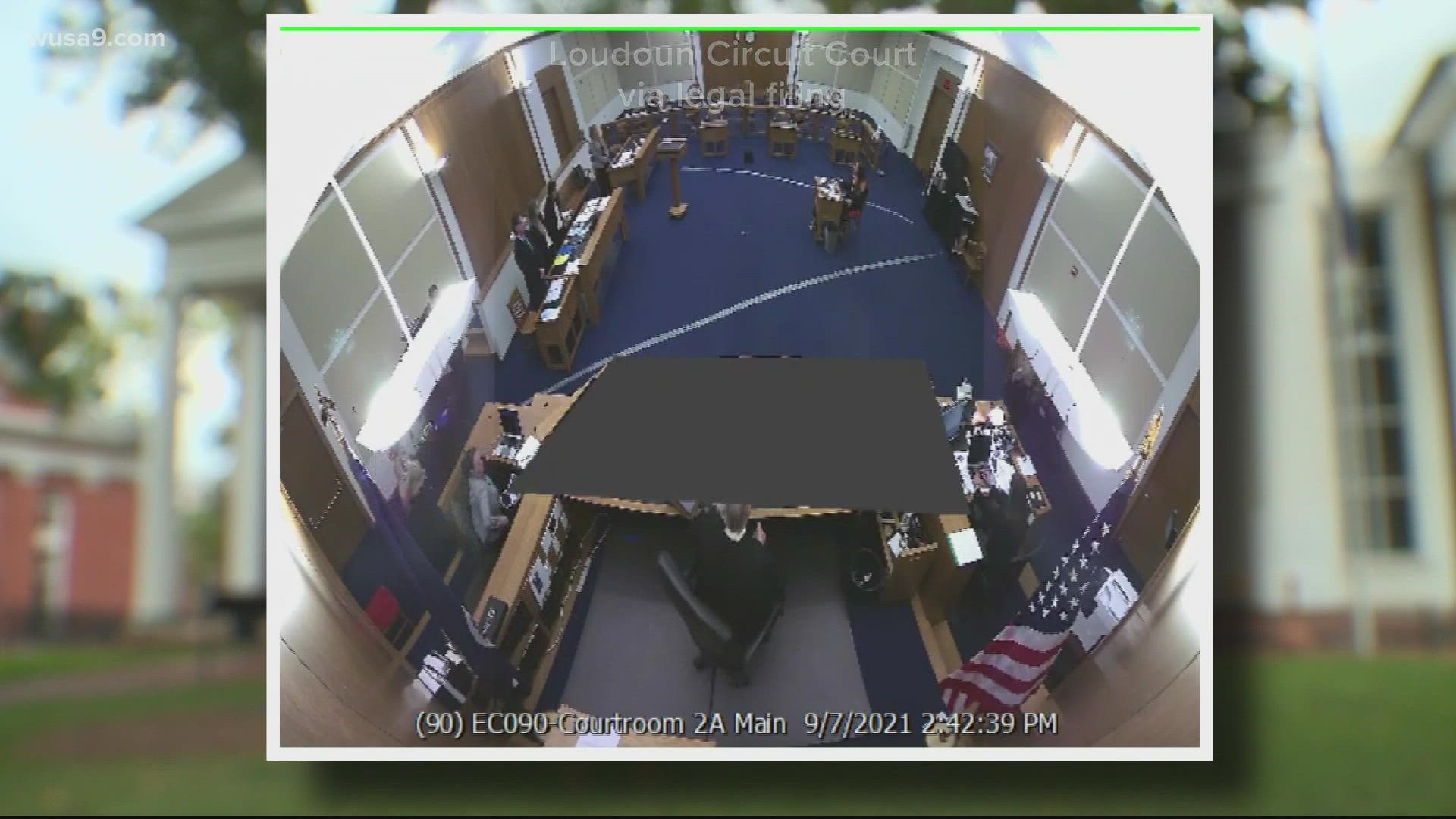 LEESBURG, Va. — A woman was testifying in Loudoun County Circuit Court that her boyfriend had punched her in the face when a judge ruled her in contempt of court and ordered her to serve 10 days in jail.

Judge James P. Fisher accused Katie Orndoff of being high on marijuana when she took the stand to testify on Sept. 7. Now, Orndoff is asking the court the vacate the contempt judgment.

Victim's rights advocates and prosecutor Buta Biberaj say they are fearful that what Judge Fisher did to an alleged abuse victim will scare other domestic abuse victims out of taking the stand to testify against their attackers.

In audio from the trial, you can hear Fisher tell Orndoff. "The court finds you in contempt of court."

Orndoff responds, with clear shock in her voice, "Me?"

"I’m going to sentence you to ten days in the county jail," the judge continues. "I’m going to remand you to the custody of the Sheriff."

In the background, someone in the courtroom responds, saying, "Judge!"

"Oh my God. What’s going on? I didn’t even do anything!" Orndoff shouts, before the judge walks out.

A bailiff walks over to her at the witness stand, and the video ends just before he handcuffs her and takes her off to jail.

"What am I supposed to do? I don’t understand!!!!" Orndoff cries.

Orndoff had been testifying that her former partner, James Phillips, punched her twice in the face in July. Over an hour into her testimony, Fisher dismissed the jury and accused her of being intoxicated.

"You appear to be under the influence of narcotics or some other substance," he told her.

The judge then asks her if she had smoked marijuana before she came to the courthouse.

"I mean before I got in the car and came here," Orndoff answered.

Attorney Thomas Plofchan, who is now representing Orndoff, and supplied the courtroom video in a filing, said surveillance cameras that captured images of Orndoff arriving at the courthouse show no evidence of her being intoxicated. Deputies agreed. Plofchan said Orndoff was simply nervous and agitated because she was testifying in front of the man who had hit her.

The Assistant Commonwealth's Attorney prosecuting the case against Phillips tried to speak up for Orndoff.

"I do think we’re talking about a victim who travels to the county to testify in a trial who is now being held in custody," Biberaj said. "Judge, I think she’s entitled to counsel at this point."

"Ma’am, she admitted in court to smoking marijuana today," the judge replied, cutting her off.

Orndoff was released from jail after two days. She’s expected back at the courthouse Wednesday to try to get the contempt judgment vacated.

Alex Rueda, chief of staff for the Loudoun County Circuit Court judges, said the canons of judicial ethics prevent him from commenting on a pending matter.

"I did nothing illegal and I was not under the influence of anything," Orndoff wrote in a statement to the court. "Not only did I suffer abuse by my significant other, but I was punished for testifying ... I was dragged from the courtroom in handcuffs ...  I will never feel safe reporting abuse again."

This story was first reported by WUSA9's editorial partner, the Washington Post. 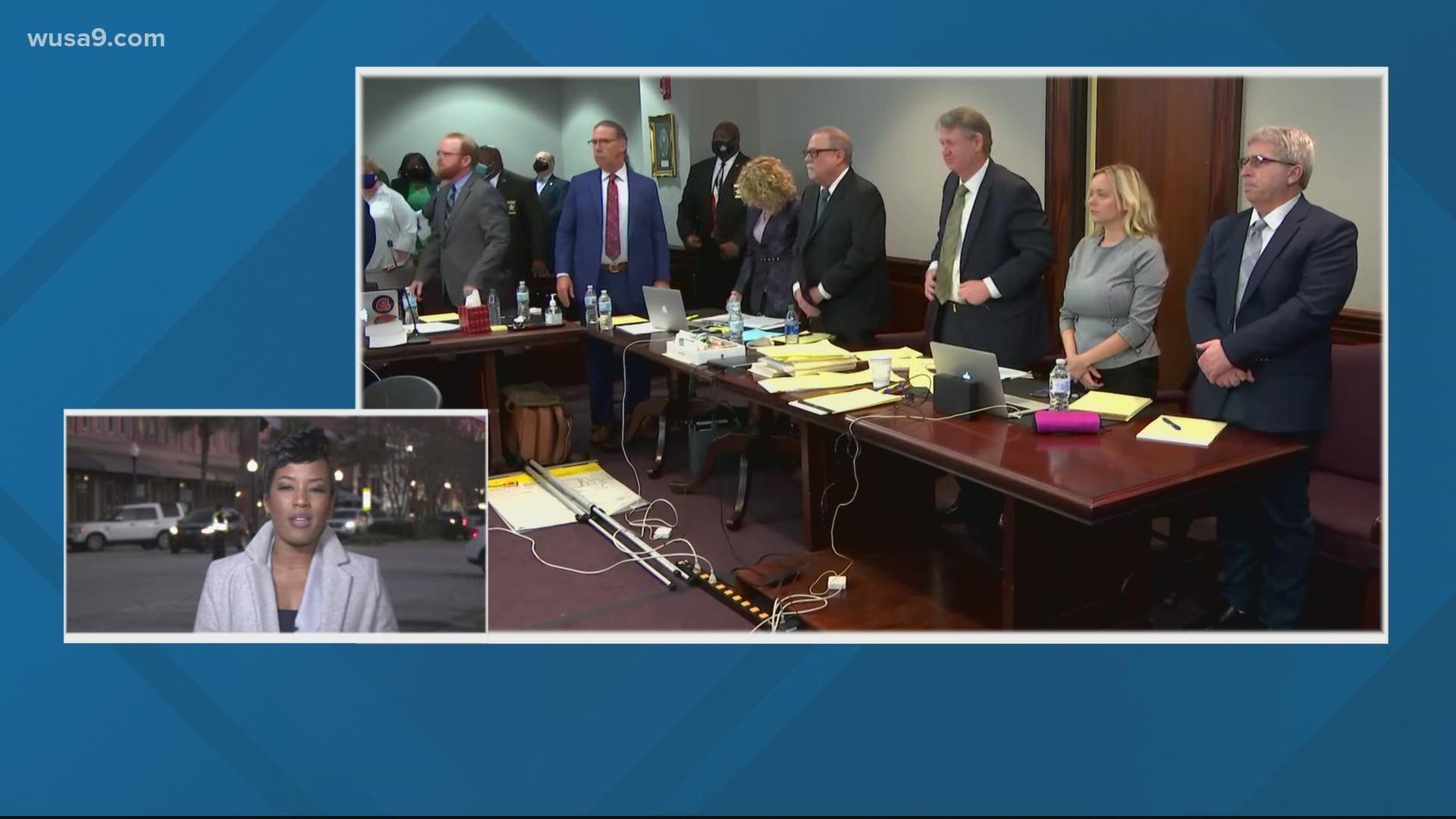