Is lane splitting too dangerous? New push to let motorcyclists ride between lanes

Riders insist that lane splitting makes them safer. They are deathly afraid of being rear-ended-- sandwiched between a fast-moving car from behind and a stopped car in front. 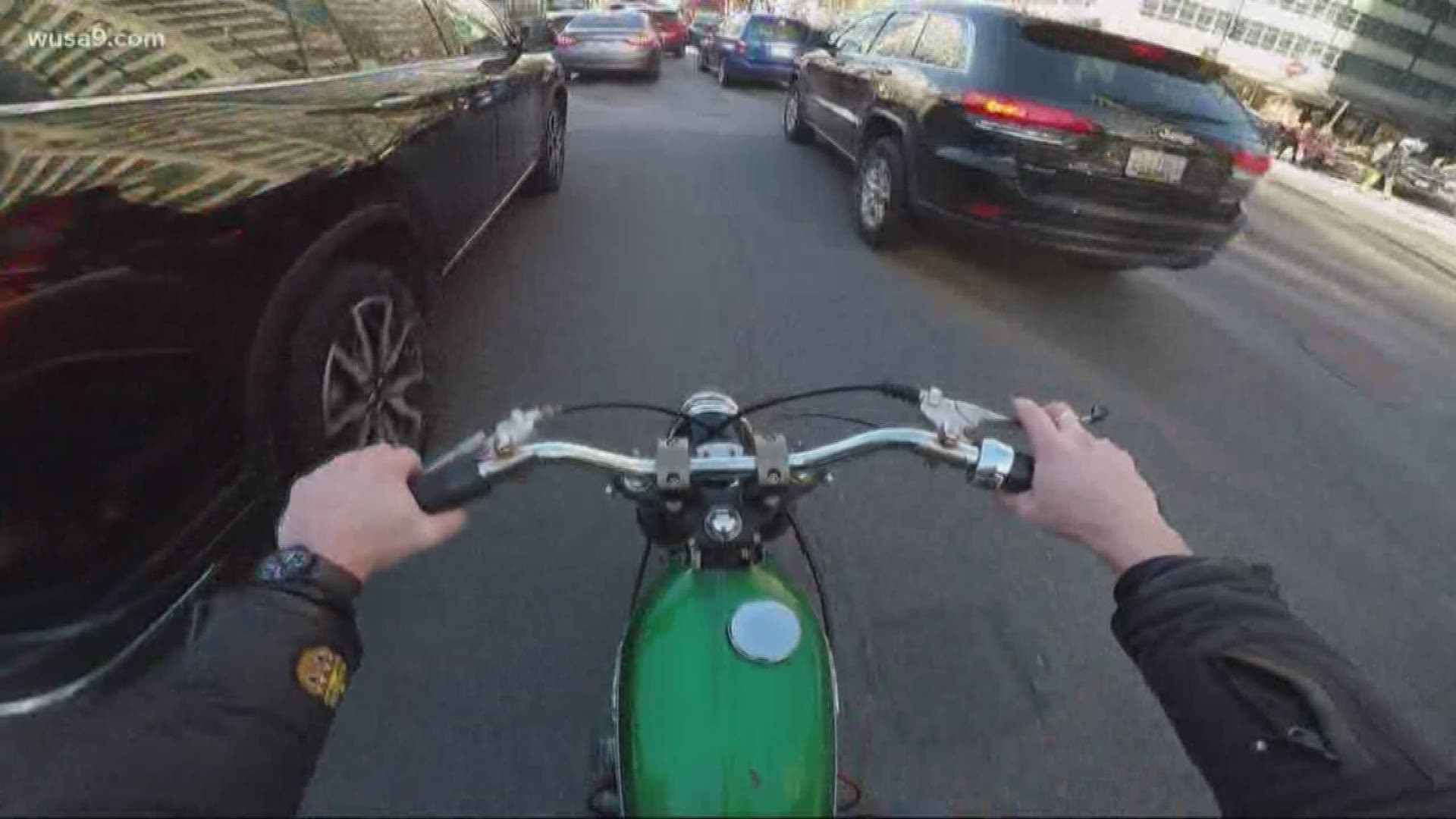 Every driver has experienced it. You’re stuck in bumper-to-bumper traffic when a motorcycle rider casually strolls up, between congested lanes, and to the front of a stoplight. The move is called lane splitting or filtering and it could one day be legalized in Maryland if a state lawmaker gets her way.

Outlawed in every state but California and Utah, lane splitting protects riders from being overly exposed to rear-end crashes according to Delegate Kathy Szleiga of Baltimore and Harford Counties.

"This is not riding 75 mph down Interstate 95," said Szleiga, a motorcycle rider herself. "By allowing people to go between lanes -- 5-10 mph faster than traffic -- is safe."

Proponents said lane splitting not only reduces risks to riders, but can also improve D.C.-area traffic, which consistently ranks among the worst in the nation. They said lane splitting actually reduces congestion, essentially giving motorcycles a dedicated lane and freeing up space for more cars to pull ahead. 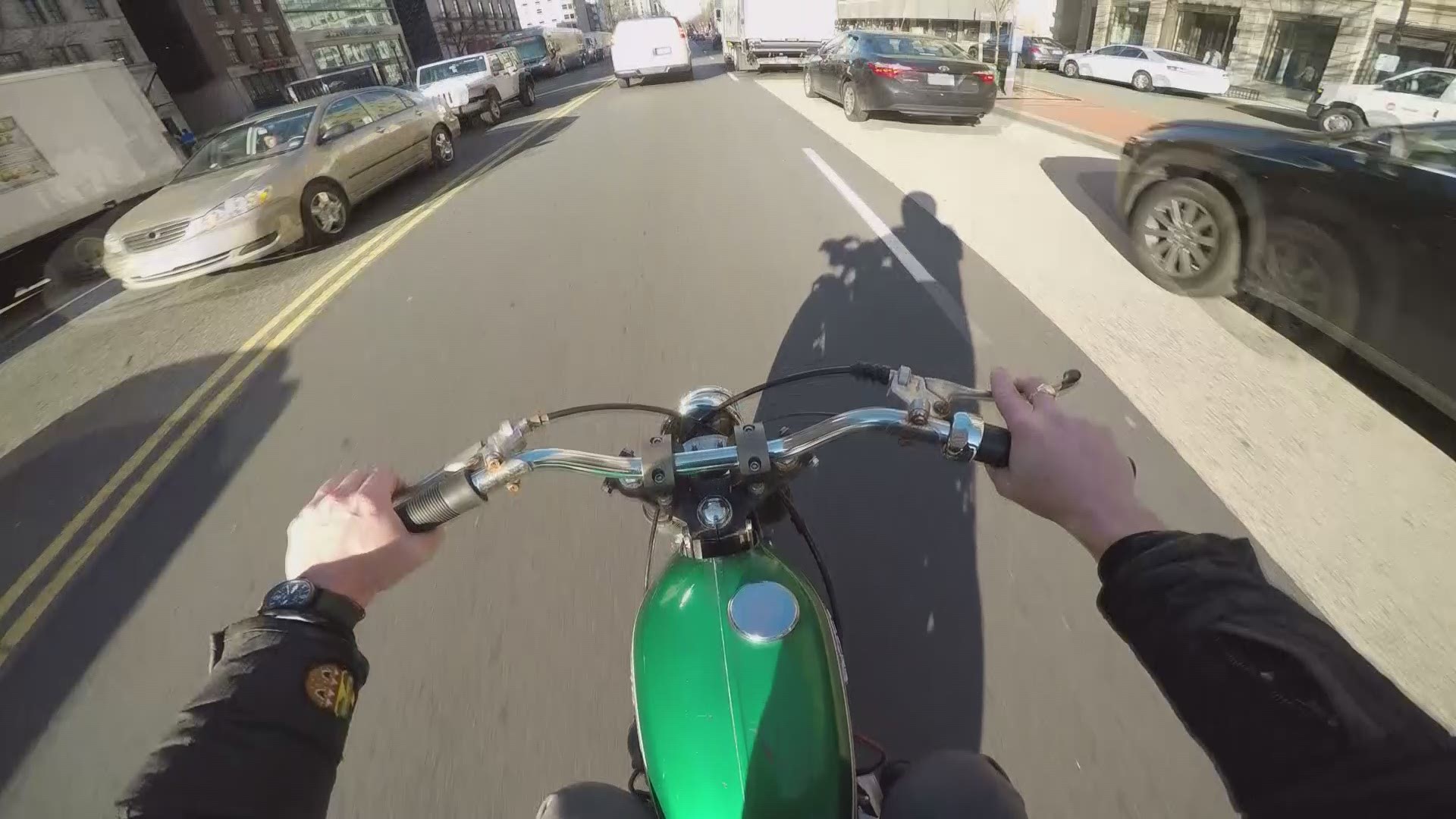 Riders also insist that lane splitting makes them safer. They said are deathly afraid of being rear-ended -- sandwiched between a fast-moving car from behind and a stopped car in front.

"For us, one of the scariest situations is when a driver sees the car in front of them but not the motorcyclist in between them," said Michael Sayre of the American Motorcyclist Association.

Szleiga’s lane splitting bill failed to move beyond committee hearings during this session of the Maryland General Assembly. Even still, motorcycle safety advocates are hopeful that Maryland will become the first state on the east coast to legalize lane splitting. Virginia lawmakers could also consider a lane splitting bill next year.

While the district does not explicitly forbid the practice, riders can still be cited for improper passing for failure to maintain lane. Sayre said city police "exercise a great discretion" when deciding whether to pull over lane splitters.

"Lane splitting is dangerous to both motorcycle riders and vehicle operators and could result in side-swipe and turn-into-path collisions and crashes as drivers in moving traffic may not expect to be passed by an object speeding between traffic lanes," Townsend said.

Motorcyclists say those types of crashes would result in injuries not near as severe as being rear-ended. They point to a 2015 study by the University of California Berkley which said that lane splitting increases rider safety.

With the push to change Maryland law stalled out this year, proponents said they will use the extra time to educate lawmakers, and the driving public, so there is less of a split over lane splitting.