While Maryland law forbids the sale and possession of exotic animals, auction houses are classifying zebras as equines and selling them as they would horses. 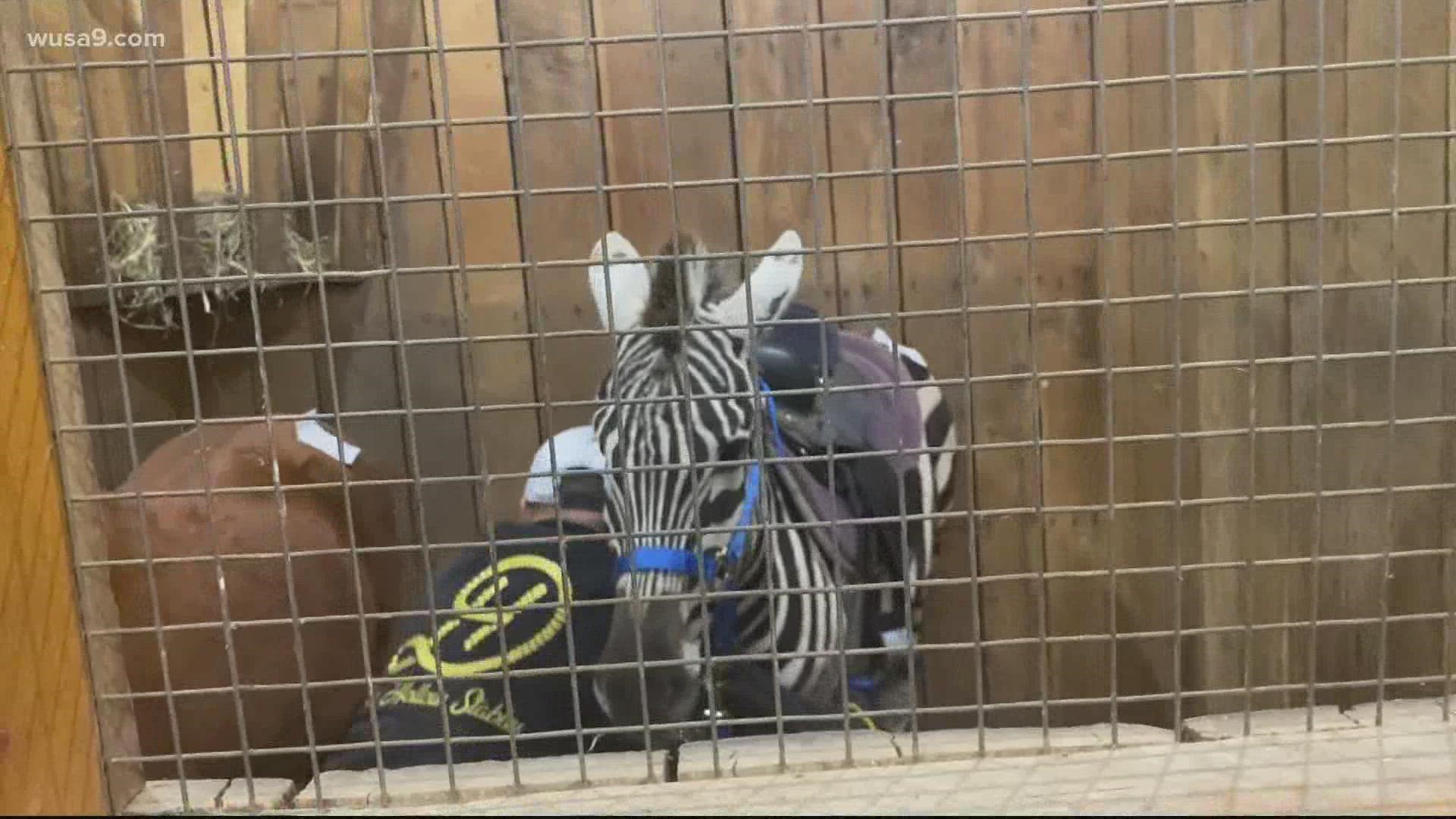 THURMONT, Md. — Hundreds of people came out to the Eyler Stables Friday night to witness a horse and livestock auction with one peculiar addition: a 3-year-old zebra.

The male zebra was sold for $15,300 to a family from southern Pennsylvania who said they bought him because "it would be nice to have one around." The auction house’s owner, Josh Wolfe, said he has seen zebras sell for as much as $17,000.

There is no federal law prohibiting zebra ownership in the United States. While Maryland law forbids the sale and possession of exotic animals, there is no mention of zebras, even though scientists consider them to be exotic animals.

Auction houses and farms are classifying zebras as equines, selling them as they would horses rather than exotic animals. The zebra's former owner said he had trained him to be saddle-ridden.

“I think that people should be able to buy zebras as long as they go to a good home," Wolfe said.

Zebras are exotic animals that cannot be domesticated, according to the Library of Congress, which adds "zebras are unpredictable and known to attack people."

Experts say that zebras should be sold in pairs, whether that be a mother and child, a mate or a donkey/horse companion. In the case of this stallion, his pair was a friendly pony. The auctioneers in Thurmont warned prospective buyers that it was best for the zebra's health to buy both animals. Separated zebras can physically harm themselves and even die in transport due to stress. However, the pony went to a different bidder for $2,500.

The man who was selling the zebra said he has no connection to zebra owner Jerry Holly, who is facing multiple animal cruelty charges in connection to his escaped zebras in Prince George's County.

WATCH: An exclusive look inside an exotic animal auction in Tennessee, where two of Holly's zebras were sold.