Who is responsible for Kennedy Center elevator that malfunctioned?

It turns out the Kennedy Center is responsible for inspecting their own elevators. 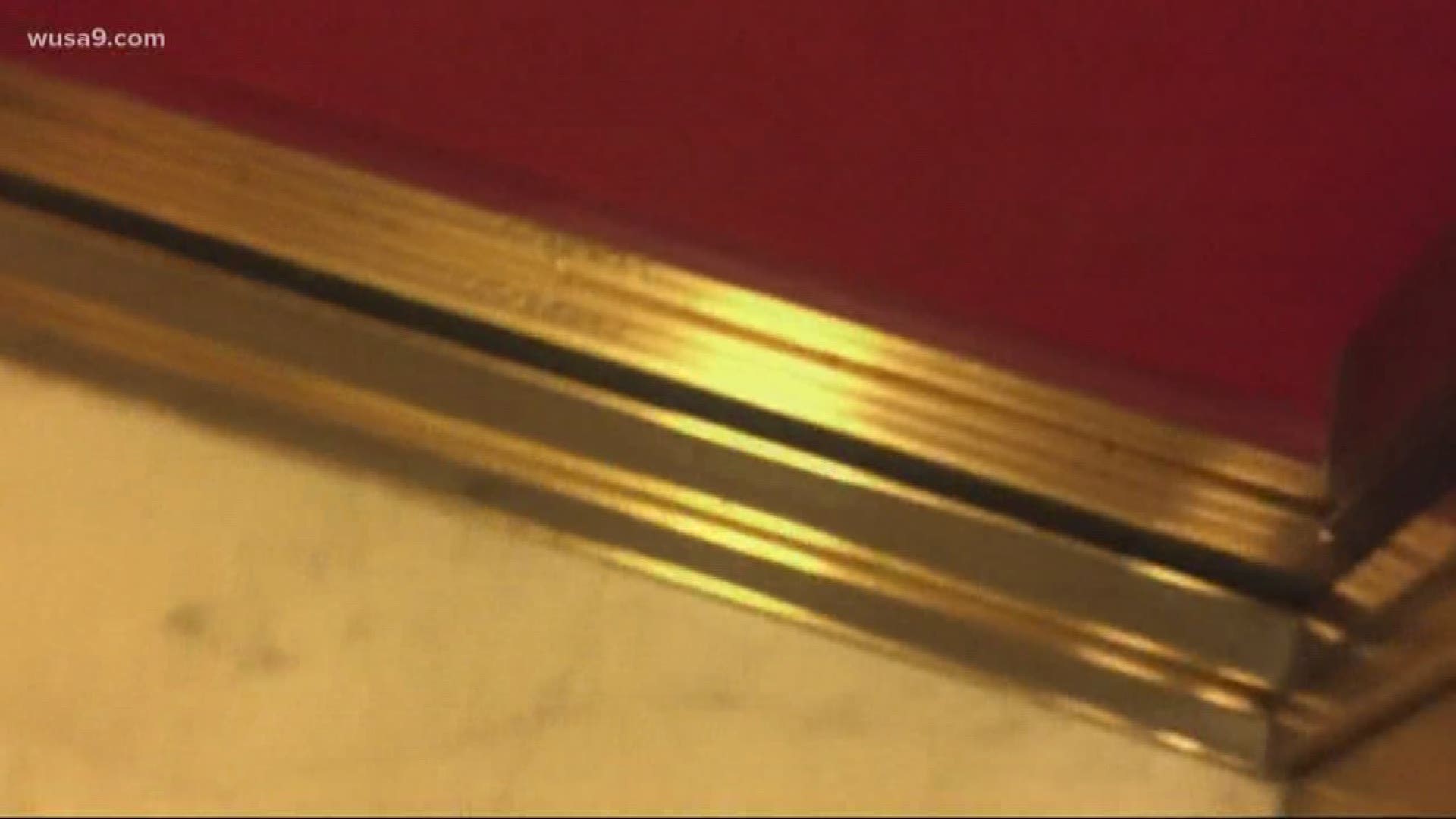 WASHINGTON — After two grandparents in their 80s and their young granddaughter got stuck in a Kennedy Center elevator over the weekend, it took WUSA9 a few days to figure out who is actually responsible for checking on those elevators.

First, the DC Department of Consumer and Regulatory Affairs said the General Services Administration oversaw the elevators at the Kennedy Center.  GSA said it's not them.

Finally, the Kennedy Center confirmed they are responsible for their own elevators and making sure you're safe next time you go to see a show.

"We weren't there no more than 20, 30 seconds when the elevator just stopped," Wayne Smith said earlier this week.  The 82-year old, his 80-year old wife and their 11-year old granddaughter were rescued from a malfunctioning elevator inside the Kennedy Center Sunday. “This was at least 40 feet I was hoisted up,” Smith recalled.

This is not the first time folks have been trapped in a Kennedy Center elevator.  Back in April, three young adults had to be rescued - just like the Smiths - after the elevator they were riding in stopped functioning properly and descended to the bottom of the elevator shaft.

A sign inside the elevator said the inspection certificate is available at the facilities department. WUSA9 obtained that certificate showing the elevator the Smiths were stuck in Sunday - was signed off by Dominion Elevator Inspection Services.  That elevator is now out of service for repairs, but just passed inspection six months ago.

A national manufacturer repairs all 28 elevators in the Kennedy Center. Twenty-three of those elevators are nearly 50 years old.

A spokesperson said the 1970s era elevators were "modernized through a major upgrade from 2004 to 2009."

Smith, however, said he wasn't concerned he would be stuck for long.

“I never felt worried at all,” he said.

So even though Smith wasn't worried, both incidents - just four months apart - it raises questions about the reliability of these elevators and the safety of the nearly 2 million people who visit the Kennedy Center every year.