Each branch announced instructions for how spouses could get back money they spend to get re-licensed in their new states. Some told us officials don't know about it 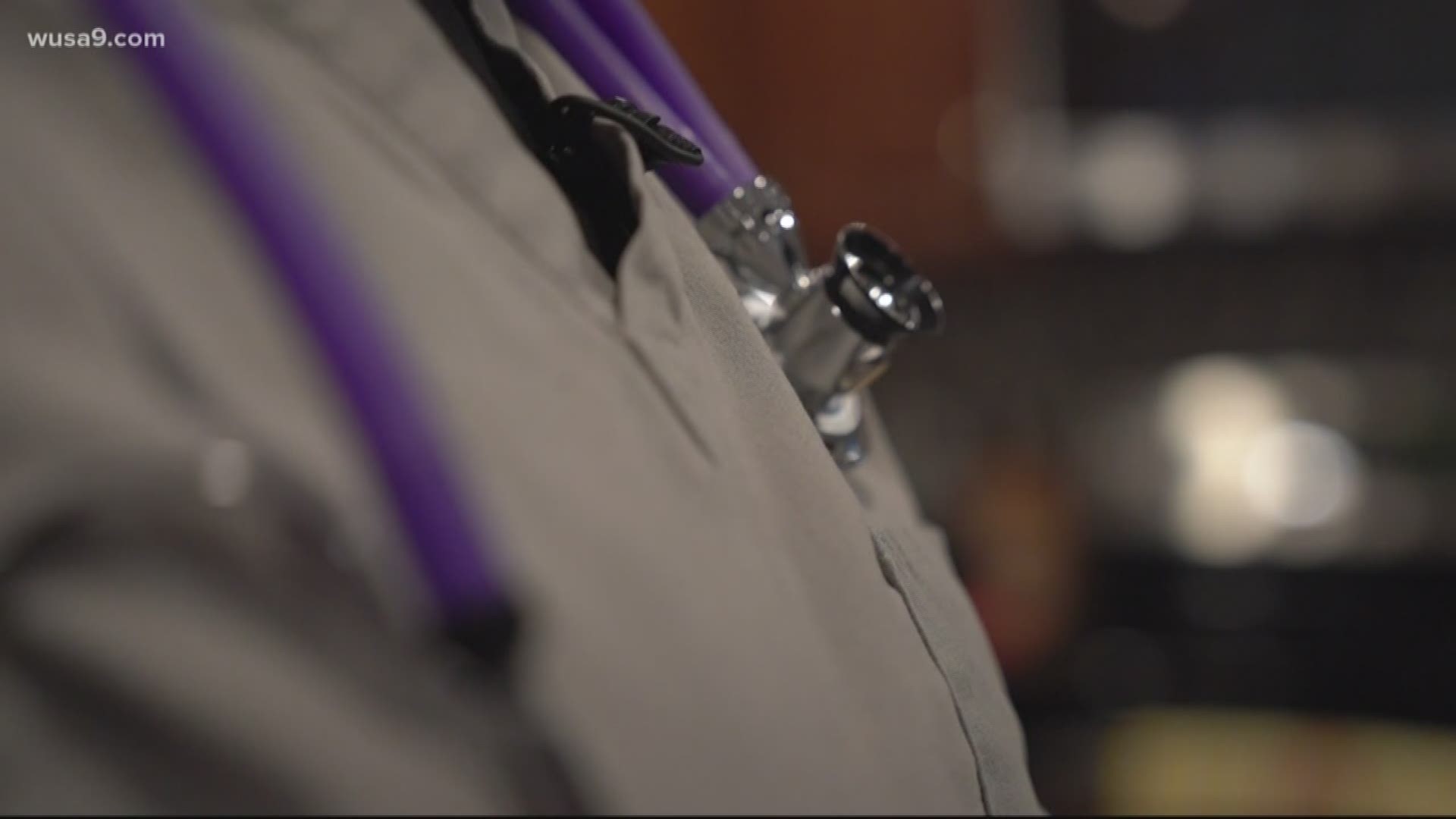 WOODBRIDGE, Va. — Military spouses say they're running into issues filing for re-licensing reimbursement through the armed services – leaving their families to absorb costs they shouldn't have to pay.

After a WUSA9 original investigation, the military said it would start reimbursing spouses for certain job-finding costs they have to pay every time they are moved to a new base.

Each service branch announced instructions for how husbands and wives could get back money they spend to get re-licensed in their new states. WUSA9 has been keeping track and some spouses told us officials, who are supposed to coordinate the payments, don't know about the program.

In the 13 years her husband has been in the Army, nurse Amy Hudak has had her fair share of job searches and out-of-pocket job search expenses.

“Every time I've been lucky enough to find a job that I really like,” she said. “Once you figure out, 'Do I need to get a new license?' then you have to go and see what is my application cost, what's my background checks, what are the other things that go into this and it often runs into the hundreds of dollars.”

Credit: The Hudak Family
The Hudak Family keeps a decoration on their wall tracking all the places they've lived, among them Fort Hood, Texas, and Vicenza, Italy.

Keep in mind, the military is calling the shots on where and how often families like the Hudaks have to move from base to base. It's usually a change every two-to-three years. Amy thought this time would be different.

RELATED: Air Force will pay spouses to get new professional licenses after moving

That's because In December 2017, Congress authorized a program to reimburse spouses. It kicks in if they're in a profession where they need to get a new license or certification to work in their new state. But the military didn't create those policies, until we started asking questions in April.

“I was so excited because we were getting ready to move,” Amy recalled. “It came out I think about a month before we were moving, and it was just perfect timing.”

Her new job as a nurse in Prince William County Schools required a new nursing license. So Amy read the instructions and gathered her paperwork to get reimbursed for those costs.

“My husband laughs because when I was submitting my packet, he's like, 'Why do you have so much stuff?’” Amy remembered. “I said, 'Because I'm being preemptive because I know based off of what they have written here that they are either going to say this or have these questions.’”

She wasn't wrong about the questions.

“They had no idea what it was,” she told us.

It isn't supposed to be this way. An Army document dated May 19 orders commanders to establish the process and appoint officers to handle this reimbursement policy. It also said there should be a communications strategy so everyone knows about it.

“You would hope that when you put a new policy out that people know what's going on, that they wouldn't just be trial by fire,” Amy lamented.

The Hudaks had been waiting for answers since June and finally, saw the money hit their account. It took three months.

We reached out to the Army for a response to what's been happening. They just released an update, which simplifies certain parts of the process. Bob Steinrauf with the Army deputy chief of staff’s office told us officials realized they had too many requirements for paperwork.

"As with any new policy roll out, there is often an initial period of familiarization for participants, approval authorities and processing staff,” spokesman LTC Emanuel L. Ortiz explained. “However, the Army has long championed spouse employment and will continue to promote the new benefit and improve the claims process.”

According to Steinrauf, so far 39 soldiers have applied for the spousal reimbursement. Of those, 16 have received payments or the vouchers are currently being processed. Twelve requests have been returned for more information and 11 requests were denied. The reason for most of those denials is the family was moved before the program went into effect in December 2017.

Officials think the numbers will start to pick up momentum as they publicize the program and make it a more routine part of the move military move process. Army leadership said they'll continue to improve the claims process and continually make soldiers and spouses aware of the program in several different ways at different levels.

At the same time, the Army is alerting personnel officers about the changes, so they’re aware of what’s been going on and how to help soldiers through this process.

Back at Amy's house, she's hoping people know for the spouses at bases across America, these policies aren't just pieces of paper or money in their bank accounts.

“The fact that they now recognize how hard it is to be a professional and maintain a professional license and they recognize every time we move, we have to go through this process, it's kind of a really nice validation,” she added.

The policy is scheduled to expire in 2022. Amy hopes Congress and the military will extend it, so more people can find out about it and give it a real chance to succeed.