Police departments struggle with updating use of force policies, while some officers push back

Some departments in DMV are ahead of others when it comes to reform. 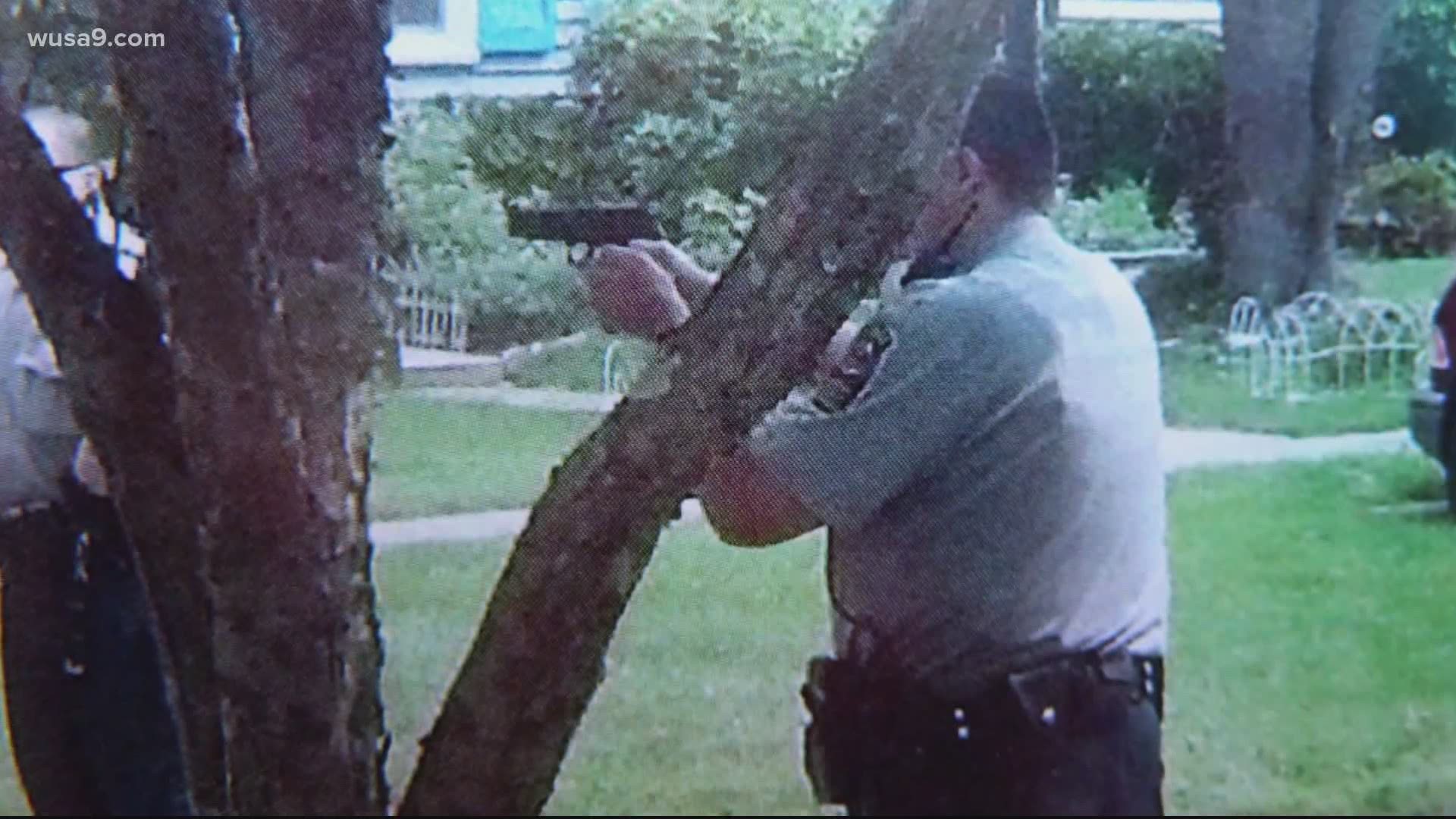 WASHINGTON — Calls for police reform have focused not just on how government funds law enforcement, but also how officers use force against citizens.

WUSA9 has discovered that while some area police departments are making changes to their use of force policies, others still have work to do.

A month after becoming chief, in August 2013, Fairfax County Police Officer Adam Torres shot and killed an unarmed man named John Geer as Geer stood in the doorway of his Springfield home.

“This was not easy for the Fairfax County Police Department, especially as a chief of police,” Roessler said at the time in an interview with WUSA9.

Roessler fired Torres, who later pleaded guilty to a manslaughter charge as part of a deal that sent him to prison for a year, and Fairfax County paid out $2.95 million to settle a lawsuit with Geer's family. 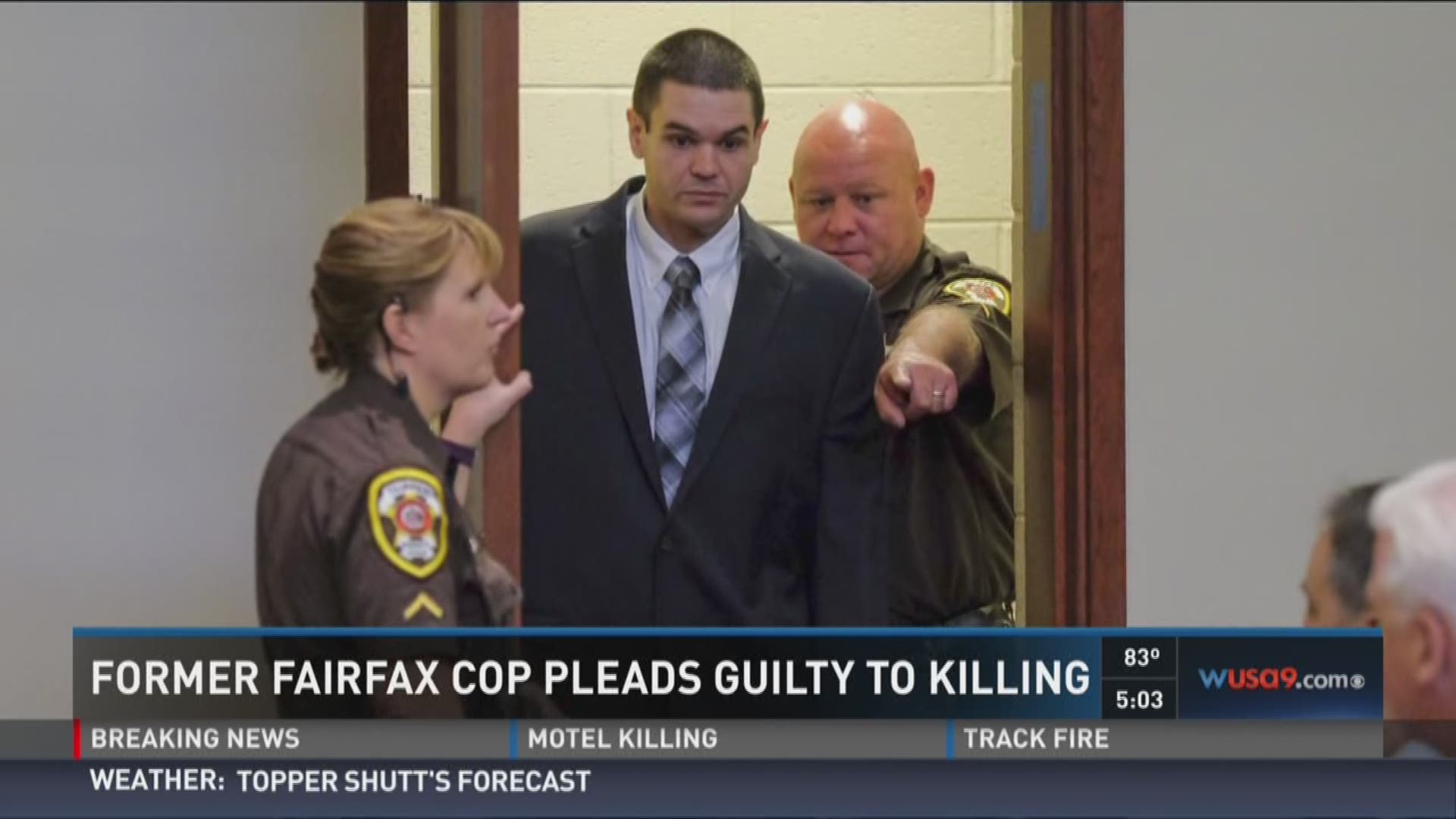 RELATED: Ex-cop gets 1 year in shooting death of John Geer

Meanwhile, the Fairfax County Police Department embarked on a comprehensive review of its use of force policy. The department hired a D.C. area think tank known as the Police Executive Research Forum to analyze a decade’s worth of use of force incidents. The county brought together community advocates, elected officials, independent researchers and members of the department to produce a revised 56-page use of force policy.

“The goal was to have plain language so that everyone can clearly understand what our use of force policy is,” Roessler said.

The changes included a clear-cut definition of what de-escalation is and how police officers are supposed to use it to avoid using force.

The department also added what’s known as a “duty to intervene” policy. That policy formally requires Fairfax County police to step in and stop a fellow officer from using excessive force.

That duty to intervene guideline was put to the test in Fairfax County in June. Officer Tyler Timberlake used a stun gun on an unarmed man, despite body cam video which showed the man appearing disoriented and confused.

A grand jury indicted Timberlake on three counts of assault and battery – despite Timberlake’s claims that he simply mistook the alleged victim for another person with a criminal history.

Roessler placed Timberlake on leave and is now in the process of deciding whether the other officers on the scene that day should have done more to stop Timberlake.

Roessler wouldn’t comment on the ongoing investigation, but says changes to the department's use of force policy have not been easy to implement. At times, Roessler said he faced flat-out opposition from his own officers.

“But we need to get above that,” Roessler said. “Because we know it's the right thing to do to preserve a human life. And it's what our communities and this country expect of us.”

That philosophy was put to the test just days after Roessler spoke with WUSA9.

On July 18, a man walked into a bible study Roessler was attending at a Chantilly church and allegedly stabbed the pastor and then a parish member who tried to intervene.

Roessler, who was off duty at the time, was able to subdue the man without using lethal force. Though a department spokesman, the chief declined comment on that incident, and is now going through the same administrative review any other officer would after a use of force incident.

The changes implemented by Fairfax County Police four years ago are the kind of reform demonstrators demanded this summer in the wake of more killings of unarmed people of color by police, including George Floyd and Breonna Taylor.

“The perception of policing is at an all-time low,” Roessler said, adding he thinks views toward police are probably the lowest “that it’s ever been in the history of modern American policing.”

Just last week, the Arlington County Police Department launched a review of “Police Policies and Practices” and has already added a “duty to intervene” clause into its guidelines.

“The department is dedicated to the principle that all individuals will be treated with dignity and respect,” wrote Arlington Police Department Public Information Officer Ashley Savage in an email to WUSA9. “The department is committed to remaining engaged and transparent with our community, while holding ourselves accountable to the highest professional standards.”

The Montgomery County Police Department also recently wrote a “duty to intervene” policy into its department rules. But Captain Jason Cokinos, the department's director of training and engagement, said there are times when police officers are placed in a no-win situation when people don’t follow orders.

“No use of force EVER looks good on video,” Cokinos wrote in an email to WUSA9. “Force is not a visually appealing thing and we as the police don't want to use it. We would rather a person comply with an officer's request. If the person does not agree with the officer, please don't resist, just comply for the safety of all. Then file a complaint, file a lawsuit in local court, call the media, file a federal lawsuit, call the DOJ, etc.”

WUSA9 reviewed the D.C. Metropolitan Police Department’s use of force policy and found references to “de-escalation techniques,” but no explanation for what those tactics should look like. MPD does instruct officers to intervene and report use of excessive force by fellow officers. 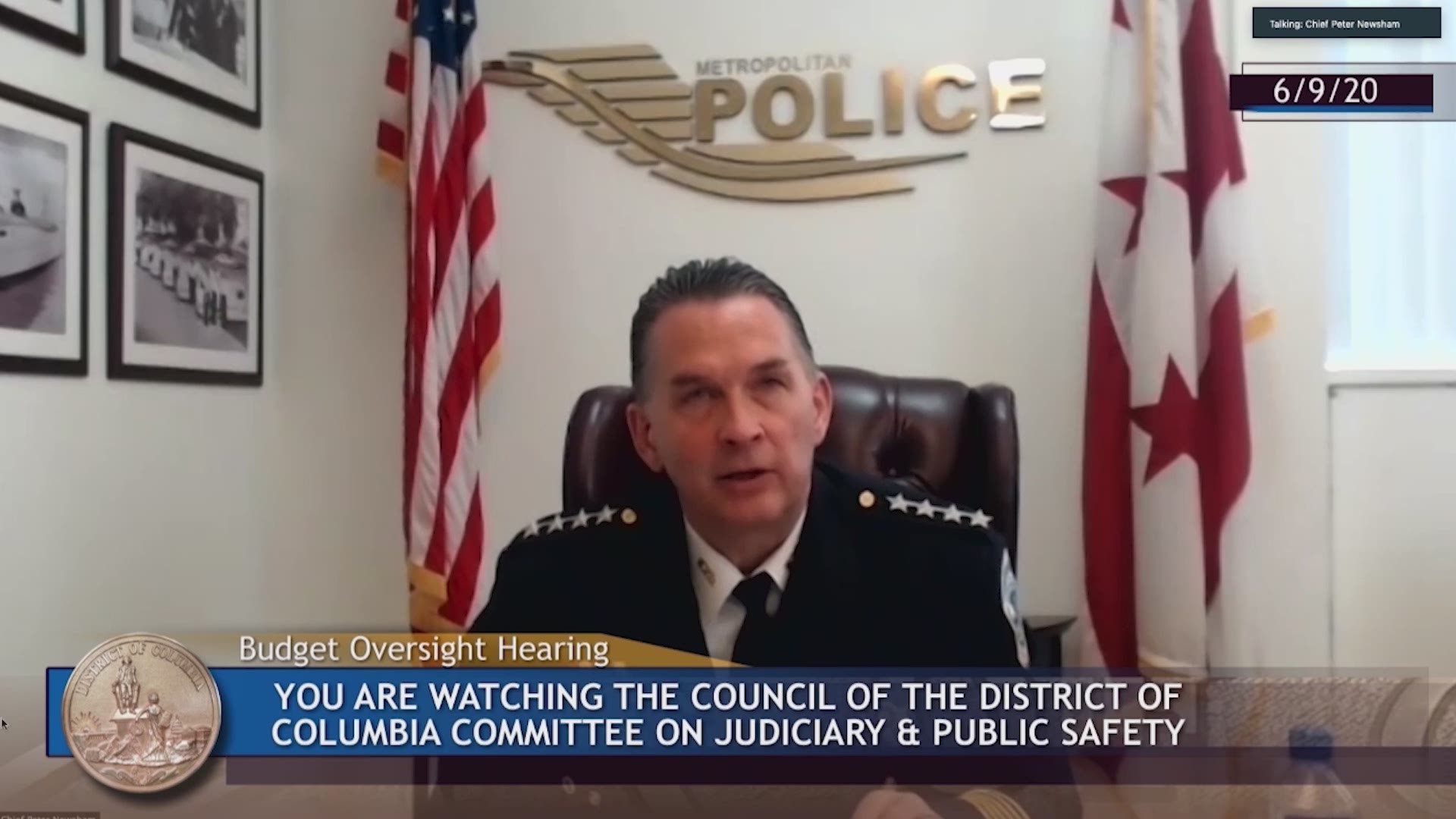 WUSA9 wanted to know if MPD is doing what other departments are right now, reviewing its use of force policies for improvements that could help build back public trust.

Chief Investigative Reporter Eric Flack requested an interview with Police Chief Peter Newsham or anyone else from MPD.

A DC Police spokesman wrote back that the department “declined to participate” in the report.

Right now, Fairfax County Police is undergoing a fresh review of use of force incidents – working with an independent researcher at the University of Texas San Antonio to uncover any instances of racial bias.

MPD has promised its own review of policing data relating to racial imbalances with stop and frisk. But Chief Newsham recently told the DC Council that work has been delayed due to the coronavirus pandemic.