Police arrested hundreds at DMV protests – now what happens to those charges? WUSA9 asks the prosecutors

Prosecutors have discretion in deciding which charges to move forward in the court system. WUSA9 asked attorneys how they’ll make these decisions. 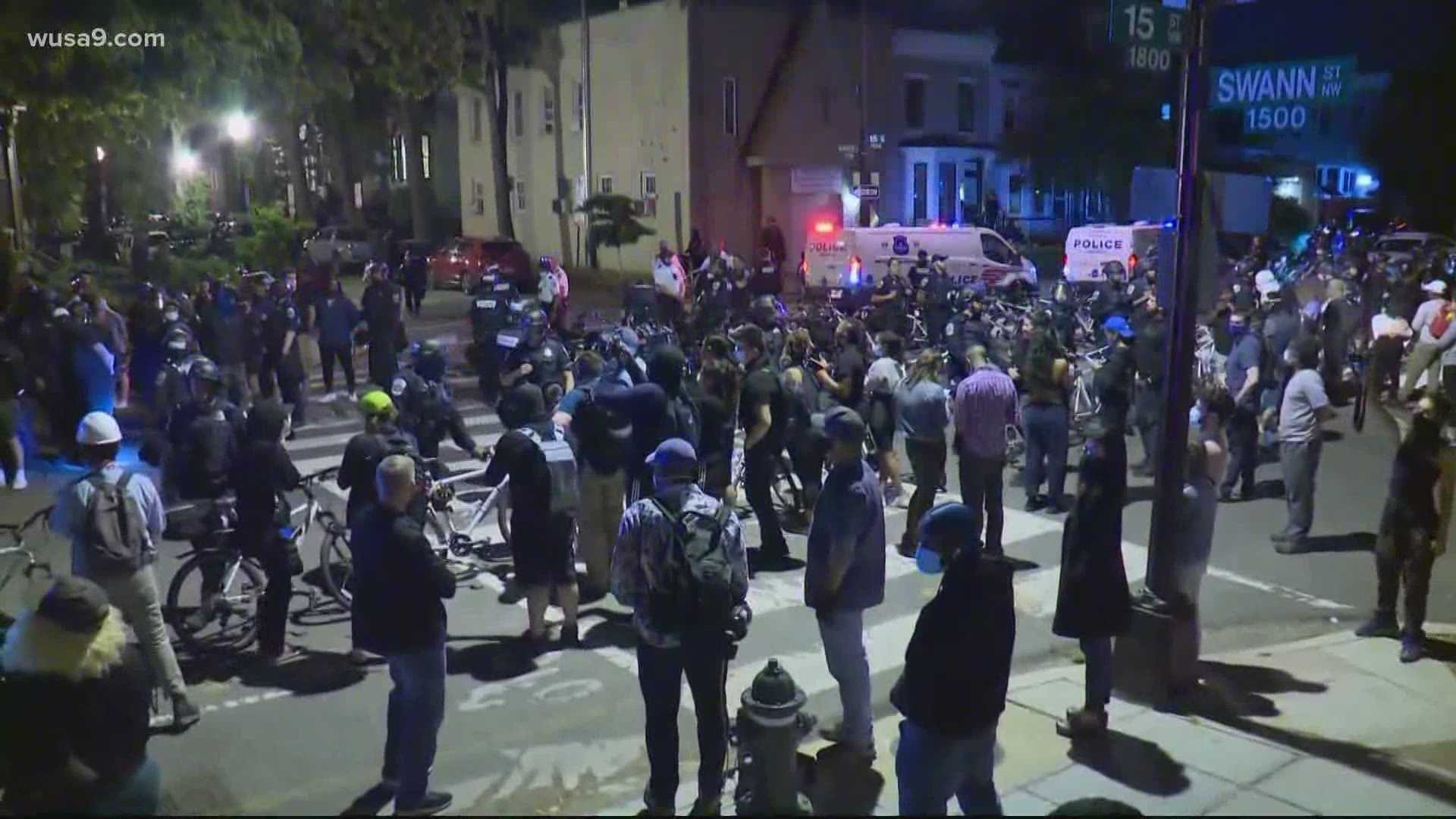 WASHINGTON — In just the District of Columbia alone, police arrested hundreds of people who took to the streets during the first few days of Justice for George Floyd protests.

We wanted to know: What happens now? How will prosecutors handle these cases?

The flashing blue lights of police cruisers disturbed the darkness of the streets of the District last week. Protesters were lined up with their hands restrained with zip ties as they awaited Metropolitan Police Department vans. Over a week of days and nights, thousands took to the streets, outraged over the death of George Floyd. D.C. officers arrested hundreds of them. MPD reports from May 30th through June 15th that they arrested or cited 431 people for crimes including curfew violations, felony rioting and riot-related burglary.

“What we have, I think, is a strong movement that says, 'Enough of devaluing the life of African Americans,'” D.C. Attorney General Karl Racine, who went down and participated in the protests, said.

WUSA9 learned 63% of the charges filed were curfew violations. Racine's office is in charge of prosecuting those cases.

“We're going to be very selective as to prosecuting curfew violations that don't involve assaultive conduct or destruction of property,” Racine said. “In those cases, you won't see a lot of criminal prosecutions.”

1 / 111
WUSA9
Protests in front of the Trump International Hotel in Washington.

We also asked the prosecutor in Virginia's Prince William County how she'll deal with cases stemming from protests there.

“You have a lot of discretion as a prosecutor,” Amy Ashworth, who is the Commonwealth's Attorney for Prince William, Manassas and Manassas Park, said. “You have the ability to do justice in each and every case, and so that's what my prosecutors are charged with doing. What is the right thing to do in each particular case?”

Prince William Police made arrests on May 30 after they said what started as a peaceful demonstration "became unruly." They placed charges including obstruction of justice, disorderly conduct and unlawful assembly.

Then, on June 5, Virginia State Police stopped a group of protesters on I-95 in the county. They filed 43 charges, ranging from unlawful assembly to obstruction of justice.

We wanted to know how Ashworth will move forward with a charge like unlawful assembly, when it is seemingly not violent or destructive.

“I can't ethically comment on any case that's specifically pending,” Ashworth said “You break out the Code of Virginia. You look at the elements of the offense and you look at the facts that you have evidence to support. Can you make those charges?”

So as demonstrations continue, DC's AG hopes the decision to be selective about prosecuting people who are only charged with curfew violations will help on the path to real change.

“I fundamentally believe that protesters should be met with respect and listening ears,” Racine added. “It’s only when people get out of hand that we should exercise more control, including arrests and I think it’s important for us to be careful so as to not incite more unrest.”

Many of these cases won't be heard in court until the fall, so we will wait and see what prosecutors and judges formally decide then.