Church members take pastor to court to get back what they say was taken from them. 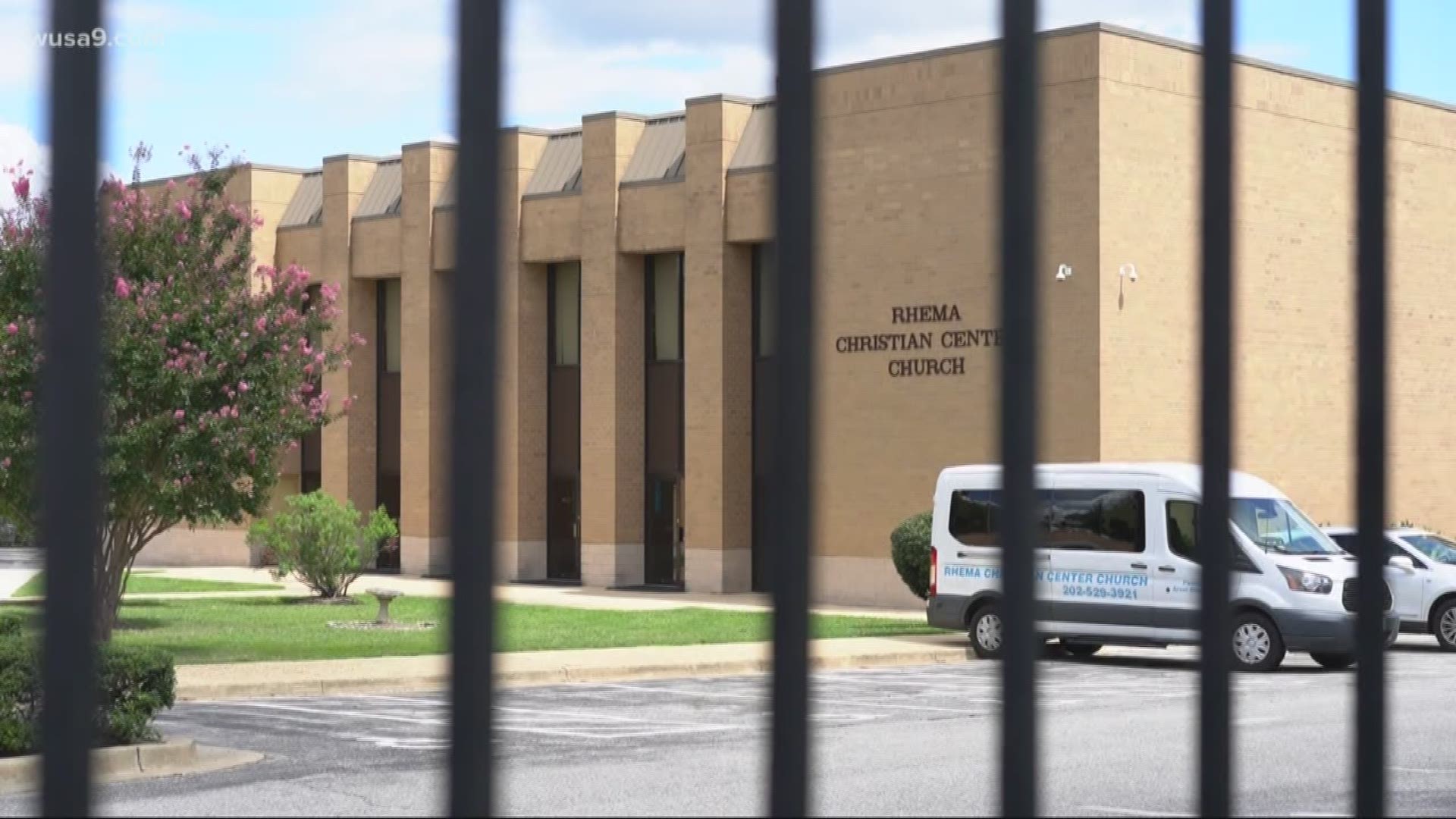 WASHINGTON — Even on a simmering Sunday morning, members of Rhema Christian Center Church in Northeast D.C. are still having services out doors like they have for the past five months.

"It's been challenging because of the elements," Jamielle McMorris said.

Their deacon, G. Vernon White, makes sure the set up is seamless and harmonious as it used be indoors.

And from the singing to the preaching, congregants have chosen the church's front lawn because, well, they don't have faith in what's happening on the inside, where just a a handful still worship in the sanctuary.

"When you're dealing with God's business, He doesn't deal lightly with His business, and neither should we," White said.

The deacon board chairman said members want to know where the church's money is going. They had many questions which are outlined in lawsuit.

"When you're dealing with millions of dollars, there is a concern," White said.

Derrick Givens said, "These people are bewildered." He is, too.

Givens grew up in the church that was founded by his grandfather, Clarence Givens in 1977 in the basement of his home. Derrick was baptized in the backyard pool at the age of 9.

"We had to get a larger building and, I mean, it was just growing like crazy," Givens said.

The church's collection baskets were also growing, with over 2,000 members, Rhema's assets rose to more than $20 million, according to Givens.

"If you came late on Sundays, you'd have to wait to be seated," he said.

After the passing of Givens' grandfather, the congregation cast votes for Givens' father, Arvel Givens, to take the lead. The pastor did, until he got too sick earlier this year. He died last month.

Arvel is named in the lawsuit by the church members, but they accuse his wife Brenda Givens, who is Derrick Givens' stepmother, of pulling the strings, and forging his signature on documents to transfer $5 million of church property to a living trust in his name. They also said she bypassed the rules and named herself as the pastor.

"She bullied the church because she thought that, 'I'm the wife of Arvel Givens the pastor, that I'm going to take over,'" Derrick Givens said.

"All churches, they are not monarchies. You cannot pass a church down," White said.

Credit: WUSA9
Derrick Givens was baptized in the backyard pool by his grandfather Clarence Givens.

The finance committee claimed in the lawsuit that over time Brenda Givens was no longer transparent about transactions involving church money.

When the members asked to see the books, they said she suspended the committee, banned some members from the church and hired armed security guards to keep them off the property.

Derrick Givens referred to court filings showing deeds in Brenda Givens' name going as far back as 2005. There was a home purchased for Brenda's daughter for more than $97,000, and investment properties for her son, Christian, after college for nearly $200,000.

A Takoma Park property the church purchased for women in need sold for nearly $1 million. Members said the profits from that sale are not accounted for.

On top of that, church members said they question payments to contractors, like a $100,000 to a board member to build a stage they claim should have cost $30,000.

Credit: WUSA9
Brenda Givens had nothing to say when we paid a visit to her home.

WUSA9 called Brenda Givens and even paid a visit to her home twice. She had nothing to say and wanted to talk to her attorney.

Her attorney told us that she had "no comment" either because of the litigation.

Court filings show Brenda Givens tried to get the case dismissed, saying, "The claims in the complaint are moot." And alleges that the property was transferred back to the church and all of the transfer fees were repaid.

The judge ruled the case should go forward.

Meanwhile, church disciples have not let the rain, heat or humidity dampen their spirits. They are strengthened by their faith and confident in the courts.

"I mean, it wouldn't be, at the present situation, in the court system if there wasn't any validity to any of this," Rhema Christian Center Church member Jamielle McMorris said.

"It's craziness. I'm saddened by it. I never thought it would get this way," Derrick Givens said,