‘I thought, I’m going to die’ | A mom describes her near-death experience in the delivery room

Tens of thousands of women almost die each year in the United States while giving birth. 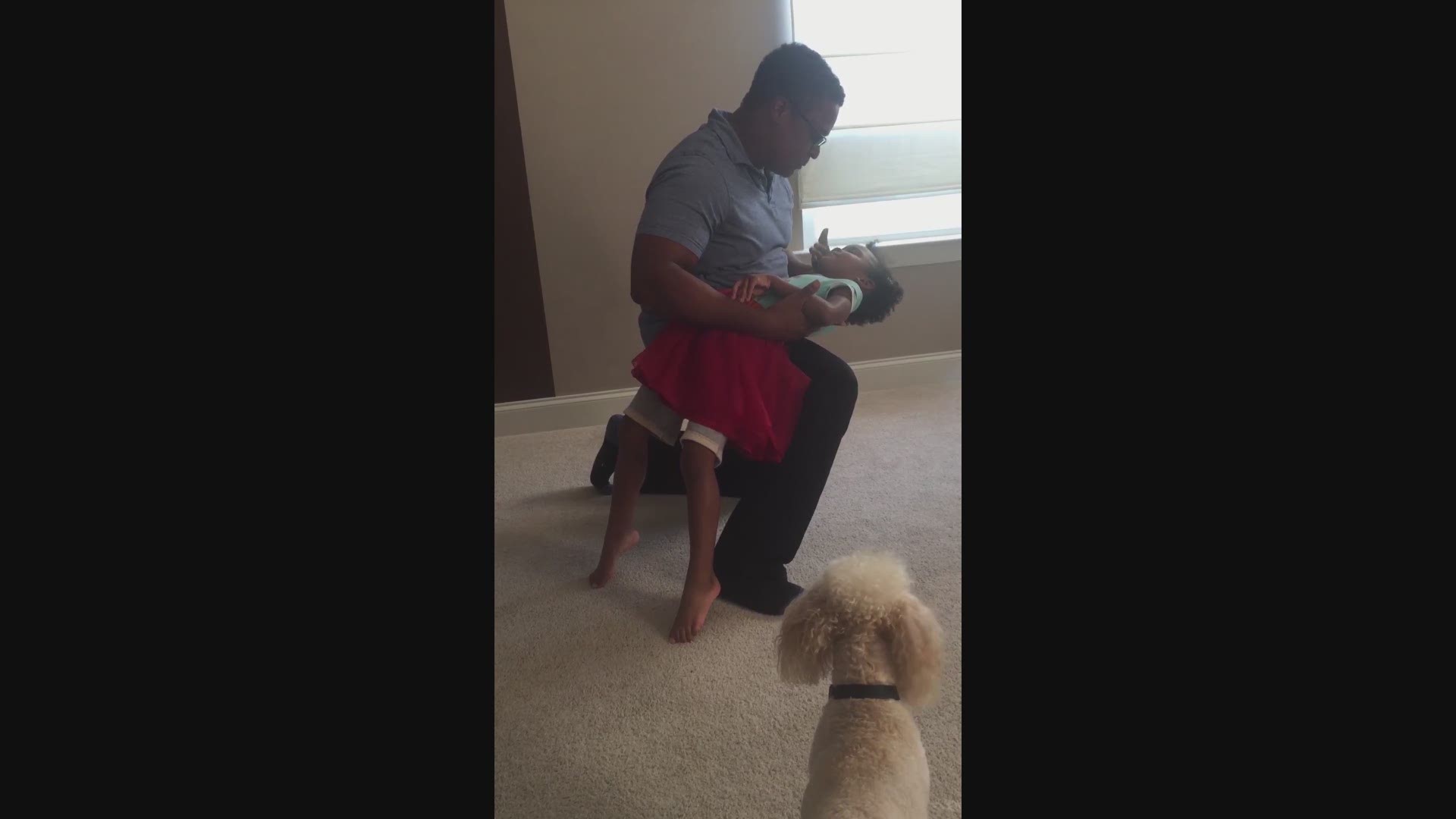 Ceceria Harris is one of the lucky ones. The 32-year-old mother of three gave birth earlier this year and during her cesarean section, she started to hemorrhage.

“I thought that was it,” she said. “I thought, ‘I’m going to die.’” Both Harris and her baby survived, but she came close to death in the process, losing four liters of blood.

On the day of her baby’s birth, the anesthesiologist told her they did not have to put her under general anesthesia for her cesarean section, so she could be awake to witness the birth. Harris elected to do a C-section because of a condition she had developed after her previous two cesarean sections that put her at higher risk.

During the surgery, things started to take a turn for the worse. The doctors told her they needed to remove her entire uterus as a result of her condition, and then she started to quickly lose blood.

“I thought maybe God had set it up like this so I would be able to see her [the baby]…maybe this is why they kept me awake, for this moment right here, so I could see her,” Harris said.

While Harris no longer can have children, she is grateful for each day.

“I am thankful I am here with the kids that are here with me, so it’s rough,” she said. “But I’m getting through it.”

Ceceria Harris and her first two children pose for a photo before the birth of her third child.

Every 10 minutes in the United States, a woman comes close to death during childbirth.

“It’s not just moms who are passing away, but moms like me who are coming close to it and being right there on the cusp and missing it barely,” Harris said.

She knows her third pregnancy was higher risk and said her doctors did what they had to do to save both her and the baby. But Harris believes her first C-section years ago could have been avoided – and it was the scar tissue from that surgery that caused her condition, known as placenta accreta.

“I think it could’ve been avoided if I didn't have that first cesarean,” Harris explained. She had a longer labor and her baby was not in distress but felt pressured by medical staff to go under the knife. “I don’t think I would be going through this.”

Ceceria Harris holds her newborn after hemmoraging during her childbirth.

Some medical experts who did not work on Harris’ case said it is unlikely a doctor would recommend a C-section without justifiable cause because after a long labor, it can be higher risk. But Harris said she believes part of the pressure came from doctors being impatient and part of it was the color of her skin.

“I think that’s the problem, like we’re seen as less than,” she said.

In the United States, black women are three to four times more likely to die from pregnancy related causes as white women, according to the Centers for Disease Control.

Black women are also more likely to have a near death experience during childbirth.

The CDC cites increases in maternal age, pre-pregnancy obesity, preexisting chronic medical conditions, and cesarean delivery as all possible contributing factors to increases near-death childbirth experiences for women of all races. According to the CDC, the overall rate of near misses in the U.S. for women during childbirth has gone up almost 200 percent between 1993 and 2014.

“If you are black and highly-educated, you still have a higher probability of pregnancy-related death than the least educated white woman," said Dr. William Callaghan, chief of the Maternal and Infant Health Branch at the Centers for Disease Control. "It is astonishing. The only difference is the color of one's skin."

While some advocates say it is racism causing black women to be at higher risk in the United States, some health professionals disagree.

“We have a huge African-American population of patients and I have no doubt in my mind that we give them the exact same care as anybody else,” Dr. Sujatha Reddy, an OB/GYN in the Atlanta area said. “When I brought up to my partners…it was almost like hurtful because we just don't feel that we practice medicine that way.”

RELATED: American moms are dying in childbirth. What you can do about it

Harris said several other experiences throughout her three childbirths left her with both physical and emotional scars.

“It’s rough for me physically, like I still have the scar. But mentally, it takes a toll. I think that’s the worst part of everything,” she said. “Especially reliving what happened and almost dying – that’s probably the worst.”

Ceceria Harris snuggles with her three children after almost dying during childbirth.

She hopes her daughters in the future will have better birthing experiences and will – one day – live in a less divided America.

“You just see us as a number, and whatever happens, happens to us,” she said. “And I think that needs to change.”