Three young lives were cut short in the blink of an eye. 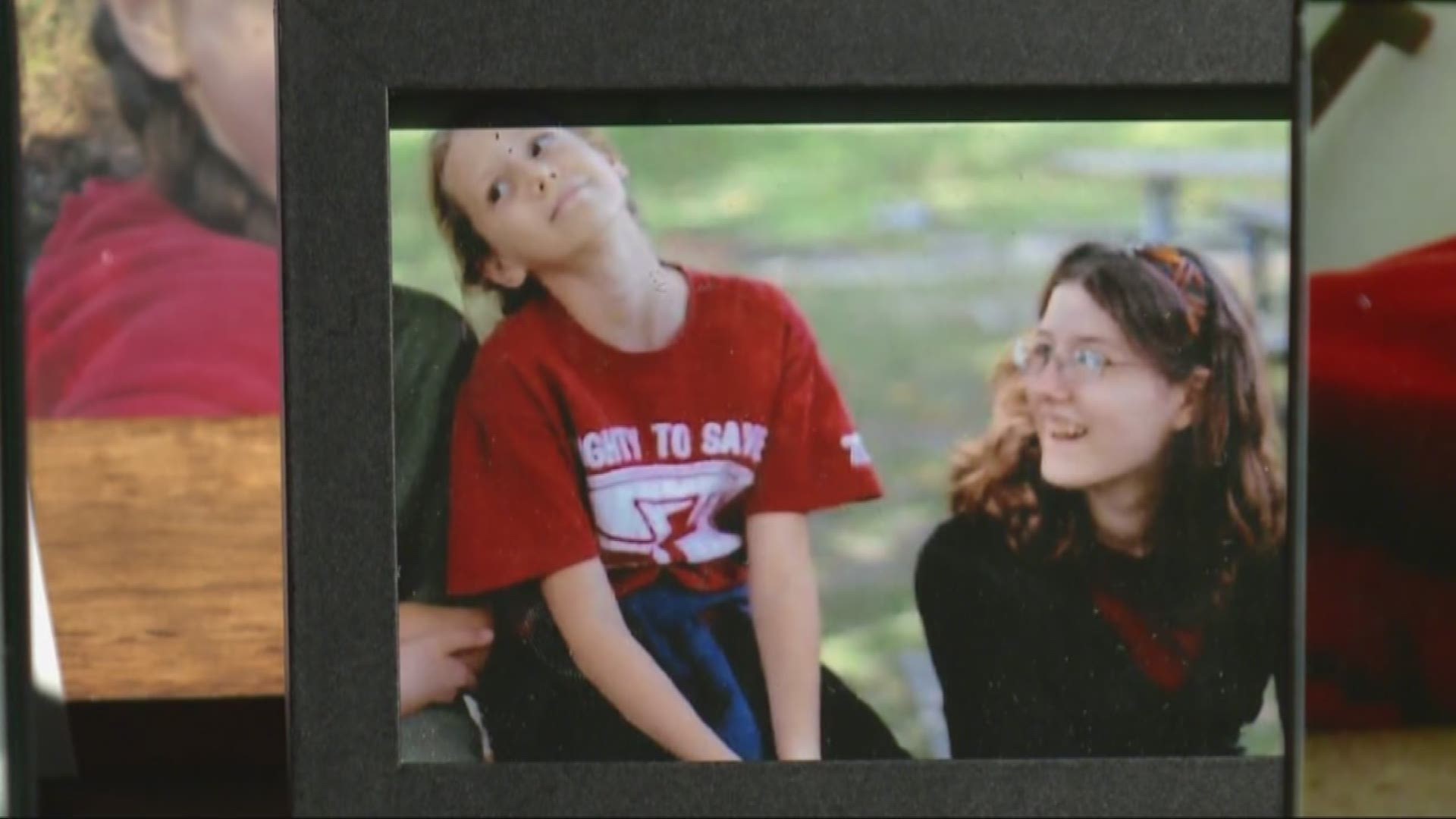 Three young lives were cut short in the blink of an eye. Afterwards, the two grieving mothers united on a mission, so other families may avoid experiencing the same pain.

The mothers' fight has focused on a debate about whether highway tractor trailers are missing critical safety equipment.

Currently, tractor trailers are required by law to have rear guards, a steel bar designed to prevent a car from sliding underneath a tractor trailer during a crash.

On May 4, 2013, an underride collision claimed the lives of AnnaLeah and Mary Karth. Today, mother Marianne Karth continues to tell the story of her two daughters.

"And I actually like talking about them. I like them to be remembered. I don't want them to be forgotten," Karth said.

AnnaLeah was the older of the two girls.

"Mary was the youngest. The baby of the family. She was like a ham. Always the life of the party. And could always get anybody to laugh."

"It was so unexpected, so traumatic, so unnecessary, and I don't want it to happen to anyone else."

It's tough to see how anyone could have survived the mangled remains of Karth's Crown Victoria. But Karth and her son, Caleb, did survive. They sat in the front seats where they were spared the brunt of the underride collision.

Meanwhile, sitting in the back seats, AnnaLeah and Mary could not escape the force of the impact.

1 / 11
Sisters AnnaLeah and Mary Karth were killed in a rear underride collision on a Georgia highway in 2013. AnnaLeah was 17 years old. Mary was 13 years old.

"I could tell it was too quiet, you know back there," Karth said. "And my son says Mary was calling for me and she was afraid and he held her hand."

AnnaLeah died at the scene of the crash. Mary died in the hospital a few days later.

Thirteen-year-old Mary was the star of the family from an early age, appearing in her siblings' award-winning short film. She was known in the family for her huge personality and having beautiful long braids.

Older sister AnnaLeah helped care for Mary since she was a baby. An aspiring writer, she was just days from her 18th birthday.

"[I] just said 'No, no. How can this be?'" Karth said of the moment she was told her daughters had passed away. "And I wish it had been me, instead of them. They had their whole lives ahead of them."

Accident investigators would later find although both girls had worn seat belts, they never had a chance. The rear guard on the tractor trailer gave way on impact during the accident.

"It just came off, and the back of the car went under and came into the space where AnnaLeah and Mary were in," Karth said. "So AnnaLeah died instantly. Mary was taken to the hospital but died a few days later."

The rear underride guard is an energy-absorbing bar that should stop cars from sliding underneath a tractor trailer.

Research has shown underride guards do help chances of survival during an accident, according to the Insurance Institute for Highway Safety (IIHS). The National Highway Traffic Safety Administration agreed, and has established rear guard requirements for all tractor trailers.

However, the measure is not enough when regulations are outdated by 20 years for the guards, explained IIHS. Crash tests show many of the guards on the road today don't stop fatal underride crashes even at well below highway speeds.

"Every guard we've tested is certified to meet the requirement. But many of them have failed when we test them at 35 miles per hour," said Matthew Brumbelow, IIHS Senior Research Engineer.

A SIDE UNDERRIDE CRASH

There was no side guard to stop or slow Roya Sadigh's underride accident. The 26 year old died on a snowy Indiana highway on November 24, 2004.

Sadigh was in a BMW that lost control and slid underneath the side of a tractor trailer. Her fiancé was the driver.

Currently, there are no laws requiring underride guards on the side of tractor trailers. So nothing stood in the way of what happened to Sadigh in the BMW.

Roya Sadigh, 26, died in 2004 as a passenger of a BMW that crashed on the side of a tractor trailer in Indiana. The trailer did not have side underride guards. Photo credit: Lois Durso.

"And the [trailer's] rear wheel trapped [the BMW] , and dragged it for a while, all the while it was crushing her," said Roya's mother Lois Durso.

Durso said her daughter was in the passenger seat and died instantly. She said the fiancé survived, because that side of the car was never pulled under the tractor trailer.

"It wasn't the crash that took her life," Durso said. "It was the underride."

Roya Sadigh, 26, died in 2004 as a passenger of a BMW that crashed on the side of a tractor trailer. The trailer did not have side underride guards. Sadigh's mother is trying to change that. (Edits/Photos: Elizabeth Jia, WUSA)

Now, all that's left for Durso is a mother's memories and a daughter's words. Durso kept a letter Roya sent her before the crash. She has read it often.

"Thank you for your sacrifice, integrity, and abundant love," Roya wrote her mother. "Thank you for being the best mom in the world."

Meanwhile, Karth has held tightly to a piece of Mary she thought was gone forever.

"Because of her injuries I guess, I never asked, the nurse cut off her braids and saved them for us," she said.

"My son and daughter-in-law washed them up and re-braided them," Karth said before choking up.

"And I'm so thankful because Mary had never had a hair cut in her life until then, and so I'm thankful to have this part of Mary."

MOTHERS ON A MISSION

After losing so much, Karth and Durso have found something else, each other.

"When somebody understands what you go through, it helps in a way it doesn't otherwise," Karth said. "We just really quickly got to know one another. And became like sisters."

The mothers met at a trucking conference in March and have been in constant contact ever since. They're working together to lobby Congress and the Department of Transportation for stricter trailer underride laws.

They're pushing for stronger rear guards that could have saved the Karth sisters. The mothers are also advocating for a new precedent: requiring side guards that might have spared Sadigh.

"I know that my daughter's death wasn't for nothing," Durso said. "And I know Marianne's children died for a purpose."

The lives of each daughter may "in some way carry forward," should the guard laws change and help save hundreds of lives, said Durso.

The IIHS states many large trucking companies have agreed to voluntarily strengthen rear underride guards on new trailers, but none have adopted side guards.

The day after WUSA9's story aired, the National Highway Traffic Administration/NHTSA issued the following statement, "NHTSA is deeply committed to the safety of the motoring public. The agency is actively pursuing the improvement of underride protection and published a regulatory proposal in late 2015 to upgrade requirements for rear impact guards. Through research, computer crash simulations, and analysis of public comments received on our proposal, NHTSA is evaluating federal safety standards to find ways to make these types of crashes more survivable. NHTSA has already initiated research with Texas Transportation Institute on side underride protection on trailers that will be completed at the end of 2017. As part of its continual commitment to improve safety and reduce fatalities, the agency is focused on advances in vehicle crash avoidance technologies to mitigate the severity of these crashes and to prevent them from occurring in the first place. One example of this is the historic agreement that NHTSA and IIHS reached with automakers to make automatic emergency braking (AEB) a standard feature on virtually all new light vehicles cars no later than NHTSA's 2022 reporting year, which begins Sept. 1, 2022. NHTSA will continue to consider innovative approaches to prevent crashes and expedite safety advances than could occur through the formal regulatory process.”

Responding to your social comments

Many of the viewers of this story did not fully understand the car crash that killed AnnaLeah and Mary. Here is a video to explain: 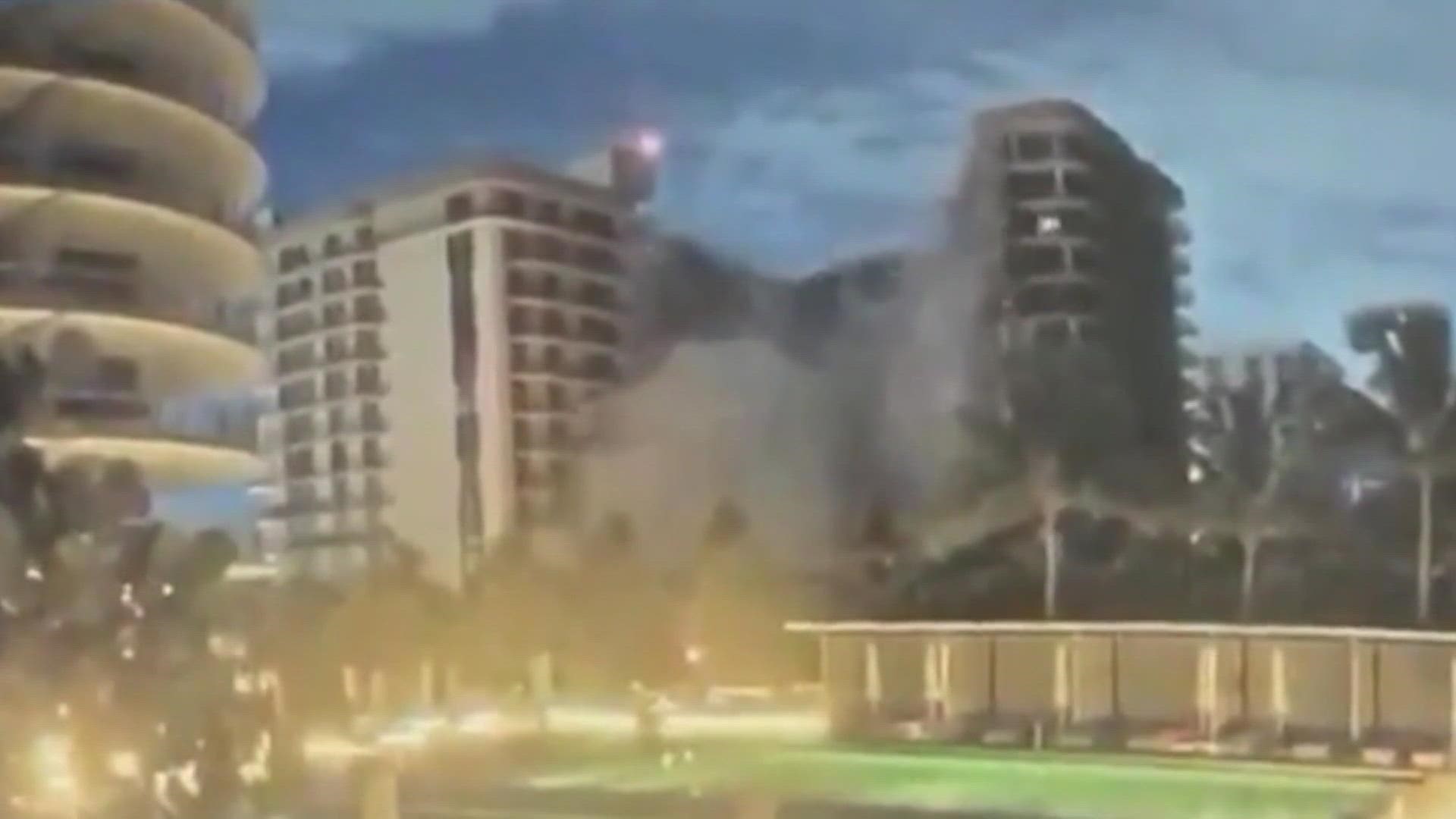