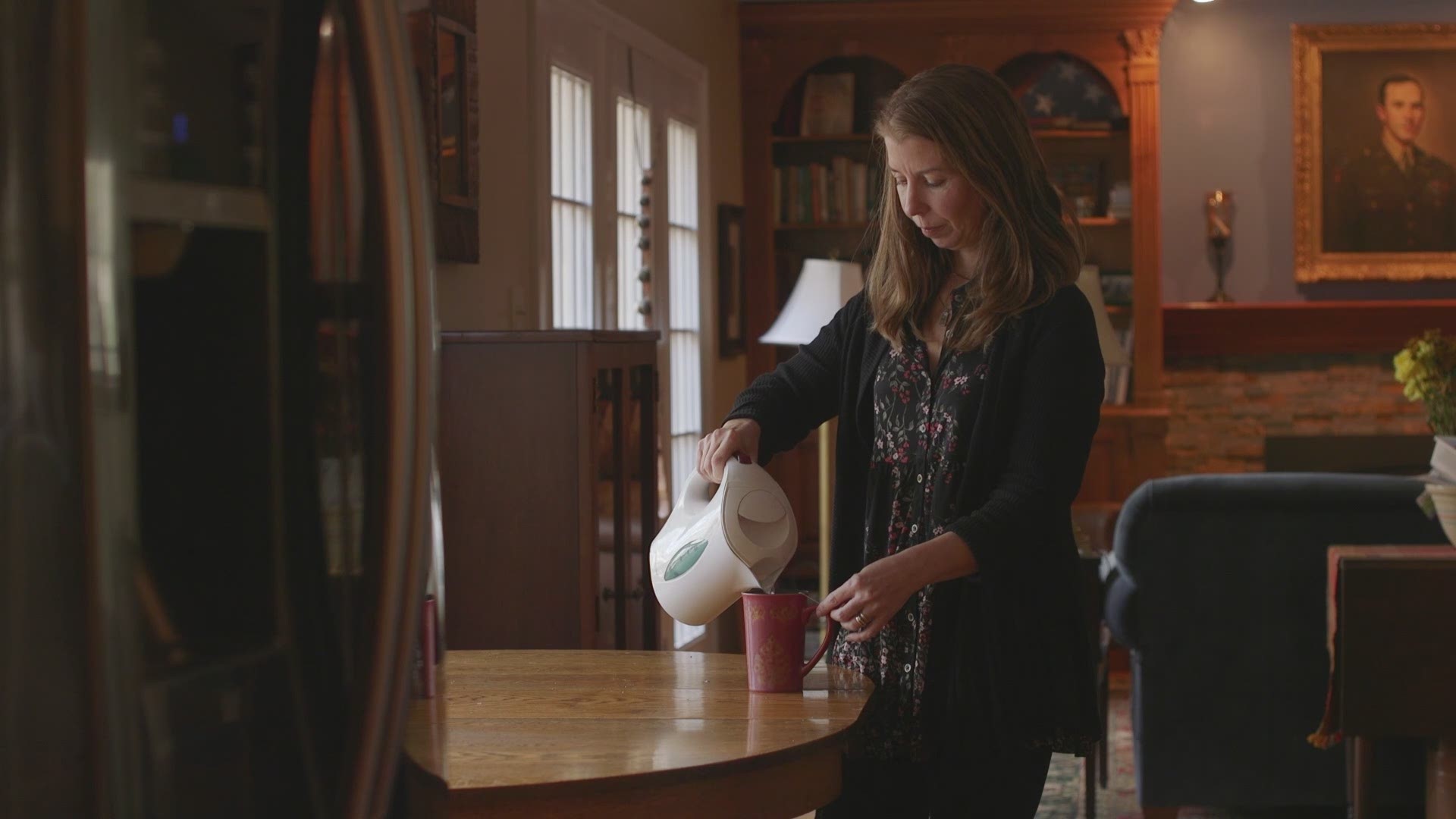 BURKE, Va. — Licensed therapist Elizabeth Brokamp settles in for a counseling session. Instead of the face-to-face meetings she’s done for 25 years, the pandemic forced her to practice online. She sees her clients on teletherapy websites.

Brokamp is based out of Burke and licensed in Virginia. Before the pandemic, people could drive from all over the D.C. Metro area and see Brokamp.

Now that the pandemic closed counseling offices, Brokamp cannot see new patients from D.C. or Maryland that could have simply driven to her office before. Certain state laws forbid licensed therapists from seeing new patients online across state lines.

The laws have always been on the books, as each state has its own coursework requirements for online certification. Because Brokamp had to turn away several prospective patients from D.C., she sued the District, demanding the right to see new clients virtually across state lines.

"If Elizabeth didn't have the sort of training and qualification that she does have, she could provide her services to people as an unlicensed life coach," Institute for Justice attorney Robert Johnson said.

The Institute for Justice teamed up with Brokamp on the lawsuit. It points out unlicensed life coaches aren’t regulated by the state and can see whoever they want online across state lines.

The workaround for licensed therapists like Brokamp would be to get licensed in multiple states. However, therapists tell WUSA9 the different training requirements from state to state means that's not practical or affordable. The American Counseling Association said that even with therapy demand increasing during the pandemic, therapists have to turn people away.

RELATED: The holidays can bring mental health challenges. Here's how to combat them

"The isolation, the loneliness, the fear, living in a situation that just seems unreal to many people," has led to an influx of new patients seeking counseling, Dr. Lynn Linde, senior director of the American Counseling Association, said.

D.C. officials didn’t comment on Brokamps’s lawsuit, as the District has attempted to dismiss it in court. The Department of Health said in a recent board hearing it will continue to allow existing patients to see their therapists online as long as the public health emergency declaration made by D.C. Mayor Muriel Bowser is in effect.

The Department only said it would “look into the matter” of entering an interstate compact allowing therapists to see new patients online across state lines. Virginia and Maryland have identical restrictions and exemptions.

"We're hopeful that there will be a number of states joining the compact this year. It takes ten to create a compact, I don't know that we'll get them because so many states are going to have truncated legislative sessions this year," Linde added.

RELATED: DMV police are called on tens of thousands of mental health runs a year. Most don't get any training on how to handle it

The National Center for Interstate Compacts says having at least ten states join a compact to start makes it most effective. The ACA said Virginia is one of its first target states for the teletherapy compact.

The nation's largest telehealth provider, Teledoc Health, Inc, filed a court motion in February in support of Brokamp's lawsuit against the District.

RELATED: Reports of anxiety and depression have tripled during the pandemic. Here's how therapists say you can help yourself and others.