Widow of man dissected in front of paying audience did not give consent, calling the event 'reprehensible'

The widow of David Saunders, who died from COVID-19 and was later dissected in front of an audience, thought her husband's body was donated for medical research. 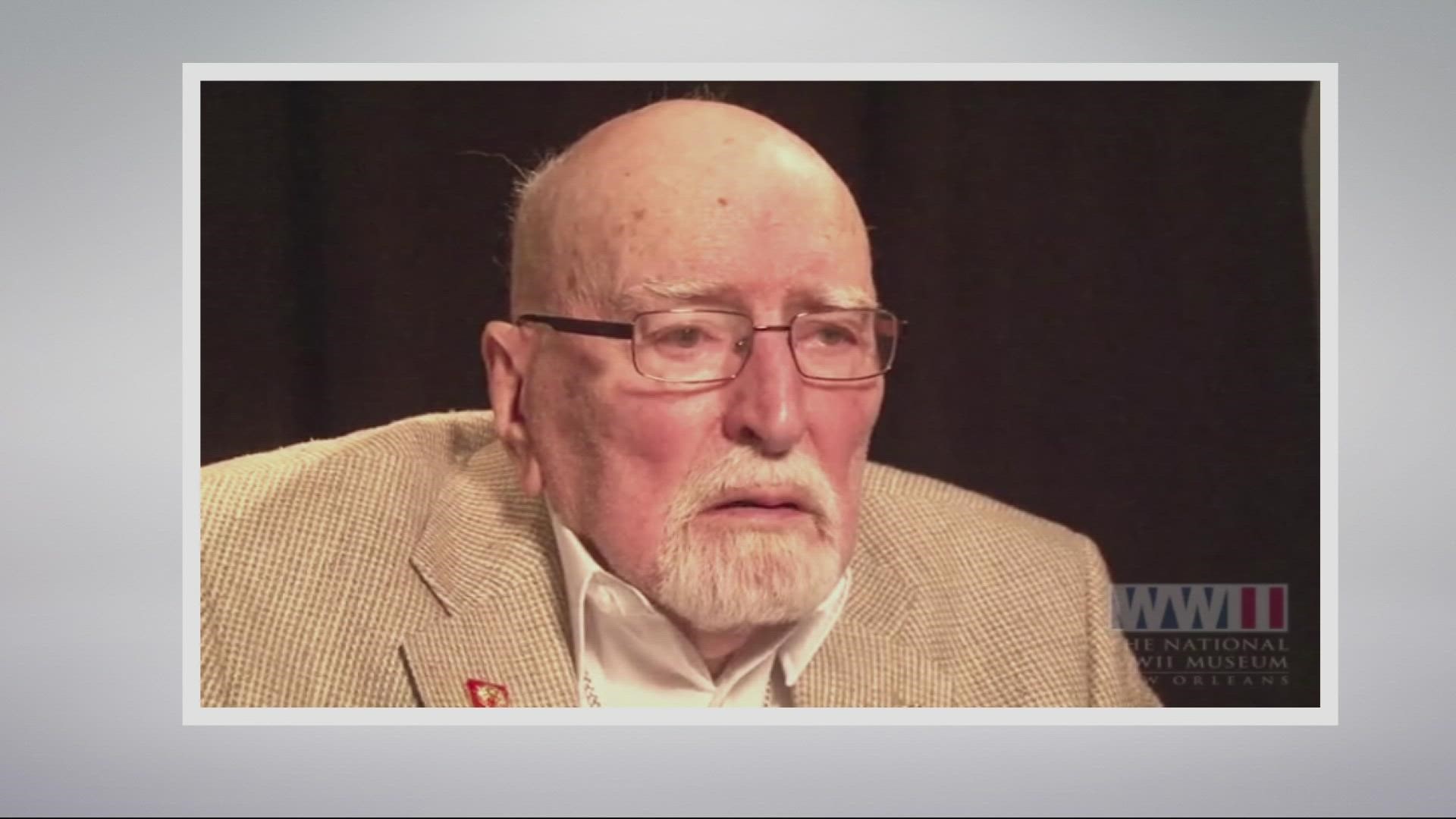 PORTLAND, Ore. — The widow of a man who died from COVID-19 and was later dissected in front of a paying audience had no idea that's what his body would be used for.

David Saunders, 98, died from COVID-19 back in August. His family learned of the autopsy event after a KING-TV/KGW Investigation exposed the cadaver class that took place in a conference room at the Portland Marriott Downtown Waterfront on Oct. 17.

Attendees at the event paid up to $500 to watch the live dissection that was part of the touring Oddities & Curiosities Expo.

In an interview with KGW, Elsie Saunders, 92, said she had no idea how her husband's body was used, calling the event "reprehensible."

"Using my husband’s body like he’s a performing bear or something. I really don’t know the correct way to describe it, but that’s what I feel like. He’s on display,” said Saunders.

The event also drew criticism from local health officials who felt it was disrespectful and unethical.

Saunders, a World War II and Korean War veteran and Hurricane Katrina survivor, lived near Baton Rouge, Louisiana at the time of his death.

When Saunders' family agreed to donate his body to a private company, they thought it would be used for medical research. Instead, it was put on display for paying customers in a hotel ballroom.

Mike Clark, a funeral director in Baton Rouge, prepared Saunders' body before it was handed off to Med Ed Labs, a Las Vegas company that promotes whole body donation for medical research and education.

Clark said he was unaware that Saunders’ remains would be used in such a way. He also said the funeral home has stopped working with Med Ed Labs.

In a previous interview, Jeremy Ciliberto, founder of Death Science — the company hosting the event — said Saunders knew how his body would be used.

“I can guarantee that he knew his body would be used for medical education,” said Ciliberto.

Obteen Nassiri, a manager at Med Ed Labs, said his firm was misled about how the body would be used when it was sold to Ciliberto.

“We did not know it was going to be used for a paying audience. We don’t do that. We’ve never done anything like that, ever,” said Nassiri.

David Saunders died from COVID-19, according to his death certificate, which means a potentially infectious body was dissected at an event where audience members were invited to closely examine, even touch, his remains.

"We do a swab test and we send it to our laboratory and they test the donor swab to let us know if there is coronavirus present or not. In this instance, it came back as negative,” said Nassiri. "There’s no coronavirus in the donor. If it was positive we would turn the donor down.”

KGW could not verify Nassiri's claim.