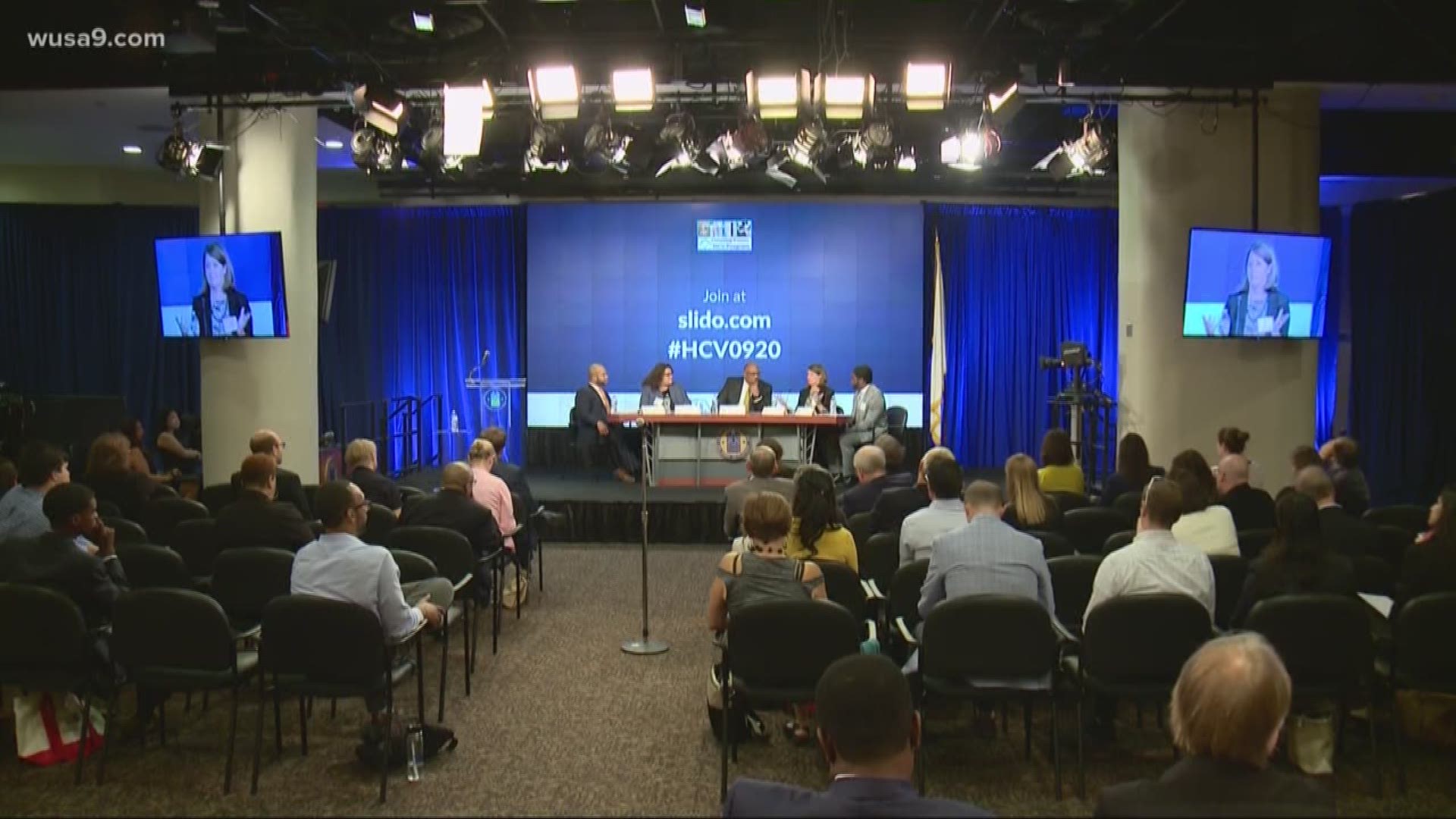 WASHINGTON-The U.S. Department of Housing and Urban Development wants more landlords to accept housing vouchers. For the first time, the agency is talking directly to the landlords themselves.

You might know housing vouchers as “Section 8.” They're rental subsidies that help lower-income Americans find a place to live. The problem: data shows landlords regularly slam the door.

Erica Leathers was one prospective renter on the other side, locked out of the future she’d earned.

This spring Leathers obtained a DC housing voucher. For the single mother of a ten-year-old daughter, finding a new home should have been exciting. It was exhausting.

"Cause you have a voucher, they just look at you like low, beneath them,” she said. “It feels horrible.”

Landlords throughout D.C. told her they wouldn't accept her voucher.

“In theory voucher holders can move anywhere throughout the country but we know their choices are actually constrained,” said Mary Cunningham, the Vice President of Metropolitan Housing and Communities Policy for the Urban Institute.

She pointed out the low denial rates in metro-D.C. are likely due to two factors: rental rates vary by neighborhood in DC and both areas have laws banning discrimination based on vouchers.

That’s not the case in most places across the country, where landlords decide whether to take vouchers.

“Despite this influence, we don’t know a lot about landlord behavior and landlord perceptions,” she said.

Now, HUD wants to change that.

The agency is launching a nationwide task force to speak directly with landlords. Over the next several weeks, federal officials will collect anecdotal data from landlords they’re seeking to bring or keep in the housing voucher program.

HUD Secretary Ben Carson is already considering rolling back regulations to open up the market. “I think if we relax a lot of those regulations at the local level, it’s going to make a huge difference,” he said. “Some of the inspection regulations that are not necessary in places that are well kept.”

Secretary Carson called the lack of affordable housing across the country a crisis. The agency said the rental market is tightening, pushing up rents, and squeezing consumers.

A lead analyst for HUD said nationally rental vacancy rates hovered around 6.8 percent in the second quarter of 2018, down from 7.3 percent a year ago. Meanwhile, apartment rents have risen almost five percent.

The experience varies from agency to agency. Sometimes PHAs are great, he said. Other times, their processes are overly time consuming, which contributes to landlord reluctance to work with them at all.

He said in some cases PHAs finish necessary inspections in 72 hours and have invested in technology to make the process smooth. Others are still using paper and messenger services to get work done.

Next week, HUD will begin speaking with landlords in Atlanta, Dallas and Fort Worth, Philadelphia, Los Angeles, Salem, OR, and Salt Lake City. The agency will wrap up their listening sessions October 18th.