In DC, landlords can collect rents of more than $2,600 for a one-bedroom apartment in neighborhoods like Georgetown. 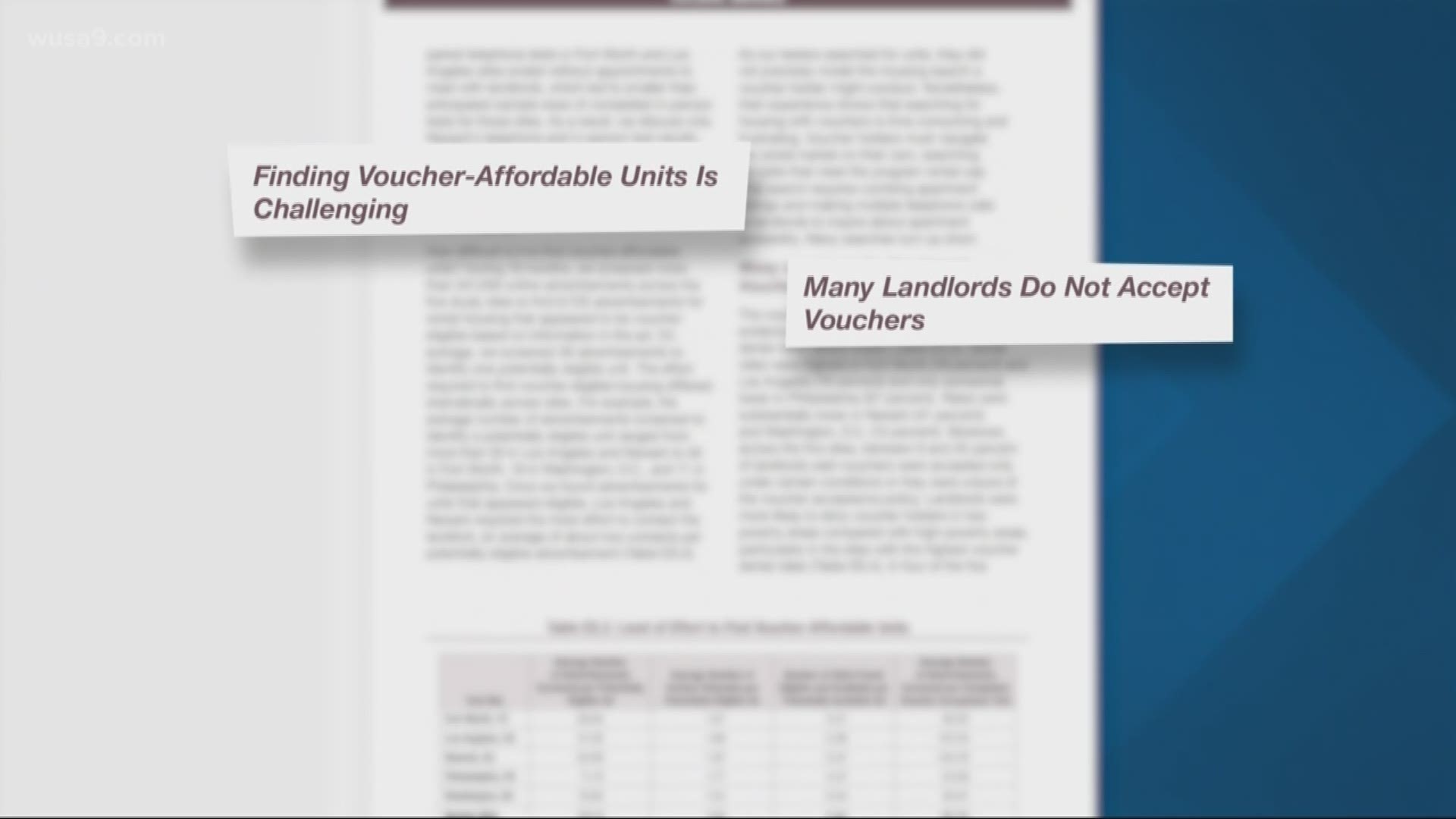 It covers rent anywhere a voucher holder can find a place to live -that's where the name "choice" comes in.

In DC, landlords can collect rents of more than $2,600 for a one-bedroom apartment in neighborhoods like Georgetown.

But even the people who lead the program say sometimes, there’s no choice at all.

“You know, I knew it was happening, but I didn't realize to that extent,” said Dr. Ben Carson, Secretary of the US Department of Housing and Urban Development (HUD).

“My first reaction was we have to do something about this,” Carson said.

HUD is grappling with results of a first-of-its kind study showing landlords often say no to renters with a housing voucher, creating an obstacle that’s entirely avoidable.

The agency sponsored the report conducted by the Urban Institute in which researchers collected data from areas around Los Angeles, Fort Worth, Philadelphia, Newark, and metro-D.C.

When a landlord or agent says or advertises they don’t take vouchers, they risk losing their license or paying damages. In Montgomery County, anyone caught ignoring the anti-discrimination law could face a fine of up to $50,000, to Montgomery County’s Office of Human Rights.

Despite the safeguards, one woman told WUSA9 she found the search for a home in the District onerous and in some moments, embarrassing.

She said after her marriage dissolved, she tumbled through a year-long search for a home. Several landlords told her to look elsewhere. One told her the inspection and certification process was too slow. Others asked her to prove an income so high she wouldn’t need a voucher.

“It made me feel like I was not worthy enough to have a place to live,” she said. “I was frightened. I was ashamed.”

“My mother did accept food stamps from time to time,” he said. “And I must say I wasn't very happy about it. I was embarrassed.” Carson added as he grew older, he shed any shame that came with assistance.

Carson says the biggest hurdle in opening doors is changing the hearts and minds of people holding the keys.

A study from Johns Hopkins University showed some landlords won’t take vouchers because they don’t want to deal with bureaucracy or worry about “tenant quality.”

how to encourage them to accept vouchers.

Carson added changes could include relaxing some regulations, such as home inspections, to make it easier and faster for landlords to utilize vouchers.

“My purpose is to create the right kind of environment for people, so they can flourish in our country,” he said. “I am thinking about the really big picture here.”