While Maryland has some of the most strict laws for exotic animal possession in the country, zebras fall into a legal loophole. 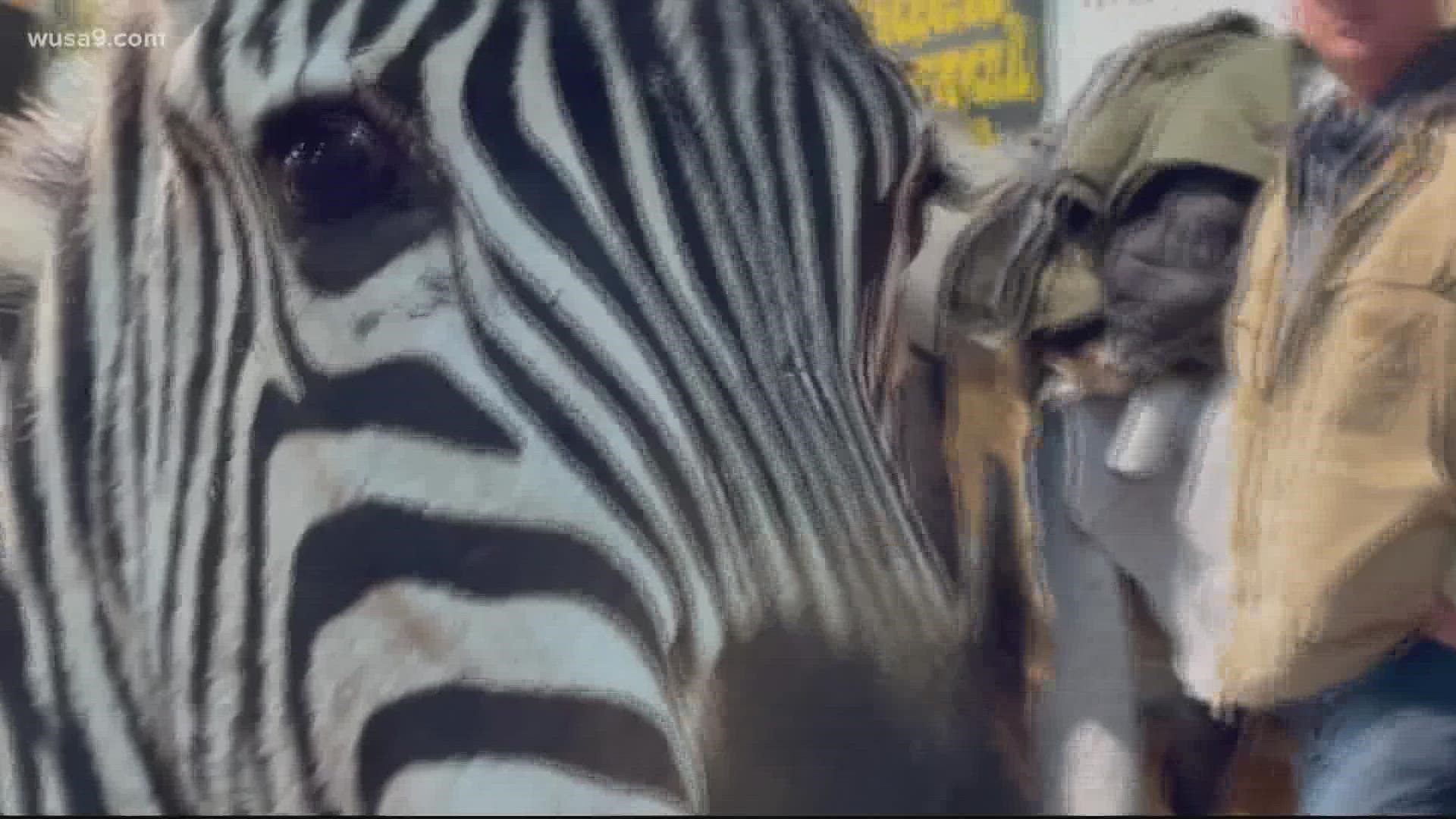 THURMONT, Md. — Eyler Stables Horse and Livestock Auction in Thurmont, Maryland is usually in the business of selling cattle or horses. But next Friday, one young zebra will be auctioned off according to the auction house’s owner, Josh Wolfe, who did not want to go on camera.

Last week, in Tennessee, WUSA9 witnessed zebras auctioned off for up to $7,000. That difference shows the potential profit in the zebra trade.

How are zebras allowed to be sold at auction in the first place? The trade is not closely regulated, and there appears to be a loophole in the laws and regulations that are on the books.

For example, there is no federal law prohibiting zebra ownership in the United States. While Maryland law forbids the sale and possession of exotic animals, there is no mention of zebras. Meanwhile, auction houses and farms are classifying zebras as equines, selling them the same as horses, versus exotics.

Zebras are exotic animals that cannot be domesticated, according to the Library of Congress which adds "zebras are unpredictable and known to attack people."

Eyler Livestock owner Josh Wolfe told us on the phone, “I think that people should be able to buy zebras as long as they go to a good home.” Adding his auctions sell zebra at “maximum dollars for maximum quality homes,” and that he preferred to sell them to “animal rescues.”

According to the Eyler Auction House’s Facebook page and its owner, the zebra for auction next Friday is a 6-month-old filly.

According to the auctioneer in Tennessee, zebras are sold in pairs because they typically have a mate, whether it be a mother and child, or adult zebra and a friendly donkey. Bidders are under no obligation to keep pairs together.

We witnessed multiple times zebra pairs were separated in Tennessee. The auctioneer warned that could result in separated zebras physically harming themselves and even dying in transport.

The 6-month-old filly awaiting sale in Maryland will be sold away from its mother, according to its current owner at Carpenter Stables near Harrisonburg, Virginia. Next week, the filly faces an unknown future, with plans for it to be sold to new owners paying top dollar.

The zebra filly’s current owner says there is no connection to Jerry Holly, who is currently facing multiple Maryland charges of animal cruelty in relation to his escaped zebra herd in Prince George’s County.