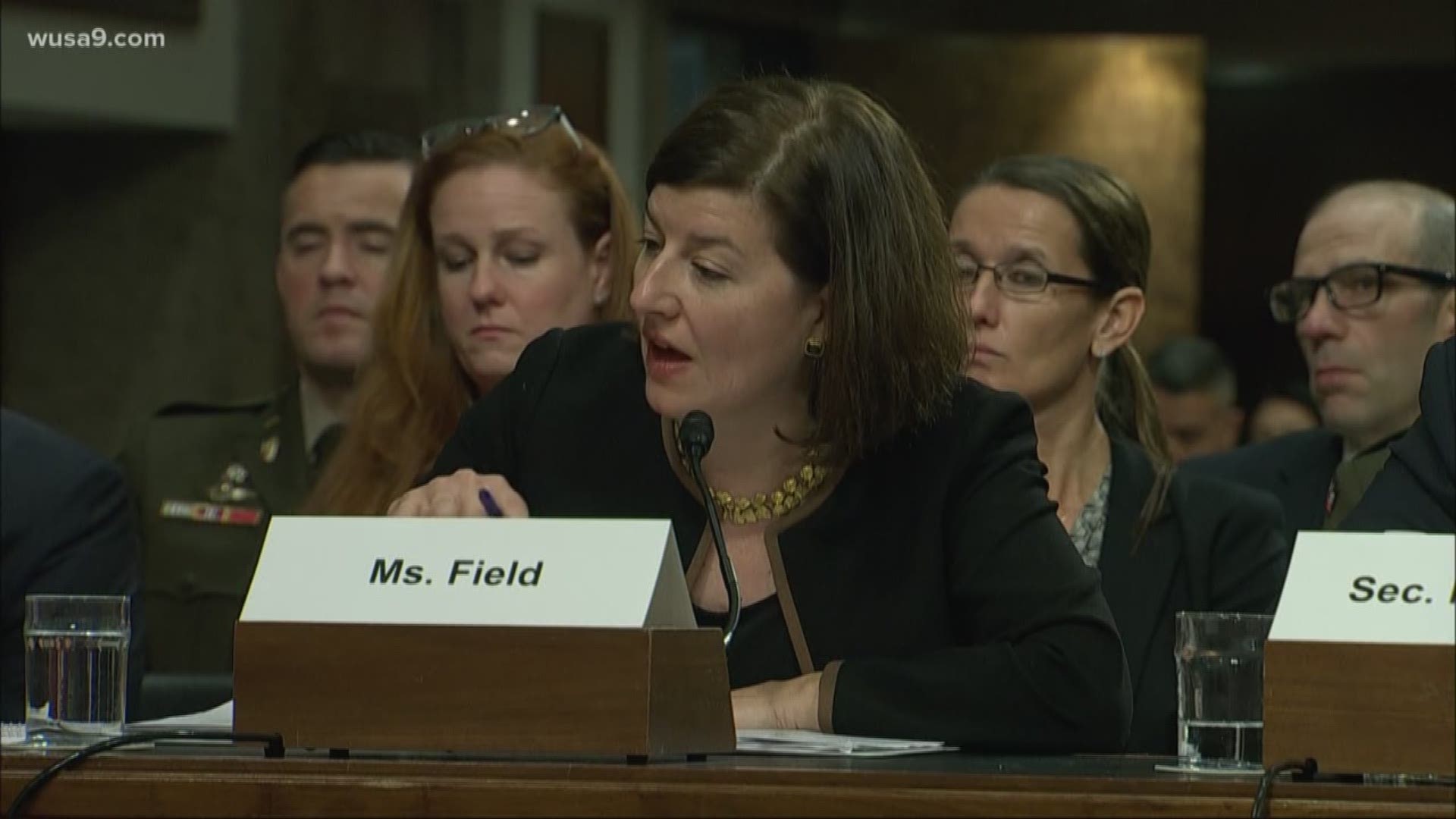 WASHINGTON — Tuesday, senators questioned military leaders about the dangerous conditions in base housing. The Senate Armed Services Committee got its first look at a watchdog report on how the Department of Defense oversees the houses where service-members live.

Outraged military families traveled from across the country to sit in this committee hearing. They hoped senators would be on the same page as them when it comes to the dangerous conditions of military housing.

"No family, I don't care if it's one more soldier and their child, no one should ever have to go through this again," Darlena Brown of the Military Housing Advocacy Network said.

As the members of the Armed Services Committee grilled leaders of each service branch, outrage seemed to be the common thread.

"As someone who served myself, this pisses me off," Sen. Martha McSally, exclaimed. "Maybe some of the CEOs need to move into military housing over the holidays. What do you guys think about that? And see how they feel."

The Government Accountability Office released its preliminary report on "DOD’s Oversight of the Condition of Privatized Military Housing." The Department of Defense has touted an 87% resident satisfaction rate, but the report indicates those numbers are likely lower. It says some data "are unreliable and may be misleading."

"The answer to the question of 'would you recommend this community to others' tells us exactly nothing about housing, so I definitely feel misled by this 87% number," Virginia Sen. Tim Kaine reacted.

With the report focusing on DOD’s oversight, Sen. Tammy Duckworth wondered about accountability.

"I don't understand why not a single garrison commander to my knowledge has been fired over a failure to maintain these standards," she questioned.

"In 2013, the Army issued clear instruction to installation commanders and garrison commanders not to perform inspections of homes for the life, health and safety of those service-members," Elizabeth Field, Director of Defense Capabilities And Management at G.A.O replied. "That has since been reversed, but I can see how commanders during that time period would have been confused about what they were and were not supposed to do."

While hindsight is 20/20, some questioned the decision made back in the 1990s.

"Senator, I think it was absolutely the right decision at the time to go in this direction and as Sec. McCarthy said, we would not have been able to recapitalize these homes at the time," Acting Navy Secretary Thomas Modly responded. "That does not mean it's worked out great."

"My question to you all is when is enough, enough," he questioned. "When do we finally look at these contracts and it's consistent with what Sen. Inhofe opened up with and say, 'you know it's time just to recognize that you're in breach of contract; we got to go a different way.'"

Army Sec. Ryan McCarthy said they might be there right now.

“In certain cases, we may be there, in other cases I think there is a pretty heavy responsibility on the Navy and Navy leadership in terms of not paying attention to it,” Modly countered.

"Enough is enough," U.S. Air Force Secretary Barbara Barrett added. "We have had enough on some of the properties they have worn out the patience of the Air Force."

Senators also wanted to know how Congress' inability to pass a new budget is affecting solutions to these problems. Military leaders explained that it is holding up funding of projects that could help fix these issues.

RELATED: 'There's no reason why we should be here' | Congress, DoD and the military branches had warnings and proof of problems in base housing

Thursday, the House will discuss this issue -- This time executives from the private companies that run military housing will be in the spotlight.