DCRA investigator speaks out about fatal Kennedy Street fire: 'People died in that place. It didn't have to happen'

Former investigator says systemic failures in the DCRA agency contributed to their deaths. 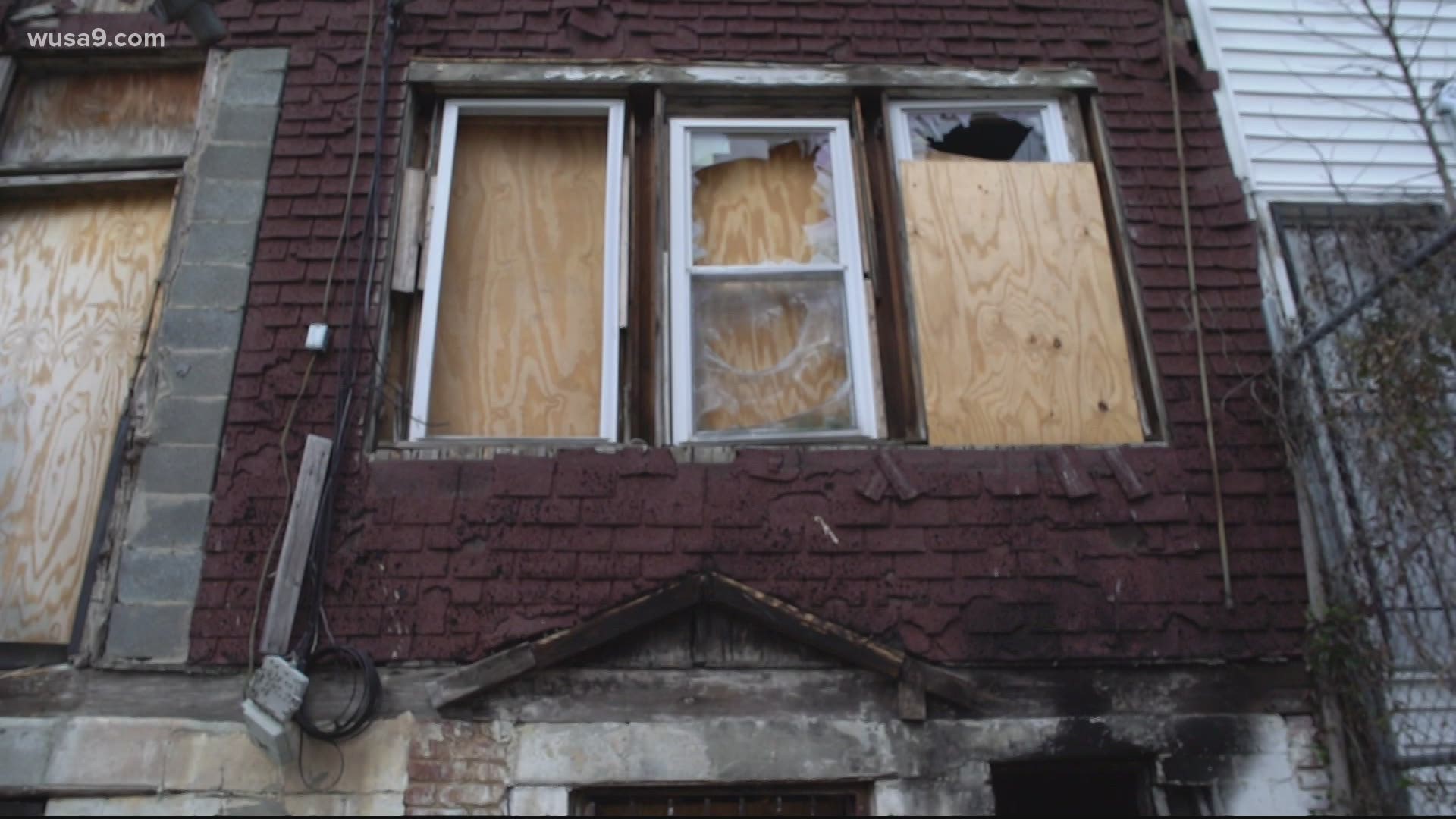 WASHINGTON — Steve Allen chokes up as he talks about the tragic loss of life on Kennedy Street: "Those people didn't have to die."

He says 9-year-old Yafet Solomon and 40-year-old Fitsum Kebede didn't have a chance to escape when the row house they were living in went up in flames on Aug. 18, 2019.

"It's rough 'cause it didn't have to happen," Allen, an investigator with the D.C. Department of Consumer and Regulatory Affairs, said.

The Ethiopian immigrants lived in desperate and dangerous conditions in the basement of the unlicensed rooming house at 708 Kennedy Street Northwest.

A DCRA inspection report after the fire says the former pharmacy was turned into a maze of 15 crowded rooms. They were separated by plywood, metal doors and iron gates. There was jerry-rigged wiring and extension cords snaked from room to room.

There were no smoke detectors.

According to a tenant who managed to escape the fire, at one time, 12 people rented rooms in the boarding house. On the day of the fire, eight people were living there.

When the flames erupted, Yafet and Fitsum were trapped inside, according to an independent audit.

Allen said that he was not trained to look at the building and recognize any housing code violations.

According to the audit, Allen and another DCRA employee were placed on administrative leave following the deadly fire.

Allen said he was the only person let go. He was terminated six months later for "neglect of duty."

The former DCRA investigator said a housing code inspector, trained to identify the violations, should have been dispatched to the dangerous home.

As an investigator, he said, he was simply checking on whether the owner had the correct permit for a rooming house.

The DCRA inspection report said that the building owner confirmed that he did not have a basic business license (BBL) for rental apartments.

And when asked if the paperwork he received was flagged as urgent, Allen said, "No! It was strictly unlicensed activity, to go out and check it out because the apartment owner could be operating out of the scope of the zoning."

According to the auditor's report, a D.C. police officer spotted the dangerous conditions inside the home and emailed DCRA on March 22, 2019, "emphasizing" that the agency should send an inspector.

The findings indicate it was only after that fourth email that DCRA assigned Allen, not a housing code inspector.

The audit, obtained by WUSA9, confirms Allen visited the row house three times, but couldn't get anyone to open the door. The document shows DCRA marked the case as suspended.

Allen said his supervisor moved him on to other assignments.

WUSA9's Delia Goncalves asked Allen, "For people who say you should have done more, more than just leaving your card and walking away. How do you respond?"

"Well, what do they mean more?, said Allen, "Okay, I did this three times. I'm not housing."

I reached out to DCRA for an on-camera interview. I received a statement instead that said, "The District government does not comment on matters pertaining to personnel or litigation."

Again, DCRA declined to speak to us or answer any questions about the case.

We reached out to DC Council Chairman Phil Mendelson. He chairs the committee which oversees the DC Department of Consumer and Regulatory Affairs.

He had no comment on Investigator Steve Allen's allegations. But, he did tell WUSA that he will reintroduce legislation this fall to break up DCRA.