Teachers are leaving the classrooms in D.C. at an alarming rate. One father expresses the negative impact that has on the community.
Author: Marcella Robertson, Marcel Warfield
Published: 6:44 PM EDT September 25, 2019
Updated: 11:15 PM EDT September 26, 2019

WASHINGTON — With D.C.’s alarming teacher turnover rate, classroom relationships are extremely important, but not just between the students and the teacher, but also the parents.

Boyd Jackson has a daughter in fifth grade and he knows without school there aren’t many options for his kids.

His daughter, Kinaya Jackson, goes to Aiton Elementary School in Northeast D.C. According to a study conducted by the D.C. State Board of Education, it’s the school with the lowest retention rate.

“I could see it happening just being a part of Aiton for the years I have," Jackson said. "I've watched numerous principals leave; therefore watching teachers constantly in and out, in and out."

He knows when teachers leave, the kids are left without stability and he’s worried about where that can lead.

RELATED: She refuses to leave. He quit halfway through the school year. Why some DC teachers stay and why some go

"Instead of you fueling the colleges, you'll be fueling the jails," Jackson added. "A lot of kids in the urban community are pushed to be an adult at an early age. The responsibilities become heavy. Sometimes school is their only safe haven."

There are nearly 300 students at Aiton. More than 80 percent of the students are also considered at-risk, which is why it is important for teachers to build long-lasting relationships with the students and parents.

Despite the challenges, his daughter loves school especially her teacher, Mr. Dias.

Twenty-seven-year-old Alejandro Diasgranados or as the students refer to him -- Mr. Dias -- has been at Aiton for five years and is one of the most veteran teachers on the staff.

That’s longer than statistics say he should be there. Teachers leaving the classroom is not just an issue at Aiton, it’s a crisis all D.C. schools are facing. The District loses 50 percent of its teachers after five years. According to the study released late last year, nearly half the teachers at Aiton leave on a three-year average.

Check page 16 on this report to see what your school's teacher retention rate is.

According to the D.C. Public Schools, the latest information on teacher retention shows an improvement. We are waiting to hear back from the board to determine how that correlates to the above study.

Their study also shows an increase in retention for teaches that are rated as highly effective. That determination is made by a teacher-evaluation system called IMPACT.

In 2009, DCPS reinvented the its evaluation system to put a focus on putting growth first -- improvement initiatives -- and to give teachers feedback using the following methods: instructional practices, student achievement and collaboration.

If you ever spend just five minutes at the school, you’ll see how much Dias means to his students and why building relationships are so critical.

"He's like an older brother or a dad because my dad is not around," said 9-year-old Markia Gaither, one of Dias' former students.

RELATED: 'No principal lasts here' -- What it's like to work at a school with the worst turnover rate in DC

"I will have Kinaya again," Dias said. "She will be in my fifth grade class. This will be my third time teaching her, and I'm excited to see how much she's grown since second grade."

Dias knows the impact he has on his students. He can see it in their smiles, their hugs of even the little things like the notes they leave on his desk.

"Mr. Dias, I wouldn't go to college," the note reads. "That's all I know. I hope you enjoy the rest of the school year. And I hope to see you next year."

“When I found the note, it was a sense of appreciation," Dias said. "That's the type of stuff that keeps me going each day. It's not the test scores. It's really those types of notes that bring the teachers back."

RELATED: 'I'll start crying,' DC teacher goes above and beyond to make sure his students succeed

“Whatever he was instilling in her then was helping her," Jackson recalled when Dias was his daughter’s teacher. "Driving her to want to go to school -- I just wish it was a lot more Mr. Dias’ out there. Every school deserves a Mr. Dias."

All of the statistics and number aside, Dias knows what students need most are relationships that can be life changing.

"The relationships I have with my students -- it's nowhere near just in the classroom," Dias said. "In the classroom is simply where we do work. I'm an uncle, a friend, a teacher, a doctor, whatever it might be for that situation. They need more than just education."

PHOTOS: DC teacher raises money to bring these kids to his graduation 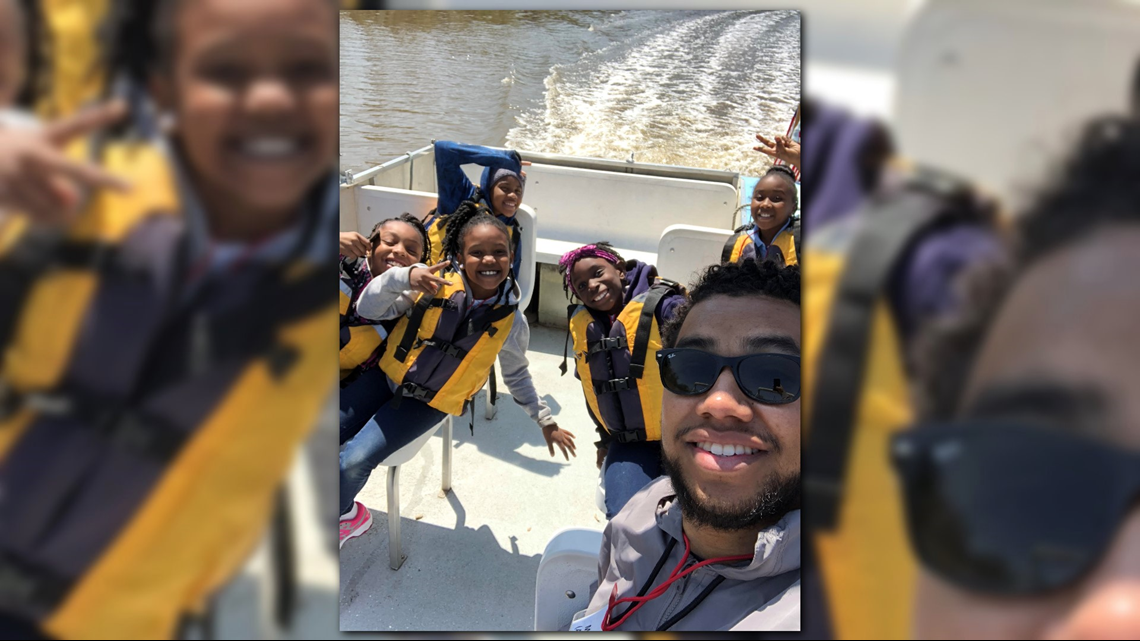