The DC Council passed a law called the NEAR Act. It was designed to be a different approach to stopping violence. But two years after the NEAR Act was signed into law, a WUSA9 Special Assignment Unit Investigation has discovered that critical Stop and Frisk data is not being collected by DC Police, the way the law requires. 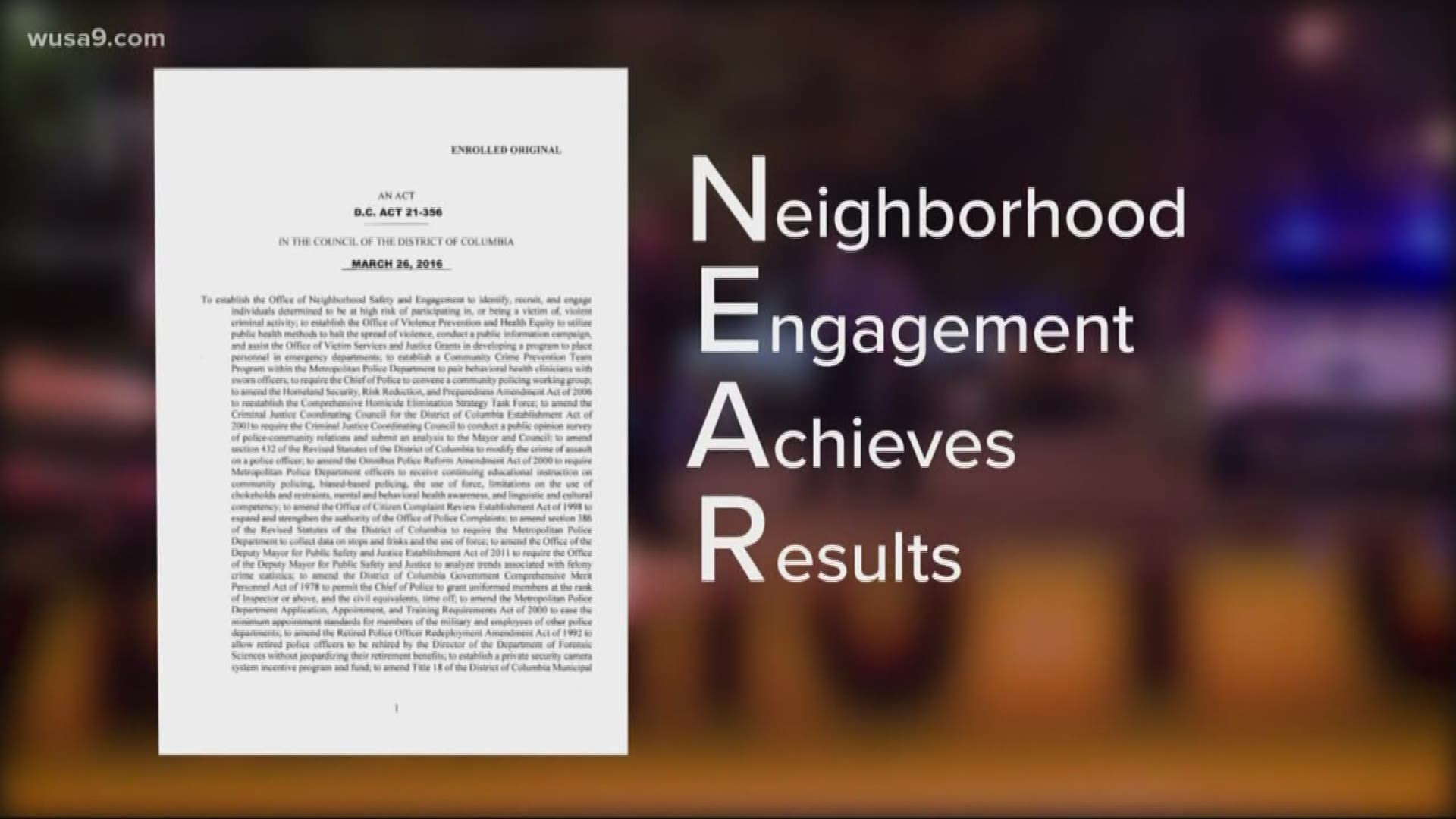 WASHINGTON (WUSA9) — The year 2015 was a violent year in the nation’s capital with 162 murders. Almost double the number of homicides in Washington, D.C. than just three years earlier.

The DC Council and DC Police knew they had to do something. So, the council passed a law called the NEAR Act. It was designed to be a different approach to stopping violence. And one of the things it requires is that police officers record a lot more information than they had been, when they Stop and Frisk someone.

But two years after the NEAR Act was signed into law, a WUSA9 Special Assignment Unit Investigation has discovered that critical Stop and Frisk data is not being collected the way the law requires.

Something DC Police, do not deny.

“The work of reviewing the data and sorting it into “usable” content is both laborious and costly,” the DC Police Department wrote in an email to questions from Special Assignment Unit. “MPD continues its efforts to find a workable solution to providing the data in a manner that is consistent with the intent of the legislation.”

The issue was front and center at the Committee on the Judiciary and Public Safety Performance Oversight Hearing on February 22nd.

DC Government Data Release and Timeline by WUSA9-TV on Scribd

“We’re coming up on two years since we passed the NEAR act. There are specific data elements that are to be requested,” Allen told Donahue.

Donahue leads the Office of Public Safety and Justice. And Allen was pressing him on why his police department is still not collecting stop and frisk data as required by Neighborhood Engagement Achieves Results, or NEAR Act, even though that law is nearly two years old.

“The questions are about the gaps and that’s fair. I get that,” Donahue asked. “We are not at the destination you are asking for, I will grant you”

“The law does spell out what’s supposed to be collected,” Allen pointed out.

That frustration, mounting inside and outside the committee room.

“And so, when the police aren’t fully complying with all the different acts of the NEAR Act, they are preventing the residents of the District of Columbia from having an informed conversation about what the policies should or should not be regarding police and how they interact with the community,” said Eugene Puryear, organizer of the grassroots group Stop Police Terror Project DC and one of the driving community voices behind the NEAR Act.

The NEAR Act has 20 different provisions aimed at changing the way Washington, D.C. approaches public safety. Fourteen aspects of the NEAR Act have been implemented, including standardizing police training for recognizing bias and use of force and expanding the authority of the Office of Police Complaints.

But other key provisions of the NEAR Act have not been implemented. Listed as “in progress” on the DC Government website, despite the fact the DC Council funded them almost two years ago.

That includes Title 2G: Stop & Frisk and Use of Force Data Collection.

In D.C., police officers can to stop a person if they match a suspect description. And they can then frisk that person if officer believe the suspect is armed and dangerous.

A six-month investigation by the WUSA9 Special Assignment Unit revealed eight out of 10 Stop and Frisks in the district are being done on African-Americans. Sometimes based on vague descriptions leading to thousands of stops on innocent people.

Stop and Frisk Incident Report by WUSA9-TV on Scribd

And that’s where the NEAR Act comes in. Right now, DC Police only log a limited amount of information about their stops. Like the date, age, race and location of the stop. The NEAR Act requires DC Police to do a lot more. By recording more than 20 additional categories.

Those categories include: The violation that led to the stop. If a search was conducted. The reason for the search. And whether an arrest was made because of the stop or search.

During his office’s February 22nd oversight hearing, Deputy Mayor Donahue downplayed DC Police’s failure to comply with the NEAR Act saying the vast majority of the required data was being collected, although some is not.

DC Police would not agree to a face to face interview to explain why. Instead, representatives from the department responded to questions from WUSA9 in an email.

In that email, DC Police reiterated the Department does “collect most of the data referenced in the NEAR Act for stops and frisks” but added “the data is not collected in a manner that can be easily sorted or consistently reviewed.”

Why not? DC Police say that information is all in different reports or kept by other agencies like the Department of Motor Vehicles.

“The work of reviewing the data and sorting it into “usable” content is both laborious and costly” the department wrote.

That’s not a good enough explanation for people like Councilmember Allen. Because almost two years ago DC Council gave the police department $150,000 to make whatever changes were necessary to start collecting the stop and frisk data in one centralized report. So, it can be studied like it is in other cities.

But DC Police now say they haven’t even touched that money. And have no idea when they’re going start collecting that Stop and Frisk data the way the NEAR Act requires. Below is the department’s entire email response, including WUSA9’s questions and the Department’s answers.

NEAR Act Inquiry by WUSA9-TV on Scribd

It all has community activists like Eugene Puryear questioning whether the DC Police Department really can’t follow this law. Or just doesn’t want to.

“And I think that MPD is unwilling and is trying to slow walk the release of this evidence because of reporting like what you all are doing, the accountability mechanisms that community organizations are trying to do,” Puryear said. “Because that they know when it really comes out, the raw data will match the antidotal stories about what’s going on with Stop and Frisk.”

After the Special Assignment Unit began its series of reports, DC Police posted seven years of Stop and Frisk data to its website. The first time the department has ever publicly released those records. You can also find that data by clicking here.