George Mason University will train the next generation of crime scene investigators. 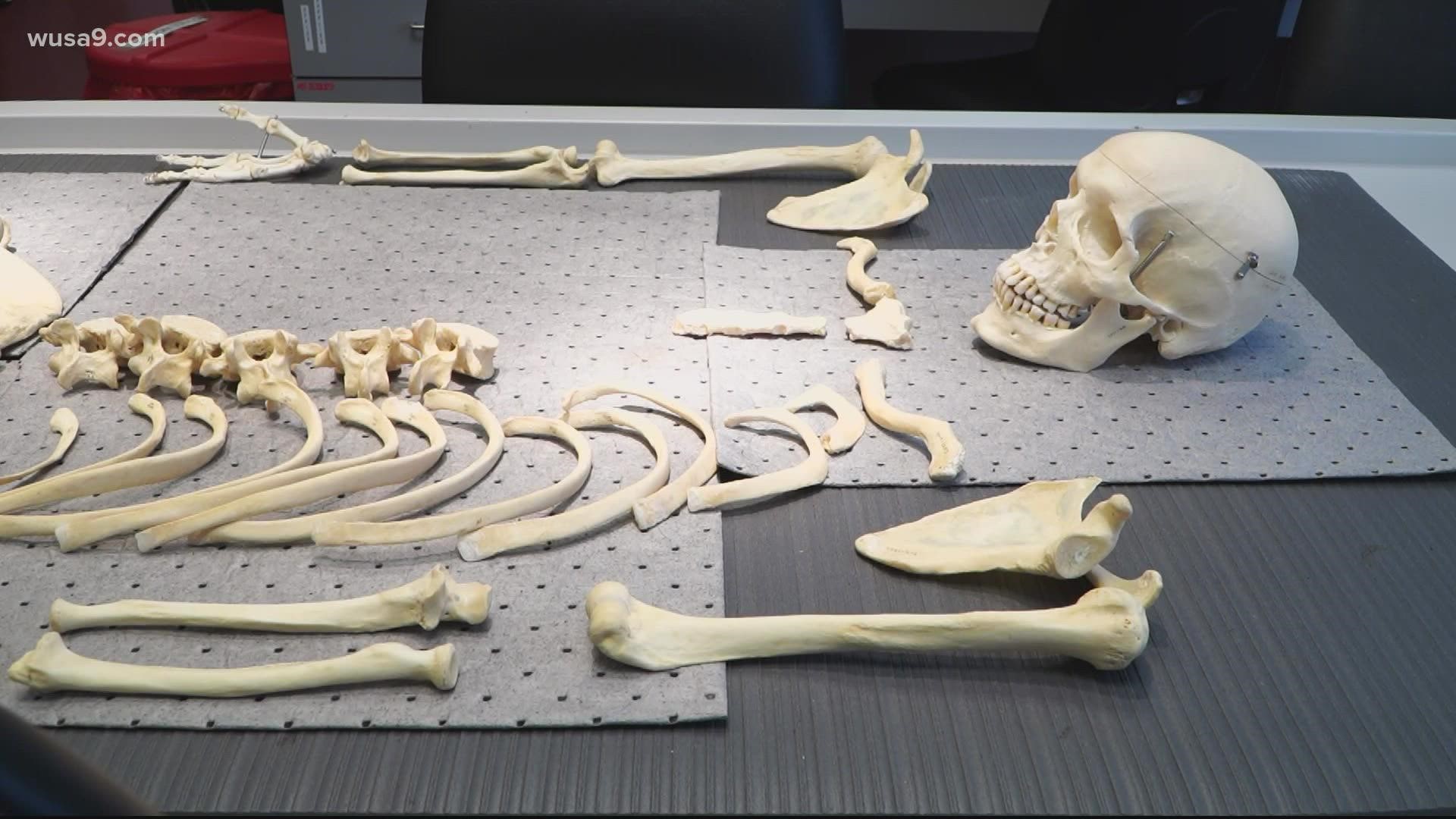 MANASSAS, Va. — Crime scene investigation is a common sight on popular television shows from "CSI" to "NCIS" and "FBI." But in real life, investigators need a training ground, and for the next generation, that will be a quiet field in Manassas, Virginia.

For now, a fence surrounds this mysterious plot of land, protecting it from prying eyes and some scavenging animals. But soon, several human bodies will be laid out in the open, in the middle of this wooded area.

"So many times, cases have just gone unresolved for years, multiple years, and the families never know what happened," said famed former FBI profiler Mary Ellen O'Toole. "And we can't explain it because we don't know what happened."

"The more information that we're able to develop here, the more we can understand an outdoor homicide scene, and what happens," she said.

O'Toole recruited Anthony Falsetti, who spent years in Bosnia digging up war crimes in mass graves, to help her create the first body farm in the mid-Atlantic region.

"This is an opportunity to participate in transformative science," Falsetti said.

George Mason University’s forensics program is only the 8th of its kind in the nation. WUSA9 visited one of the first, at Western Carolina University (WCU) near the Great Smoky Mountains.

Inside a fenced-in wooded area, similar to the Manassas plot, lay 20 bodies. Some of them have been there for years now, but three are recently deceased men. They're in the fresh stages of decomposition. Flies buzz in and out of their many orifices, leaving maggots behind.

This is where the science begins.

Students at the body farm take precise measurements, paying special attention to the level of decomposition. A human body can decompose quickly over a year, or it can take years to break down.

Pinpointing that science helps forensic investigators find out when a murder victim was actually placed in a field, helping to build towards a resolution in their case.

Credit: Becca Knier
A student takes a picture of a body in a field at Western Carolina University

"The best reasons to create more of these similar facilities is to kind of better capture these environmental differences," said Dr. Nick Passalacqua with Western Carolina University. "Not just in terms of like temperature and humidity, but also the different types of animals that are living in these areas that maybe are scavenging bodies, for forensic cases."

For students at Western Carolina, and soon at Virginia’s George Mason University, this unique experience with the recently deceased propels them towards several career paths.

"I've always thought about working at the Smithsonian," said WCU student Imani Patterson. "I'm still trying to figure out what exactly I want to do. But definitely somewhere along the lines of a professor or a crime scene investigator."

"I'm trying to go to med school," added Jackson Lane, another WCU student. "This is a good way to have that hands-on experience with a cadaver before you even get to med school. So I'd love to be like a chief medical examiner."

Whether inside a lab, or in the field, there is a certain reverence and respect among the students and professionals studying the bodies of those, mostly older people, who donated themselves to science.

"For pre-donors, I'd like them to know that they're treated with the utmost respect and that their generous gift is something that can be used for many generations," Dr. Becca George said of her students and fellow staff at WCU.

"We are right on the edge of the federal and state governments, the military, so we have the opportunity to collaborate with all those different agencies," O'Toole said.

In the coming years, the quiet fields of Manassas will see dozens, maybe hundreds, of people laid to rest. None of them will be buried. Their rest will be intentionally and purposefully interrupted, in the name of science, by the curiosity of students determined to help bring answers to the families of the missing and murdered.