The DC DFS had its accreditation pulled and that's led to questions about how evidence will be analyzed. WUSA9 got an inside look at part of the solution. 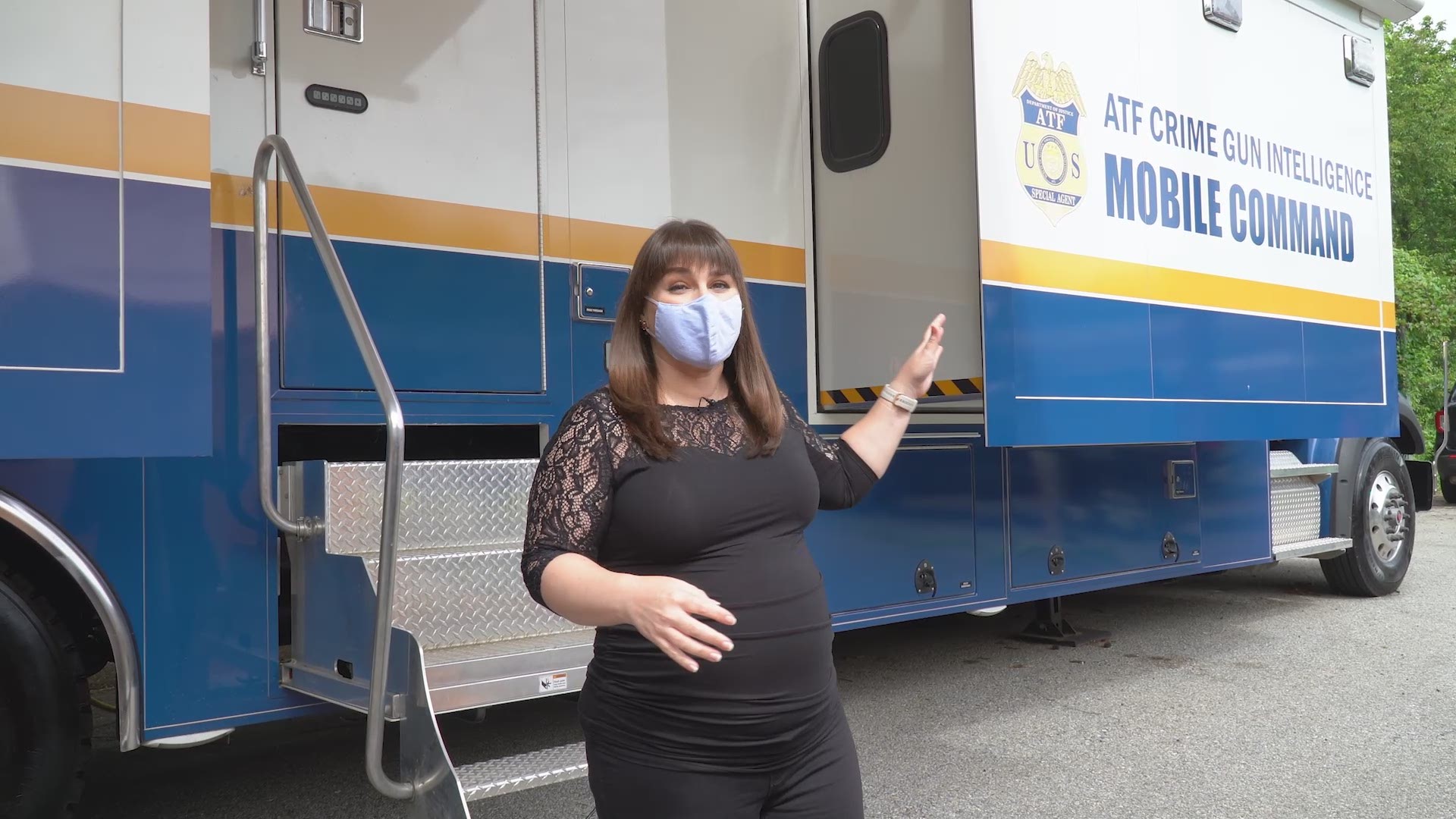 WASHINGTON — The ATF’s Crime Gun Intelligence Center, which is a mobile command center, has been at the MPD Training Academy since April 12. The ATF said the partnership allows them to process evidence from gun crimes in as little as two hours.

“Evidence here is basically processed from an analyst, who will collect and categorize every piece of evidence,” Sam Ward, who is the ATF Special Agent Group Supervisor for Washington Crime Gun Intelligence Center, said.

Right now, every piece of firearms evidence collected in the District is processed here, according to MPD Executive Assistant Chief of Police Ashan Benedict.

“The timing is perfect for us -- we're dealing with an issue with getting firearms evidence processed at this particular time in the city,” he said. “So, the ATF was gracious enough to bring this truck here that can do all that type of work for us.”

The District lab, where all this work is usually done, just lost its accreditation.

“There's been no drop-off in crime scene processing since this truck has been here,” Benedict said.

Benedict told WUSA9 there are approximately 900 shootings a year in DC. He explained on average, 28% of the firearms recovered and 40% of the shell casings MPD picks up have been linked to other crimes.

“We have 900 shootings, but we don’t have 900 shooters,” Benedict said. “The same guns are being used in a variety of crimes throughout the city and we want to find out who's pulling those triggers… … We can't do that without this type of evidence collection procedure.”

“This actually provides us real-time intelligence straight from the scene within minutes,” Ward explained. “So, we know this firearm or these scene casings are connected to other scene casings that we might not have known before. So, this gives us the ability to connect multiple scenes to the same firearms or the same persons.”

Inside, authorities can test fire the guns recovered and analyze the markings each one creates.

“It's almost as unique as the fingerprint on your hand, so it does help us identify one firearm that’s responsible for multiple shootings,” Ward said. “We could start reviewing information garnered from those investigations and start working collectively to identify that shooter.”

“I ask you to think twice about pulling the trigger,” Benedict added. “There’s other ways to settle problems and differences between ourselves but if you do, let folks know that investigators are coming after you.”

The ATF says the unit will be here in the District indefinitely, for as long as authorities believe they need it.