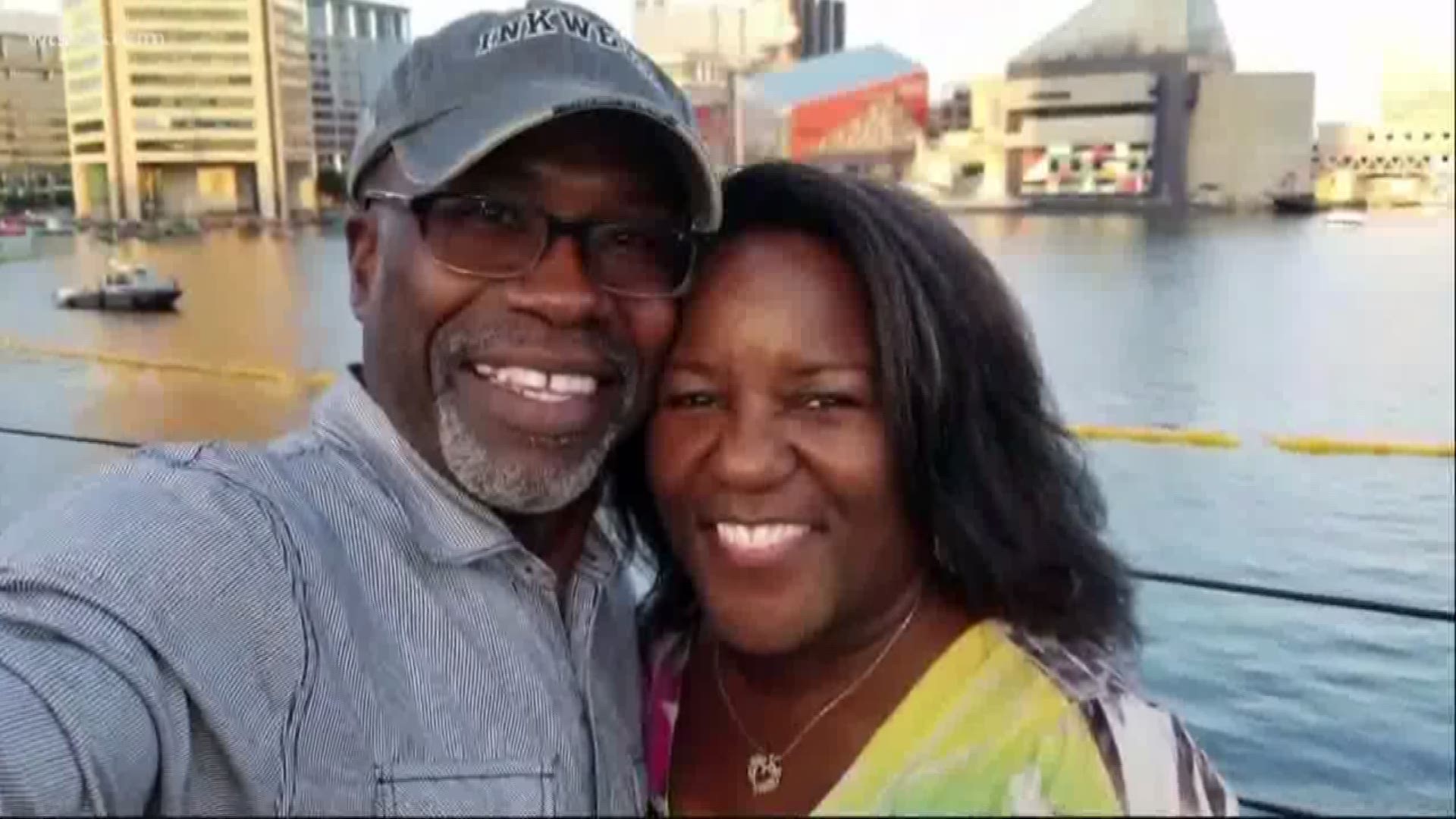 BALTIMORE — Police in Texas arrested the husband and stepdaughter of a woman for staging her murder - saying she was allegedly stabbed when trying to help a panhandler in Baltimore.

Jacquelyn Smith's husband, Keith Smith, and her stepdaughter, Valeria Smith, claimed she was stabbed while she was helping a panhandler on Dec. 1 on North Valley and East streets.

According to CBS Baltimore, police previously thought she was giving cash to a woman asking for money to feed her baby, when a man approached the car window, pulled out a knife, stabbed her in the chest and robbed her.

Smith's husband and stepdaughter were arrested in Texas near the Mexico border while trying to leave the country. They are being charged with first-degree murder.

"Like everyone in our city, state and across this nation, we mourned the senseless killing of Jacquelyn Smith. To now learn that family members staged this brutal killing is beyond belief and represents a double tragedy. They were responsible for taking Jacquelyn’s life with unconscionable cruelty and contrived to do so in our city under the guise of random violence, exploiting the legitimate fears of our residents. I commend our homicide detectives for their expert and tireless work in bringing those truly responsible to justice in this very troubling and sad case."