Hungry for lunch and no place to park? curbFlow aims to solve one of DC's biggest traffic jams

The website will let delivery vehicles sign up in real time for a spot at the curb -- and hopefully get them out of the traffic and bike lanes. 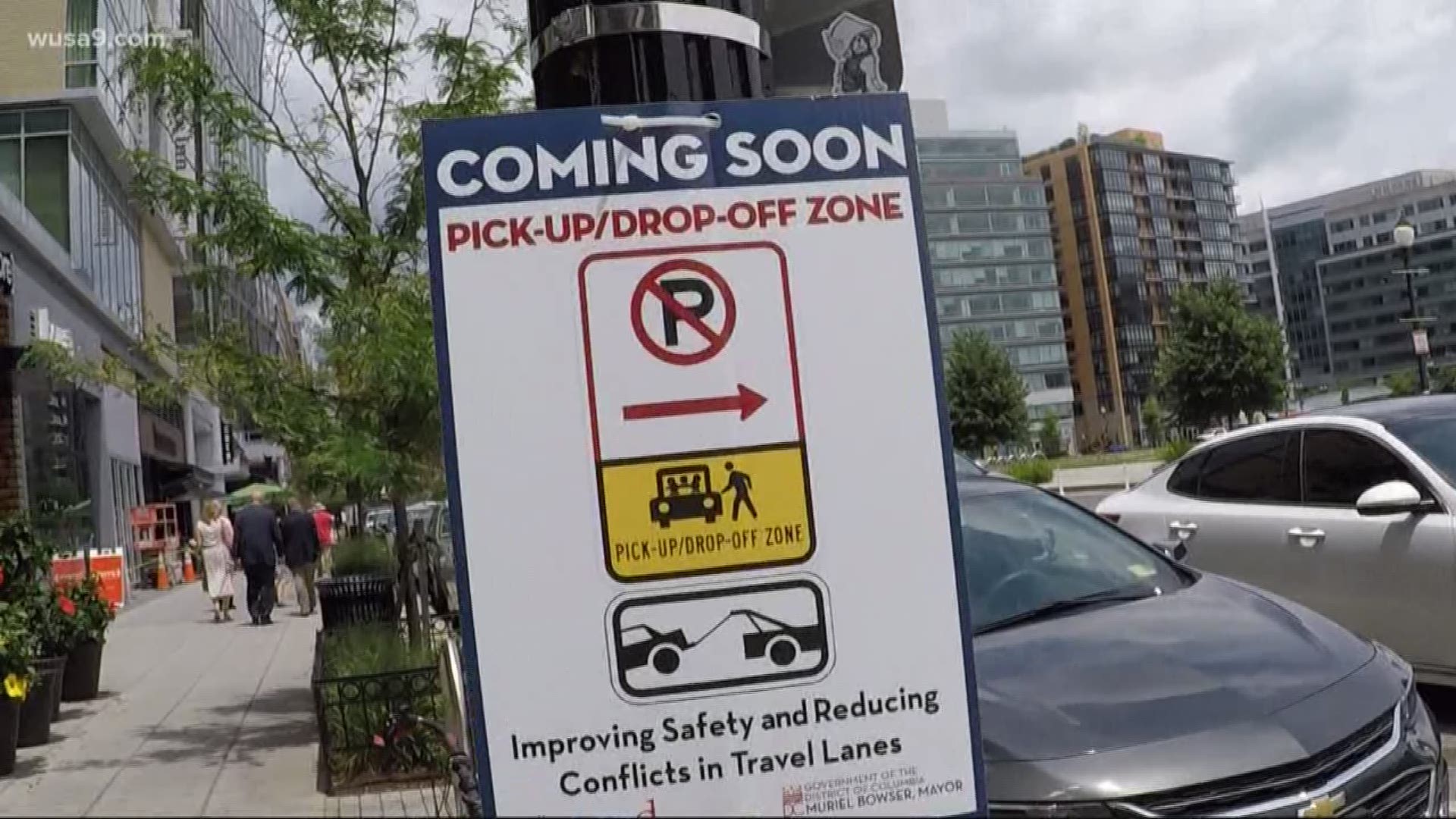 It's made even worse by thousands of new delivery trucks jamming the streets from Amazon, Uber Eats, and the surge of e-commerce.

Now the city is hoping to free up scores of curbside parking spaces and ease the clog of double-parked drivers.

The city is the first in the nation to experiment with a on-line cueing system called curbFlow.

First and M, Southwest at lunch hour. "It's horrible. There's no where to park," said one woman who was trying to grab lunch at one of three fast casual spots on the block.

"It's hard to find a spot, and then they give you a ticket," said an UberEats driver, who was racing to get her car out before traffic enforcement showed up.

There are cars double and triple parked, blocking the bike lane and edging out into two lanes of traffic, jamming up vehicles behind them.

"This is really ground zero for needing more proactive curbside management," said Ali Vahabzadeh, the founder of curbFlow, a high-tech start up that's created a kind of digital line for curbside loading zones.

It's like air traffic control for curbside parking. During a 12-week experiment this summer, delivery vehicles will be able to sign up ahead of time and then grab a spot in real time for one of nine curbFlow loading zones around downtown.

"This is a coming soon sign. This is letting everybody know that there is a pick-up and drop-off zone that is coming here," said Jeff Marootian, director of the District's Department of Transportation, pointing to a sign in the middle of the busy block.

For the hordes of delivery drivers, it can't come soon enough.

Commercial vehicles and private delivery cars can sign up for free on curbFlow's website for D.C.'s first in the nation pilot program. It's slated to start Aug 1.