Students are angry after they were notified two weeks before fall tuition was due that their scholarships are being taken away. 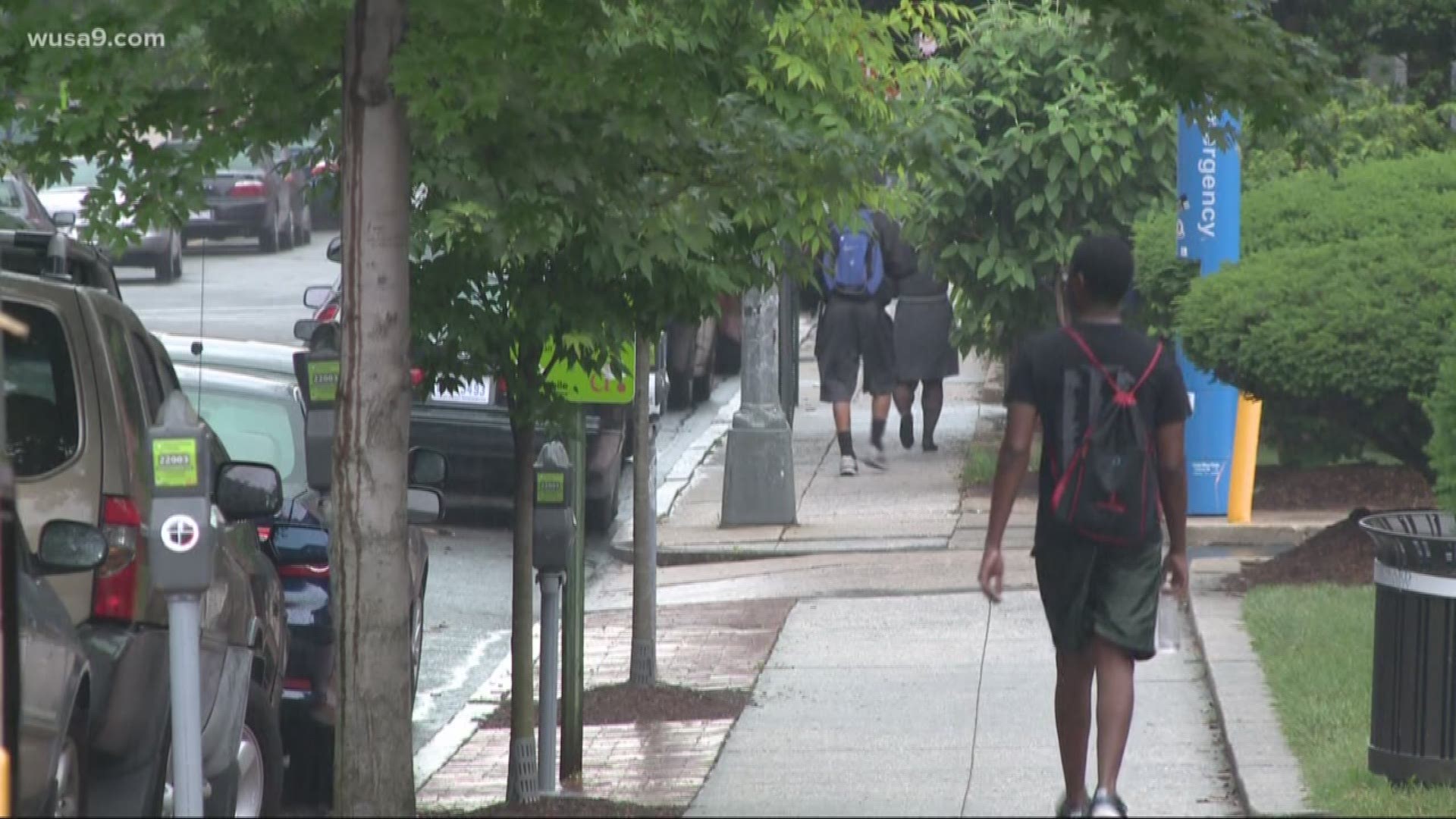 WASHINGTON — Jarkari Hargrove loves Howard, but he feels the school doesn’t necessarily love him back.

Hargrove is one of several students who took to social media after finding out he will not be able to return to school this fall. He said the university took away his financial aid on short notice.

“They don’t care about the students,” he said.  “There needs to be a change as to how money is handled at Howard.”

He and other Howard students say the school started revoking their scholarships around July 11, just two weeks before the deadline students needed to pay for their fall classes.

Hargrove said it was his understanding the school had abruptly changed its financial aid process.

RELATED: VERIFY: Yes, it's illegal if you don't respond to the 2020 Census. Here are the penalties you can face

WUSA9 reached out to Howard, which referred us to several statements.

The university claimed much of the information being shared in not accurate or lacking context. It also said it did not have a scholarship crisis.

Howard University contends that it notified students their scholarships would be put in jeopardy, on May 30, if their GPA requirements were not met.

“Howard University has not cancelled any scholarships for students who have met eligibility requirements,” an HU statement read. “In majority of the cases, students did not receive renewals of merit-based scholarships because they did not maintain the necessary GPA requirement to qualify.”

Some students say the university has not done enough to support students as they try to keep their grades up.

“I think it’s reasonable to say the university should have done more for them,” one of the individuals behind the movement said. “It’s more than reasonable, it’s necessary.”

A Twitter account named “HearUsHU” encouraged students to share their stories, and has been retweeting dozens, if not hundreds, of the #HUForgot messages they see pop up, as students continue to take issue with Howard for the way it has handled mental health and sexual assault issues.

“#HUForgot about me when I had to withdraw my freshman year after being hospitalized for suicidal ideation and extreme depression,” one man, @Dross_ThaPoet, wrote on Twitter. “Instead of withdrawing me, they failed me, put me on academic probation and suspended all financial aid. Two years later and I’m still fighting the case.”

The individuals from HearUsHU said they didn’t want to be identified because they were afraid of being retaliated against - and pointed to a press release the university sent out about threats being made against Howard, despite HearUsHU insisting no such threats were made.

In response, Howard University maintains that it did receive threats to its campus that were eventually reported to MPD.

"In light of the gun-related incidents on University campuses that have occurred nationally, we are fully cooperating with law enforcement," said Howard University president Wayne Frederick in a statement.

Still, some students said they did not feel like they're being heard.

“There are very sad stories that we have, and I guess people have reached out and they aren’t being listened to either,” one organizer said. “At the end of the day, what we’re really trying to address here is a lot of the reasons people haven’t been able to return – whether it be mental health issues or sexual assault – are due to the university’s negligence.”

They said they hoped the university would acknowledge it is “not doing well in some regards,” accommodate some of the students who lost their scholarships [due to the lack of university support] and “start a dialogue” about fixing some of the issues in the future.

According to Howard, its University Counseling Center has a team of 13 licensed counselors available to help students deal with any concerns they may have regarding mental health and sexual harassment.

Students also started a petition to extend the fall semester's due date and are collecting stories from other people impacted.

“If you aren’t providing them with the services they need, it comes back to [Howard] either way,” one of the people behind HearUsHU said Tuesday.

Hargrove agrees with that and pointed out he was the victim of sexual harassment last year, but the school didn’t do enough to address the problem.

“They didn’t reach out to us, they didn’t ask us ‘are you okay’ and they didn’t let the student body know what happened,” he said.

In another statement, on Monday, Howard said the safety and well-being of its students is its number one priority.

“One of the ways the University demonstrates this commitment is by providing dedicated resources to assist students that may be experiencing mental health issues or those impacted by sexual harassment, sexual assault or other forms of interpersonal violence,” the statement read.

Howard University also said that its Title IX Office responds to all reports its receives regarding sexual harassment and assault.